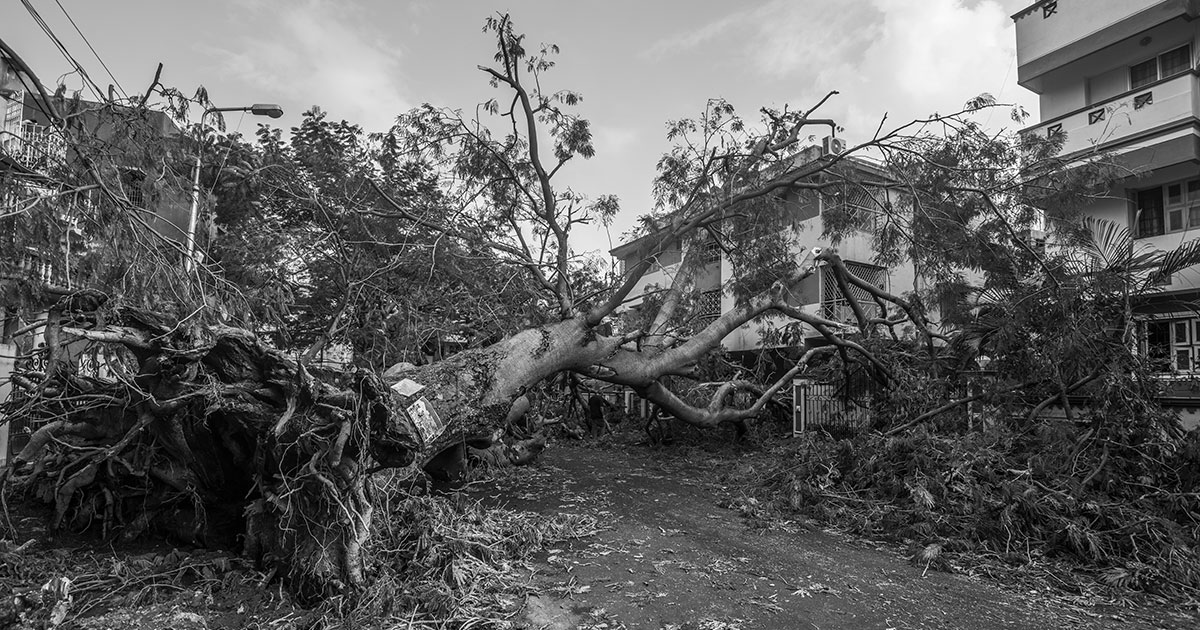 In the blink of an eye, lightning, wind, and thunder fall a mahogany.
Bits of bark fly in mist under jagged beams of moonlight, and artful branches succumb
to the weight of tomorrow’s timber, opening the plant to reveal a creamy orange interior.

Force unearths the entangled roots and gnarled claws that looped and tunneled
through layers of soil, sand, and limestone for more than a century.
Flanked by blades of grass now parallel to the horizon, they clasp clumps of yellow
alluvial sediment as a sign that the island’s river will soon run dry.

The loud crash means the men living nearby will gather in early morning
to mix their swinging of machetes and chopping of axes with the lyrics of unwritten song.
The oldest of them wakes his grandchildren to announce that the mahogany tree
has saved them from cannonballs fired by an indigenous god stationed in the heavens.

As word of the eternal giant’s collapse spreads, it unleashes memories
of a young ancestor called too soon to the other side.
Folks say she ignored the warnings—sky fruit dropped in her path then right on her
head—only to meet her demise on the concrete table now covered by sparkling foliage.

A frantic white chicken circles the newly created crater, cackling quietly.
She’s lost her roost, the limb she could barely reach, and pink skin shines
where she fluffed fine plumage just minutes prior—but she moves in like a church lady
dressed up on Easter Sunday, seeking grub worms in the upturned ground. 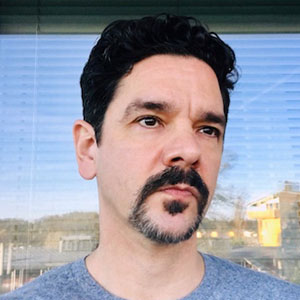 Don Edward Walicek teaches courses in linguistics and English at the University of Puerto Rico’s Río Piedras campus. His poetry has been published in the literary journal Califragile. In 2019, he was a Fulbright Scholar and a Fellow of the American Council of Learned Societies. He currently serves as editor of the academic journal Sargasso.