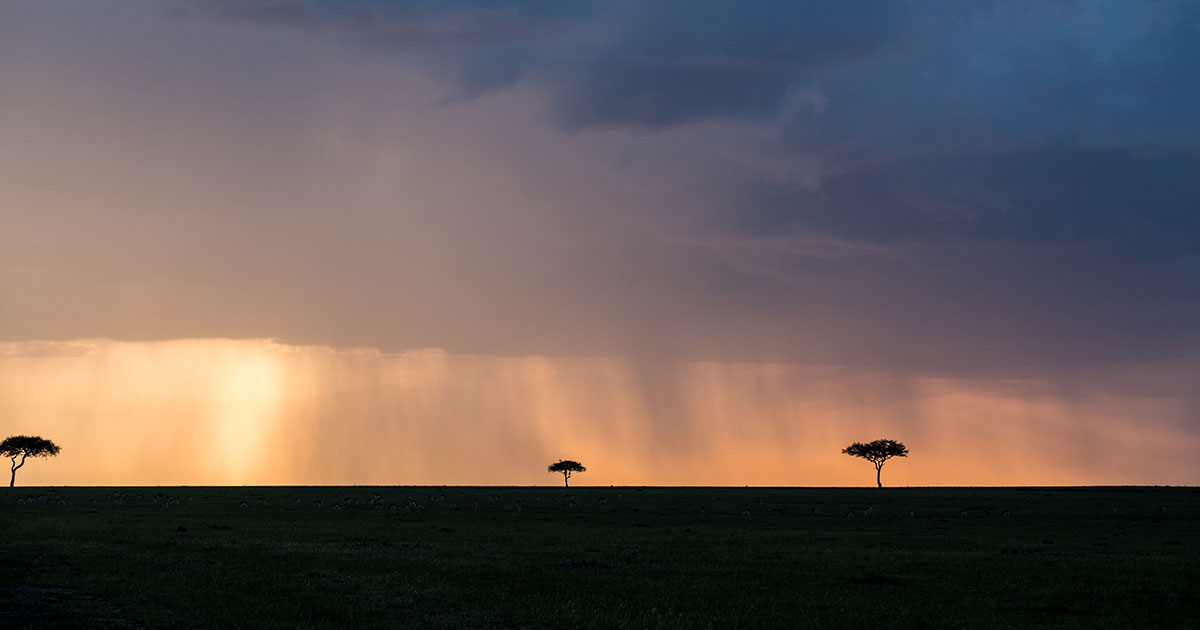 The Kenyan sun is sinking, round yellow fruit
in a sky stained purple and red. Fatu, my daughter,

from her thick, grey skin—are you feeling well again,
after the harvesting? Fatu’s backside is sore, her belly

still hollow. Mother, she says, I wish I could carry
the next of us the way you carried me. Will they

to the cooling earth, considers her answer through
a mouthful of grass. Watches the guards patrolling

with long, bright guns. They will make another of us
with frozen ghosts, says Najin. She misses Suni

and Sudan, the smell of their hides in the equatorial
heat. Our southern sisters will carry the new ones

for us. The new ones will be planted like seeds.
Olive baboons call out from the edge of night.

Mother, says Fatu. I will watch for them at the horizon.
She imagines their bodies building like clouds for a storm.

The night a neighbor girl knocks on our door,
baby rabbit in the bowl of her hands, I place

it in a darkened box of straw, know it won’t
make it to morning. My grandmother’s tradition

for the first day of each month: stand at the edge
of the bed upon waking, make a wish, yell

Rabbit sitting on the moon, pestling herbs
for the gods. A chant of white or grey rabbits

grandmother when I was still small. I must
give this little un-rabbit back to the ground.

Oh, to be so frightened that your heart cannot
go on. But first, I must wake my young child.

On this first of the month, I ease tangles
separate through my hands. Sense something

quivering just beneath what’s real as I leave
the room. From down the hall, I hear

of rabbits onto the floorboards. I hop
from foot to foot as they run past.

Orion in the Oregon Outback

Even the silence is swallowed by the dark.
December sky an impenetrable cast of stars,
but still the brightest forges anchor the map.

Shouldering red and blue giants, Orion hunts
as I watch from the playa’s edge, Winter Ridge
a shadow, a second darkness at the horizon’s rim.

Coyotes call into the black span of night, staccato
yip-howls sparring with the greater and lesser dogs
at Orion’s heels. And I imagine the hunter turning

his head to look back at his hounds, nebular chiton
swiveling about his knees as he quiets their animal
alarm. But it is too late. The she-bear and her cub

are already making for the milky swath of luminous
and dark matter where I now fix my eyes, which brim
from the biting cold and the thought of leaving this vast

and wild place when the sun’s golden horses wake
and hasten across the lakebed. But for now, I watch as
Orion—earthborn and heavenbound, great slayer of beasts,

hunter of every animal that exists—lays down his sword
at the feet of the northern sky’s queen. Hooks his thumbs
in his belt and tilts his head up, as I do, to take in the stars.

Orion in the Oregon Outback 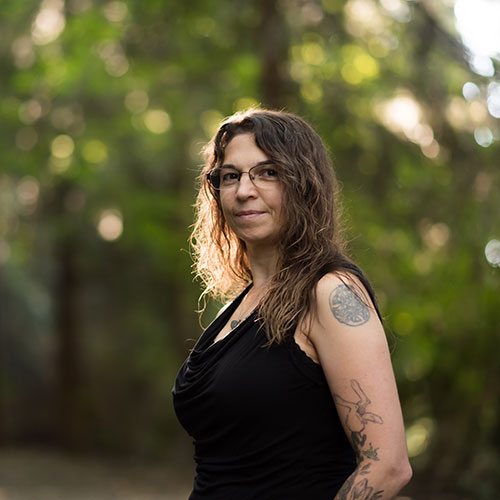 Brittney Corrigan is the author of the poetry collections Navigation, 40 Weeks, and most recently, Breaking, a chapbook responding to events in the news over the past several years. Daughters, a series of persona poems in the voices of daughters of various characters from folklore, mythology, and popular culture, is forthcoming from Airlie Press in September, 2021. Corrigan was raised in Colorado and has lived in Portland, Oregon for the past three decades, where she is an alumna and employee of Reed College. She is currently at work on her first short story collection and on a collection of poems about climate change and the Anthropocene age. For more information, visit brittneycorrigan.com.