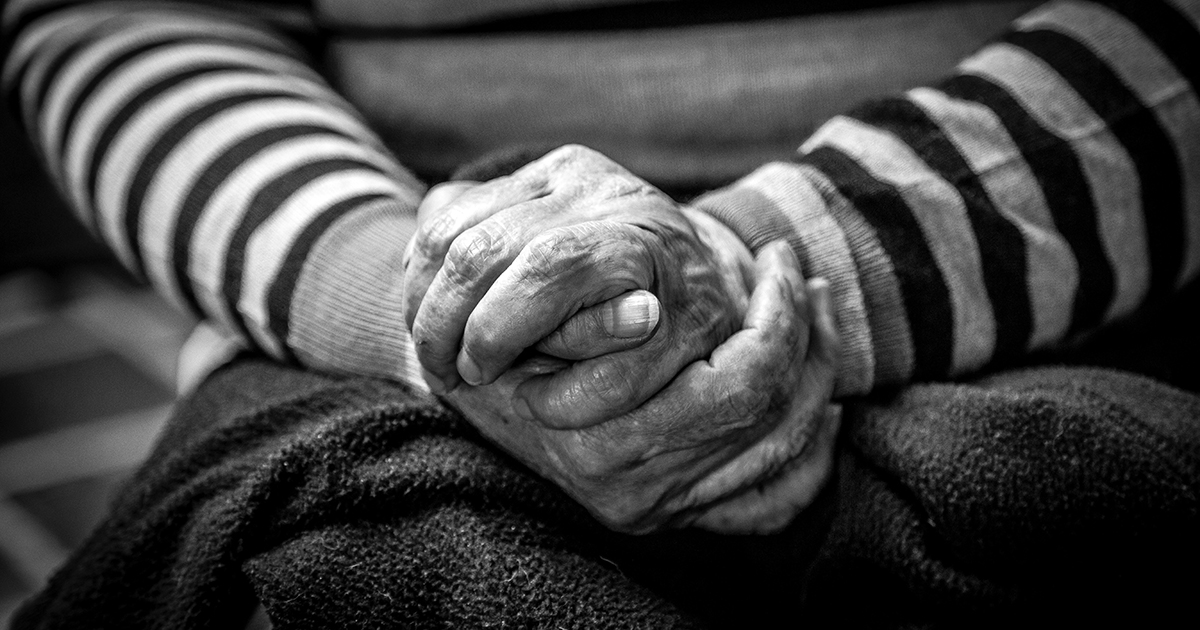 “What do you worry about?” An unmarried friend asked me recently when our discussion drifted into the uncomfortable subject of old age. “You have four children, a husband, even a good job. It’s us, the singles that have to worry.” I smiled at my friend, in absence of a better response, but inside I wondered. Would my life in its winter be better just because I was a mother? We all grow with the belief that time is relentless, but could it be that it turns out to be more relentless for some people than for others?

I started asking around. Mostly friends in the same age gap as me, that is, in our forties. I focused on women who haven’t got married, nor do they intend to. On women who most likely won’t give birth to a child. They were more eager to talk about the things that frighten them in old age than I thought, or simply, they had given the subject more thought than me. That was the first indication that old age troubled them more already.

My questions went along the line of what their fears are, and what their expectations. And somewhere between their answers I tried to grasp if their fears are justified or exaggerated. They all agreed on the following, though: If life is tough already, it is tougher for women, even tougher for childless women, and of course, the toughest for childless, old women. And they all agreed on the reasons.

It’s all about the money.

We all know that many women are getting paid less than men for the same job, and that men dominate the higher-paying, white-collar jobs, but somehow I had failed to associate that with the pensions they end up receiving. It is not something that has knocked on my door yet, until some of my friends pointed it out. “I have calculated my pension”, one of them said, “providing that things continue to roll as they do, because I know the quality of my future life totally depends on it.”

I hadn’t thought of calculating my pension until then. But after searching, it hasn’t been hard to discover that in 2015, on average in the EU28 women’s pensions were 40% lower than men’s. Which means that men are better off as pensioners than women are. In light of that, is a woman right to worry about her future more than a man? Definitely. Can I blame my single friends who overemphasize the need to get a promotion, earn more money, and thus save up for the years to come? Not really. It is the wisest thing to be done, since women tend to outlive men. More years as pensioners, means more money in need.

The health deteriorating doesn’t help either.

“And where will that money go anyway, if not for doctors,” a friend says and chuckles. Black humor aside, reason stands that the more you live, unfortunately, the more your health issues will be. And if you’re not married, or have children, you’ll possibly have to pay for being taken care of by people who wouldn’t do it otherwise. And you’ll have to face everything alone, as a friend stresses. You’ll have to get up to fetch that glass of water on your own, even if you’re not supposed to leave bed. I can’t argue with that, can I?

But I thought that we lived in organized societies, which means there must be adequate social planning for people who live alone. For people that are not protected by the embrace of their extended family. That old age is the moment when the structured state steps in, and says, You’re the weak. I’ll take care of you.

Well, not exactly. At least, not if you are a woman. Studies show that women over the age of 49 experience serious visibility problems in their respective societies. In other words, societies tend to ignore ages over fifty in their social planning.  Which can be wickedly associated with another point a friend made.

They won’t even consider us women.

Old age can strip you of your identity. Especially if you’re a woman. Because state and money apart, it is the way the people in your close environment perceive you that matters the most. And women have for too long been defined by the male-dominated societies by their usefulness to them. And no, a group of old women has never throughout history been considered a Council of the Wise, whom younger people will run to to get advice.

The usefulness that society has attributed to women comes down to their looks and the relationships they have formed. Women who are neither beautiful, nor mothers or wives experience serious problems in defining themselves in the eyes of others. And unfortunately beauty is usually regarded as a synonym to youth. All the more true if you are a woman.

After a lot of discussion, while drinking coffee with my single friends, I felt guilty for not spending more time with them. Somewhere along the line of taking care of my children, trying to make a living and doing things for myself, we seem to have drifted more and more mentally apart. But is that an excuse for not acknowledging the difficulties they face for making the same choices as men do? Is it an excuse for not fighting against a society who treats in the worst possible way some of our own? Are we in this together, or not?