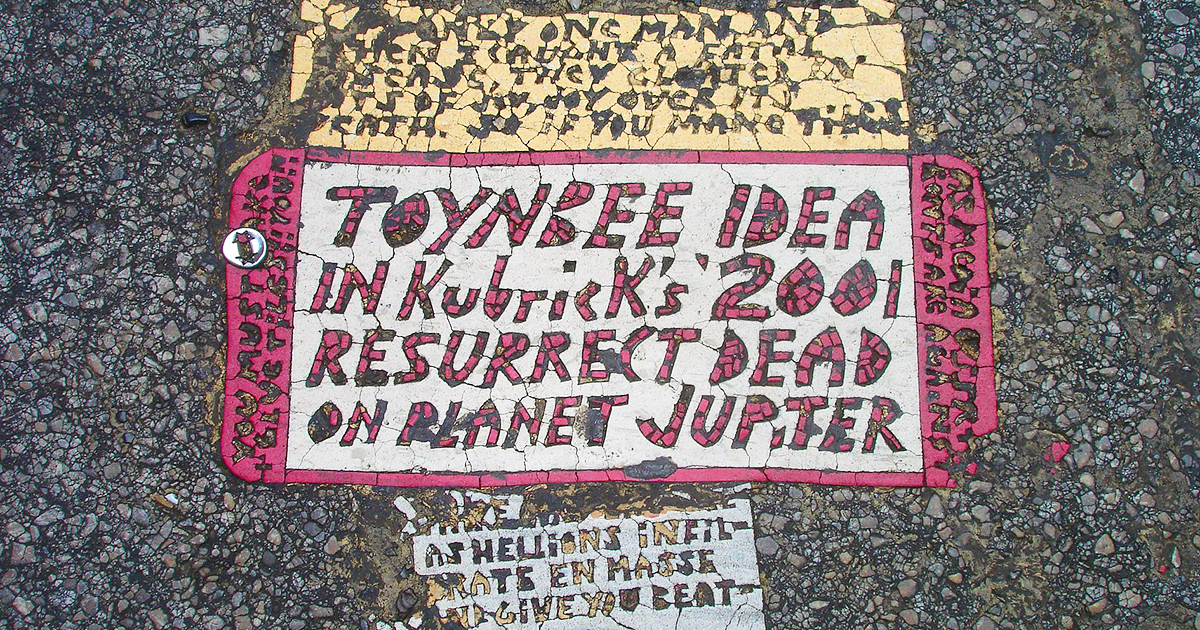 I’m drawn to a certain kind of obsessive behavior and the often strange art it produces. These folks are sometimes called “Outsider Artists”, or something less kind; I’m talking about people who dedicate years, sometimes decades, or their entire lives to creating some strange work of art that, often, no one really knows about until after the artists have died. Art that they kept doing, sans recognition or any traditional ideas of success. I think my obsession with this obsession started in school when I read Emily Dickenson. The way she was presented to us was as this reclusive poet who was unknown during her life. She sent a couple poems to an editor once, who didn’t like them because they didn’t fit with the current style, and that was that. But she kept writing, amassing hundreds of poems. I don’t think this portrait of her is entirely accurate—she did publish some during her life, for example—but this idea of her dedication to her work still enthralled me. I was a young wannabe writer who didn’t imagine I could ever find an audience. Who would want to read something written by a farm kid from Arkansas? But Emily Dickenson showed me that creating art isn’t necessarily about audience. It was a powerfully subversive idea.

Some of these people have become somewhat famous because of their work—Henry Darger comes to mind. Darger, if you don’t know, was a janitor with no artistic training who labored for much of his life to create a massive book about a mythical world. He illustrated it using collage techniques. This thing clocked in at more than 15,000 pages—and he actually created another, slightly shorter more autobiographical book of more than 10,000 pages, and a third of around 200 pages.

I don’t know that anyone would say that Darger’s stories are well-written, and the collage approach was apparently due to his limitations as an artist. So, he didn’t really know what he was doing—he lacked training—but he did it anyway.

Other examples of this obsessive need to create aren’t always obviously “art.” There are multiple examples of people, often with little training, creating strange buildings in their spare time. The Winchester Mystery House is probably the most famous. The story goes that Sarah Winchester, heiress of the Winchester rifle fortune, was told by a psychic that if she stopped building her house, she’d die, basically. Her husband and daughter had already died. So, forgoing an architect, she hired a bunch of carpenters to convert a farmhouse into a 141-room mansion. Since there was no plan, the results were unusual. There are stairways and doors that go nowhere, windows looking into other rooms, and, apparently, various touches that are meant to keep ghosts away.

The Toynbee Tiles are probably my favorite example of this obsessive art. I encountered a Toynbee Tile in Philadelphia several years ago near the Rodin Museum. I was crossing the street when I saw this tile, on the road. It said something like, “Toynbee idea/in movie 2001/Resurrect dead/On planet Jupiter.” The story is that, apparently, someone left tiles like this all over major US cities, starting in the late ‘80s. Whoever did this is unknown—and there’s some speculation that at least a second person took over at a certain point.

These aren’t considered art by many people. Most city governments have considered them basically graffiti and have destroyed them when found. Graffiti is starting to be recognized for the art that it is, though. I would say that there may be hope, but the evidence seems to point to the original creator of the Toynbee Tiles as no longer creating, and most of the original tiles are long gone. Several apparent copycat tilers have been working more recently.

I like the Toynbee tiles because of their ineffable nature. Similarly, I could include crop circles in this grouping. The great thing about crop circles is that a couple of people claimed to have started the whole thing because they were bored, but crop circle enthusiasts refuse to believe them.

Most of these people—Darger, the Toynbee Tiler—didn’t seem to be seeking any kind of recognition of their work, at least in terms of money or acclaim. I don’t know the stories behind their work, of course. The Toynbee Tiles, for example, have a political angle and could be problematic at times. This mystery is part of what fascinates me. I love the idea that a janitor whom many people would consider beneath them because of his job had this hugely creative mind, or that a reclusive New Englander wrote powerful poetry. Maybe the guy on the bus who keeps muttering to himself is actually working out his street art project. As Oscar Wilde said, “We are all in the gutter, but some of us are looking at the stars.”