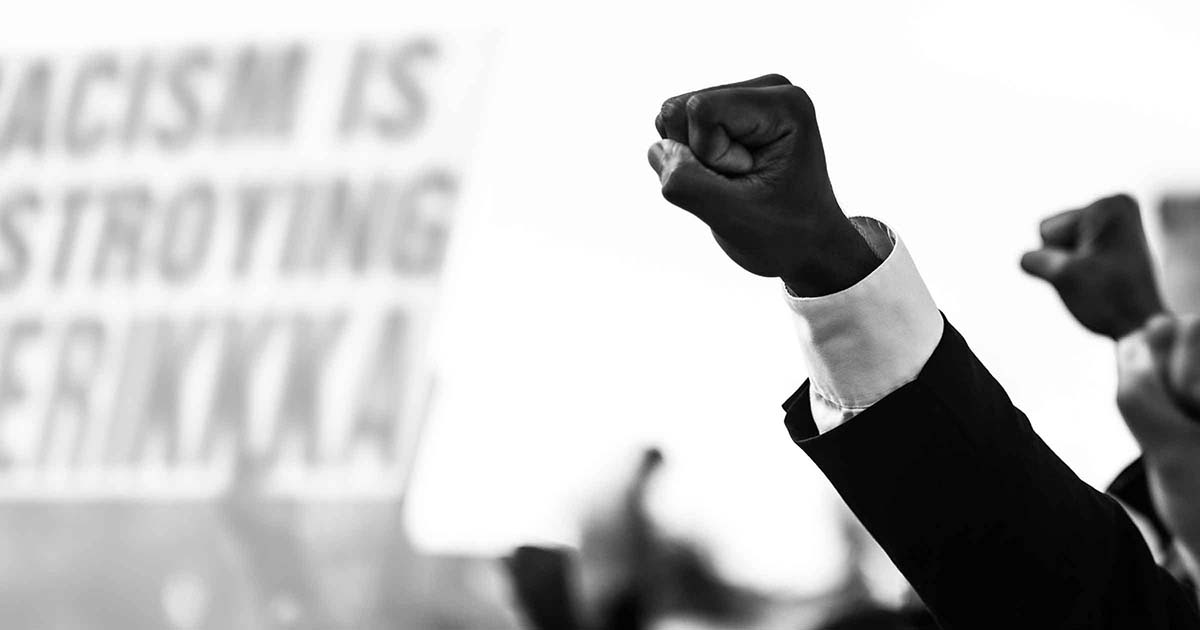 A few weeks ago, Houston Texans owner Bob McNair was quoted as saying “we can’t have the inmates running the prison” when referring to NFL players kneeling during the national anthem. As offensive as that statement is, is it surprising anymore in an era of Trump and social media politics? Are we really surprised anymore to see more and more people showing their true feelings, blurting out whatever racist, sexist or homophobic thing they can conjure up from their subconscious? Is it surprising anymore that people would be rightfully offended by the intentional word choices used by people like Bob McNair, and would stand up and demand better? It isn’t.

In a frenzy of racially motivated rallies, combative opinions and reality-bending morals, at times it can feel like the world is at its end; like the country has lost its sanity. Constantly checking our news channels only to see the next horrible thing happen; our anxiety telling us that other news could be lying to us. Protests finally speaking out on oppression are met with apathy and are labeled heathens, miscreants, or thugs. With a generation of youth exposed to these “in your face pick a side” arguments”, while they are themselves the recipients of these oppressive forces, we have to remember that this is not new.

We have to remember that Trump and the alt-right didn’t create racism or bring it back from obscurity. We have to remember why we even are offended by statements like Bob McNair’s. We have to remember why we can hear a statement like “inmates running the prison” and immediately know that it was directed at certain players over others. Most people would hear that outdated saying and realize the mistake in using it to talk about your predominately black team that you own. This is more than just the political climate that we have been wading in for the last two years. In America there is still, and always will be, a systematic perception of young men of color. A history of criminalizing men and women of darker skin that has been carried over generations.

Super predators. It is a term that was not only brought up by Donald Trump against Hillary Clinton in last year’s presidential race but a term that will have a lasting stain on her career. This term, “superpredators”, and her involvement in the 1994 crime bill are flaws that make it hard to tell if they had an effect on her election loss, but it brings up a bigger story that has more relevancy. Hillary Clinton might be famous for the term “super predator” but she wasn’t the first to use it. The term was originally coined by political scientist and former Bush aide John J. Dilulio Jr. and was meant to categorize and label crimes done by juveniles in gangs and separate them from other crimes, making them top priority; a perceived threat to the country. It wasn’t surprising that most of the crimes—especially the highly publicized eleven-year-old Robert Sandifer and Shavon Dean murder cases—were predominately young men of color.

By the early 90’s, when the term “superpredator” was spreading like wild fire we have to remember that there were other terms that were already being used to categorize crimes committed by minorities that separated them from white counterparts, including crackheads and welfare queens. “Superpredators”, like many of these labels, was meant to be demonizing. It was meant to produce an irrational fear of a threat perceived to be foreign from the ideal look of America; a threat that later on proved to be inaccurate. A “superpredator” had a look and grew up a certain way. Talked a certain way, walked a certain way. Even if they never committed a crime.

Flash forward two decades after Hillary Clinton’s 1996 speech where she says “superpredators”, to when my entire generation was old enough to vote. Subconsciously stuck in a limbo of political overload. Who should we vote for, who would also fight for our voice, who would help us? Flash forward to these same kids who are now adults living their whole lives as perceived criminals, losing parental figures to mass incarceration. Flash forward to me, a black man, standing at the voting booth on November 8, 2016 ready to vote for Hillary Clinton because I was told this side was better; because I also saw the other side that was inherently worse.

Like cattle slowly checking the boxes they tell us to check because doing so gives us a voice. It is hard to continue thinking this way when young voices, future voices are silenced. When there are peaceful protests that are labeled deviant.

Luckily for me I was raised in a fairly decent suburban neighborhood, with a father figure who was more than just around. But even then I knew kids whose families were separated by incarcerated parents. I knew kids from a very young age who reveled in the rebellious idea of being a thug, accepting the societal expectation they were presented. Kids as young as elementary school following in the footsteps of older brothers or cousins who themselves were lost in the systematic perception; lost thinking that there was only one way to be, one way to exist. But they told us we were the future. An uneventful future where armed security and metal detectors are stationed right at the school doors before kids can go to class.

Now we are living in that future. Has anything improved? Yes of course, but by how much? I am the future of the young men of color who were told they weren’t going to be anything more than “superpredators”. With that being said, I am also history to the younger generation. A history that flew by, taking steps backwards, and also didn’t do as much as they could to change before people like Trump made open racism marketable. I can see the younger generation even more lost than we were, or is that how every generation views the next?

I’m living in the future, where everyone has a computer for a phone that can connect to the entire world but we are still labeled by the color of our skins. The fights and protests and rallies are too late. Our voices are too late. Especially when people we look up to and inspire to be, like our favorite music artists and sports icons that look like us are called prisoners. We are a future fading to history. Fading to that “once upon a time” when everyone did things that made no sense. We will be remembered for having Neo-Nazis protest in the streets thinking Jews were going to replace them and young people speaking up against racism, the criminalizing of youth, homophobia, sexism and the unjustified deaths are called heathens or “un-American”.

Robert Taylor is a student, who is pursuing his passion for writing. He loves all genres of writings and films, but has a soft spot for weird science fiction, finding inspiration from writers like George Saunders, Laurie Anderson, J.G. Ballard and countless others.  He also has a degree in Criminal Justice.  He lives in Long Island, New York.