MONEY, POSSIBILITY, AND IMAGINING OUR FUTURES 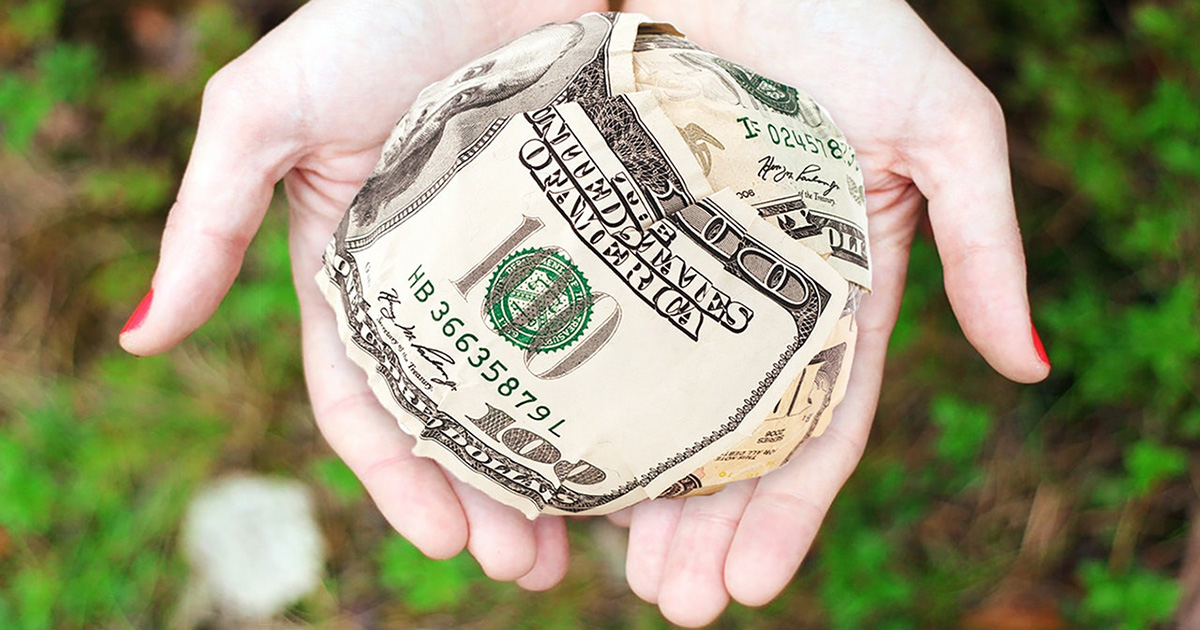 Hustling, freelancing, random day jobs … after I left home, I was on my own to make it work with my labor and the help of the queer punk community and straight up audacity. I ended up in New York City: a place both creatively magical and wildly economically inequitable. One day I was in Brooklyn, gazing at a stately brownstone and saying to myself: “Awww geez, I’ll never be able to own one of those… I can’t even afford to rent an apartment in one!” This was approximately the 3,546th time I’d told myself that, and it felt bad every time.

Something flashed in my mind: Is that true? Like really, forever true? You also thought you’d never find a job you liked, or go to Europe, or fall in love again. But every one of those happened.

I stopped walking. Hold up! Who was this so-called authority in my head, telling me “never”!? And why did I believe her, when as a progressive and radical I was willing to rip apart every other one of the ideologies and beliefs I’d been taught?

I was raised in a working class environment in the US to have low financial expectations and inexpensive passions. As an artist and punk, many of my friends struggle economically, and for many years so did I. Rather than feel bad about it, for 15 years I created DIY art tours and practiced making magical somethings out of nothing while piecing together part-time work. These are some of my proudest accomplishments. I survived.

But this day, looking at that brownstone, I decided to figure out what exactly was in my way of buying a house in NYC, versus what the authority in my head had been telling me. I gathered my audacity and started looking into mortgages, down payments, taxes & income requirements. I called banks, mortgage brokers, shady and less-shady realtors. I made a list, had an agenda and took notes. Out of this experience I got three things:

With that, I’d started to look at my desire as a possible future: something I could show up in, rather than watch from the sidelines. It was a mental shift decades in the making, and it is no less than deciding to believe I have a future self to look forward to.

Now I’m flipping the script: from making something out of nothing, I’m learning to make something out of something. I’ve looked for guidance and ideas all over, and along the way I’ve read every finance and money writer I could, and found some great and some trite. “Change your mindset, change your finances” pieces rub me the wrong way, as many simplify and obscure the lived reality that informs our future visions: “Think yourself wealthy”?!? LOLZ. Sure you can just “think your way” easily – if your lived reality doesn’t also come with active oppression and lack of resources.

But here’s an important fact: constraints are not the whole picture. We don’t live in a wholly deterministic world. We do have some power to nudge our lives in this direction or that. We are agents for our future selves. Our beliefs inform the strategies we’re even willing to entertain. As a matter of fact, it was only when I did some belief-shifting for myself that I was able to figure out the steps I needed to take to go from economically precarious to stable. That’s a mindset shift grounded in reality.

To go back to what I learned about buying a place in pricey NYC, learning exactly what would need to happen financially to get there made it way more real. Making it real put me in a place of choice: knowledge is power. I was struck by the realization: Just because I don’t have a $125k/yr job right now doesn’t mean it’s impossible—it means it’s not happening right now. I could, if I really set my mind to it, upend my life, figure out how to do a bootcamp or go into sales and get a $125k/yr job. Other people do it. Basic white men who don’t even work that hard do it. Even if I don’t have what I need now, what I thought was impossible might not be, and I can always use the information to change course.

But, unlike in the simplified versions of mindset transformation, I know I need to understand the constraints in my way so that I can be smart enough to navigate them.

Here’s how I see these constraints play out:

I started to get stoked: what if everything I thought about money and how it impacted my future could change, as long as I understand the real vs fake constraints, and actually believe I can act to change my future?

Take the example of a first-generation college or graduate student: Yes, education is technically open to everyone, but the hurdles to imagine that *you could* do it, and figure out how or what to study, are much higher if you have no models or guidance. Not to mention the money/loans part of the equation.

Another example: coming from a family where no one’s had a “professional” job it’s harder to imagine let alone figure out how to have a professional career if it’s not something that even comes to mind as an option. Working for clients instead of a boss? HOW!? If you don’t imagine it as possible, it will definitely not happen.

TO BREAK OUT OF INTERNALIZED CONSTRAINTS:

Your task is to figure out the difference between real constraints and self-imposed ones, so you can get out of your own way. Your goal is to imagine possibilities for your future self and get some specifics so you know what you’d do next.

In the journey towards our future selves, figuring out our relationship to money is a key step, because money is always a proxy for other things. Yes: mindful spending and courageous career steps matter a lot, but so does what we believe is possible for ourselves and how we act under the constraints we’re dealt. Depending on the messages we’ve internalized, we could be cutting ourselves off from possibility—and believe me, that’s just what the powers in place want. It’s a radical act to believe you will persist in a harsh world, and I think each of us deserves the depth of that self-belief and sustainability. What would it take to really think big for yourself so you can survive to thrive in your future? 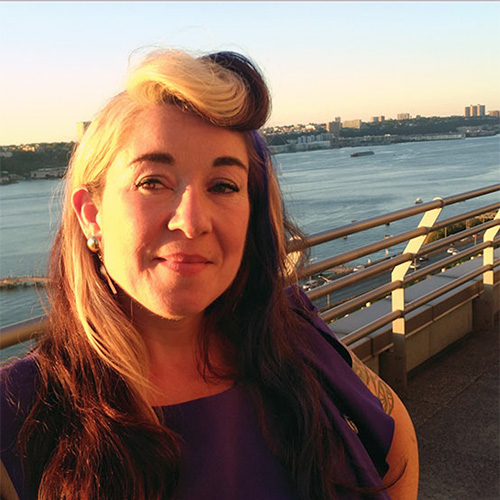 Hadassah Damien is a Brooklyn-based artist, activist, small-business owner, and creator of the iconoclastic finance blog and education series Ride Free Fearless Money. Her mission is to stabilize marginalized communities by empowering folks’ relationship to their money, and to help people hack capitalism.

Read more from Hadassah at www.ridefreefearlessmoney.com, check out her free Money Cleanse eCourse on thinking bigger and applying that smartly to budgeting, debt, and your goals, or join a Divest/Invest challenge Nov 24-Dec 3.

Navigating social and economic systems that create the complex and often unfriendly world of finance, credit, and debt often equals finding your way around impediments. In the forthcoming Handbook for Hacking Capitalism, progressive finance writer Hadassah Damien takes the concept of hacking and adds social justice values to motivate and instruct us on how to move past fear into positive action around your money.  Examining class as well as systemic loopholes, you get strategic, intersectional, and learn to give banks less money and each other more. Read a sample chapter & get a copy when it’s released here: www.ridefreefearlessmoney.com/hacking-capitalism/ 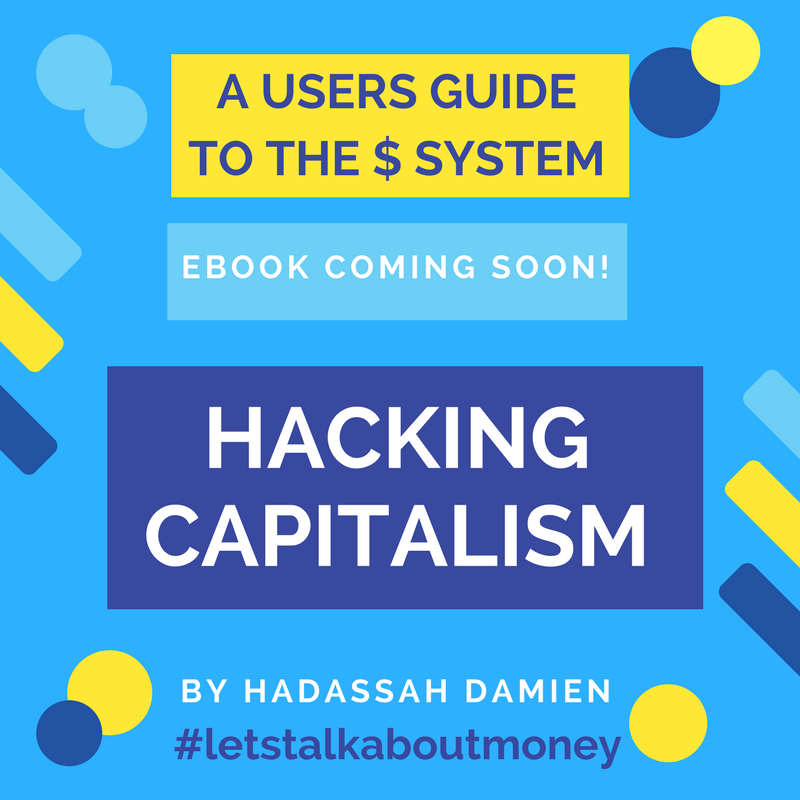