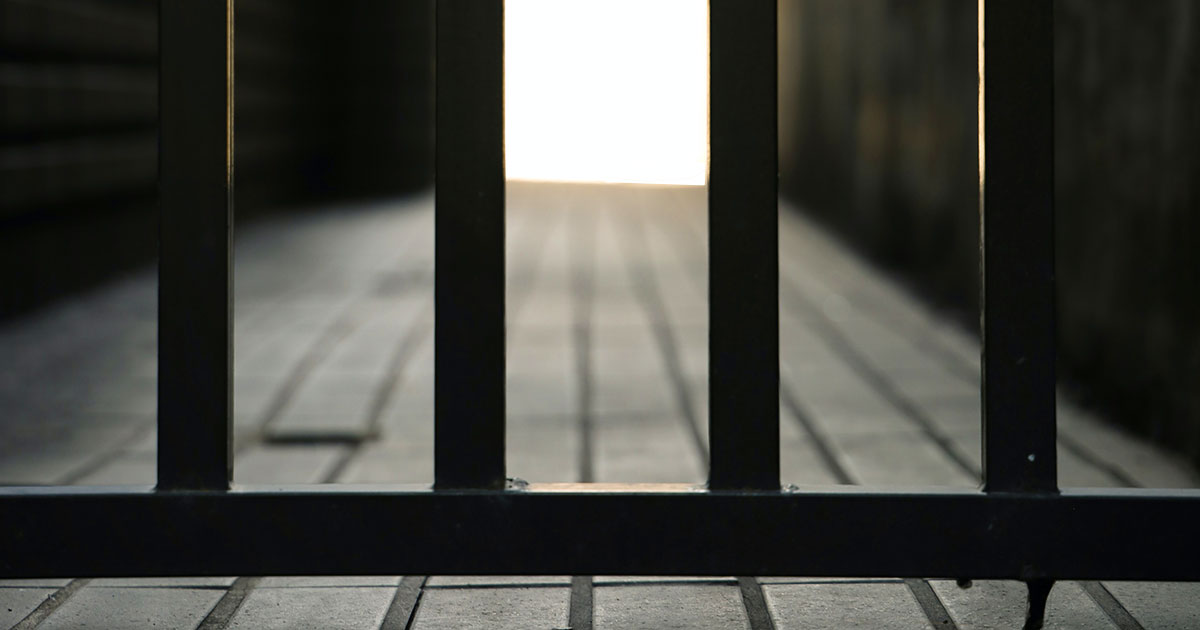 Many people belong in prison, and should stay inside for a very long time.

This isn’t a popular statement to make where I live. In fact, it would be downright dangerous to share this opinion with the residents on my cellblock, but I still think about it often. It’s a conservative point of view in a place where almost everyone is against law and order, morality and ethics. I won’t share this sentiment with the guys around me for fear of retribution; I would be called the po-lice, labeled a snitch, or just seen as an arrogant prick in a place where it’s best to try to fit in a little. But the truth is that a lot of people in prison deserve to be incarcerated, and society is better with them off the streets.

Here’s the thing though—not everyone inside the fence is a bad person, or even a real criminal. Men’s correctional institutions all over the country are filled with supportive dads, successful businessmen, loving husbands, community-minded neighbors, dutiful vets, and caring sons. We broke the law and should be held accountable within reason, but just because we’re locked up doesn’t mean we’re animals or evil human beings. There are definitely twisted individuals in prison who I agree should never be freed, yet not everyone is like that.

I’ve made some exceedingly poor choices because of my addiction and selfish ways— lying, stealing, cheating, fighting—but I’ve matured into a more virtuous, sober version of my old self, and I accept responsibility for my past actions. I’m not a victim, and I’ve met many other guys in here who think the same as me. Some of us blew our second, even third chances, but haven’t stopped trying to better ourselves and continue to seek a new life. These are the men who donate deodorant and stamps and Ramen soup to indigent inmates, who spend their days and nights tutoring those with no education for the GED test, who reach out or lend an ear or comfort someone’s loss. Men who do for the sake of doing. Who have nothing to gain.

During my six years in the criminal justice system, I’ve met a lot of prisoners who are well-adjusted, good-natured, smart, talented, kind, family-oriented, sophisticated, professional, or college-educated men who did something really stupid to come to prison. Their lives upended in an instant by one awful decision: DUI manslaughter running a red light after a wedding; laundering money for a family friend; selling an ex-fiancé’s belongings at a pawn shop; dealing drugs to support an aging mother. All crimes, all unjustifiable.

There’s no excuse for criminality whatsoever, but just as there are really bad people in the free world, there are some genuinely good people behind bars. These men were accountants, fraternity brothers, flight instructors, engineers, stay-at-home dads, entrepreneurs, and volunteers. Everyday people we may meet at church or Foot Locker or coaching soccer and never think badly of them. Never judge them as less than or point them out as pariahs.

Ordinary, law-abiding citizens can make major mistakes too—no one is infallible. I’m reminded of a phrase uttered by many of the correctional officers and staff I’ve met over the years: “I could’ve ended up in here with you…if I’d been caught. Lots of people have done something to get arrested.” I’m not implying that every person has committed a crime, but a lot have and never had to pay the price.

I would also say that a large segment of the prison population is not good. They have no remorse, no future goals, and show no semblance of civility or common courtesy. Given the opportunity, these convicts will extort, manipulate, assault, or bully whomever they can. They are violent career criminals who only care about themselves and will do anything to take advantage of someone. They have never learned the difference between right and wrong, and don’t care to. As the Japanese proverb says: “Forgiving the unrepentant is like drawing pictures on the water.” I can’t support these men if they, even after given a chance, will not make the effort to change into someone better.

These men are incorrigible, and I find it difficult to relate to them. Since coming to prison, I’ve always been drawn to the intellectuals, the ambitious, and the kind-hearted. They’re not hard to find if you look and listen: nonviolent inmates with poor decision-making skills or addictions; Lifers who committed a grave sin, but then commit the rest of their lives’ to helping other people, deeply remorseful for their crime: teachers who would rather plant a seed of knowledge in someone’s head than do anything else, giving up their free time unselfishly day after day. These men are not a lost cause. They are worthy of our admiration or consideration for parole.

I’ll admit that my opinion is skewed towards a rigid stance. I think if somebody does something unscrupulous he or she should be punished—including me. I was raised in a household with a strong moral compass; inherited principles like do unto others as a basis of living. My parents taught me values and conditioned a sense of fairness into their kids, and they’re appalled at the path my life has taken. My family loves me unconditionally, but they disagree with almost every decision I’ve made in the past fifteen years. I’ve embarrassed them and apologize all the time, even though I’ve been forgiven. I feel like my remorse, added to my decency, equals the best they could expect out of me while in prison, and I know that they are proud of me. Many men that I meet in here can say the same, and they’re the ones who can change even more if the system incorporated self­-improvement programs, work-release, and leniency into its mission.

There is humanity in hell, and I’ve seen it firsthand numerous times. Not long after I came to prison, I stood in the chow line and watched three thugs make their way over towards a pretty correctional officer, a new trainee who was greener than grass. As the unqualified guard timidly deflected their vulgar sexual remarks, they inched closer into her personal space until she was shaking and they were verbally raping her. I looked around, amazed that for once there were no other officers nearby, and saw her doing the same, desperately cornered as the men groped at her. She didn’t press the electronic panic button on her hip, so without thinking, I rushed over to her aid. As I neared the scrum, I realized that another big guy I’d only met once was following me to help. After a tense moment of threats and cursing and some pushing, Keith and I managed to peel her away and I instructed her to leave.

“She shouldn’t work in a prison,” he said afterwards, as I scanned the crowded chow hall for retaliation.

Keith didn’t hesitate. “Because it was the right thing to do.”

In that moment, I realized that my own preconceived notions would be shattered, and I decided to try and look for some good in the men around me, instead of always looking at the bad. He had changed my perspective and opened my mind to a greater possibility—that I could learn, and even thrive behind these walls, and maybe even meet a friend or two.