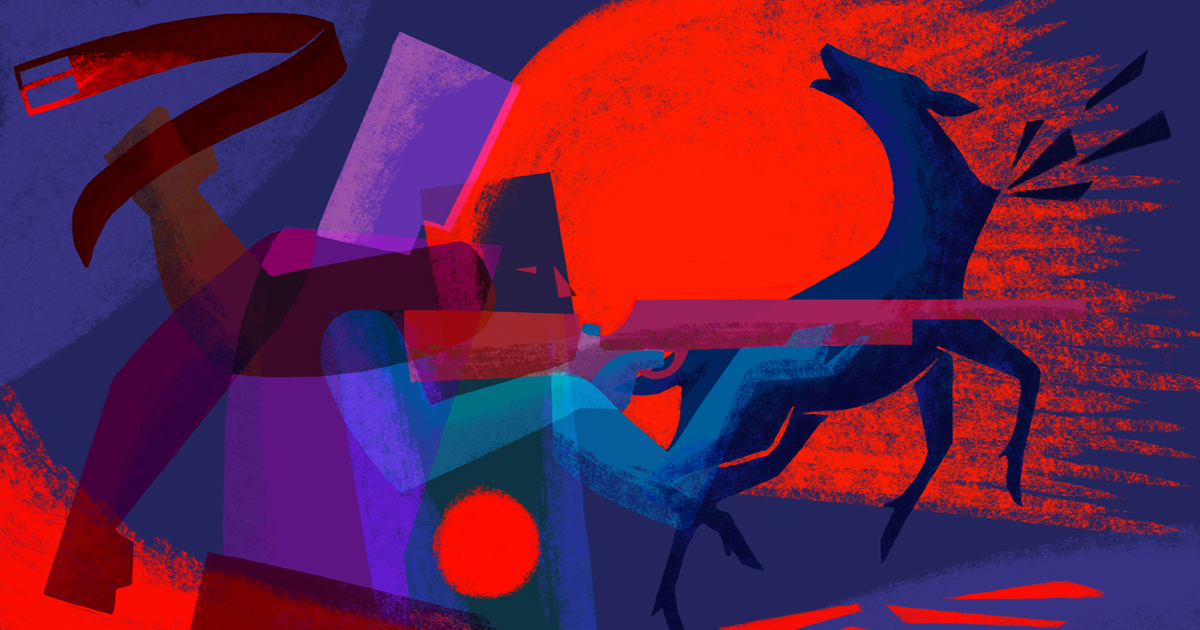 We sat in a circle, and one student read a rhyming poem about being beaten by his father until the blood pooled on the floor.

The other students nodded.  A few said the same thing had happened to them.

Beyond the windows and the fence, the sun refused to blink.  Relentless afternoon heat turned the earth hard and brittle.  White cranes cowered in the tall grass.

The father’s anger never makes sense.  His belt cuts the air before it cuts skin.  No one ever stops him, and he’ll die without ever talking about it.

The boy says nothing, and for forty years the scream lives in his stomach, a parasite that eats from every spoonful of his food, that grows, a shapeless gray cloud in his guts.

He reads the poem, but it doesn’t change anything.  The parasite is still there, making him bleed from the inside out, hiding in the tall grass of his breathing, even at night when he sleeps.  The other men in the class know all about this.  Each of them looks at his own stomach, shifts in the chair.  They start to tell stories about hunting, about killing deer with twelve-gauge shotguns loaded with slugs, how there’s a white spot on the neck that you aim for, how some places you can’t hunt with a thirty-ought-six because the bullet travels too far.

One of them asks me what I’m going to do today, after class.  I say, “work,” which is a lie, because I don’t want to talk about how I’ll get in the car and go shopping, about all the choices I have for spending this afternoon, how wherever I go, there’ll be air conditioning, cold beer, things to buy, how I’ll eat dinner with my son and watch a movie.

Afterwards, I walk toward the gate and the sharp spiral of wire above the fence.  Every few minutes, there are loud volleys of shots, guards practicing in groups on a firing range, out of sight, practicing for the day when they’ll hold their pistols in front of them with both hands, aim, and fire at men who are not made of paper.  They pause just long enough to reload.

“Respect” grew out of a class I taught at a medium-security prison.  It is based on real events.  A student read a poem he’d written about being beaten by his father and seeing the blood pool on the floor, and a few of the other students said they’d had that experience as well.  While I don’t think I was surprised that family violence was a shared background for these men, I was surprised and impressed by how they treated each other during the conversation.  In this incredibly unlikely place, they showed so much respect for each other.  It was as though they had silently agreed to steer the conversation away from this horrible moment by talking about something they also had in common, hunting deer.  They were able to make the world if not right again, then bearable.  And, yes, when I walked outside, the guards were firing their guns on a nearby target range.

I’ve been teaching writing classes in prisons in Florida for the last two or three years.  Most of the time, these have been poetry workshops.  I give my students copies of whatever poems I happen to be thinking about that day, and then the students write poems responding to their reading of the poems I gave them.  Each week, they read the poems they’ve written, and we listen and talk about them.  From an institutional perspective, classes like this are supposed to be about rehabilitation, but that’s never been my motivation.  When my students ask me why I drive out to a prison to teach when I’m not getting paid for it, I tell them that some people like to play golf, some people like to play tennis, but I like to teach poetry.  And, that’s true, but there’s a little more to it than that.  There’s something real about these classes.  The prison system in the United States does everything it can to reduce men and women to numbers and routines, but for an hour and a half, regardless of their incarceration or the crimes they committed, they have a chance to speak, to listen, to be human beings again.  That doesn’t happen anywhere else, and it’s a privilege to witness it.

A while back, I went to a roundtable discussion about violence put on by a psychoanalytic group, and while some smart things were said, it occurred to me about halfway through that none of the speakers probably knew any murderers.  Ironically, I think by now I must have taught a lot of them.  I have to deduce this mostly, because I make a point never to look up anyone’s file online.  I don’t want to know them that way.  Nevertheless, some of my students talk about it, and many have been inside for a very long time, which suggests that they are lifers.

One of my students from the first class I taught inside was paroled after 31 years.  He’d been part of a robbery when he was 18, and a man was shot.  He wasn’t the shooter, but he was still convicted for murder.  He spoke openly about his imprisonment, and we’ve stayed in touch since he got out.  Almost all the students I’ve worked with in prison are pretty normal.  If you met them outside, you wouldn’t be able to tell them apart from anyone else.  Many are good writers with interesting stories to tell, sometimes on paper and sometimes just talking.  One student told me, for example, about how, years before, he had escaped into the Everglades for a few days before being captured.  He said that during the escape the swamp water he drank was “the color of chocolate milk.”  I hope someday he writes that one down.

Ideally, writing workshops create a space where prisoners feel free to tell their stories openly, without having to show how rehabilitated they’ve become.  The problem is that to get paroled they have to demonstrate the right attitude to the parole board, which means they usually have a big religious conversion and talk about things from the viewpoint of the 12-step-type programs they attend.  (No judgment intended.  If I were inside, I wouldn’t hesitate to take on whatever mindset would get me out of there.)  This makes it hard sometimes for them to say what they feel in their writing, at least if it doesn’t conform.

Inside, they’re totally at the mercy of the correction officers.  If a prisoner even looks at a CO in a way the CO finds hostile, the prisoner can be sent to confinement.  While this doesn’t sound like a big deal, it means that while the prisoner is locked up in what used to be called “solitary,” they inventory all his belongings, and often all his possessions, including notebooks, drawings, family photographs, will be thrown away.  It’s not supposed to happen, but it does.

There have been all sorts of stories and facts of prison life that I’ve heard, but one from when I first began teaching inside has stuck with me.  One student said, and all the others agreed, that you never see a mirror without spit that’s dried on it.  There is so much self-hatred going around that many men spit every time they pass a mirror.  Another thing I noticed right off was how hyper-vigilant the students were.  Whenever a prisoner comes into a room, his eyes make a kind of loop checking everyone out.  Survival inside seems to depend on accurately gauging the emotional temperature of everyone else.  I asked my students once about this, and they confirmed it.

The classes can certainly reflect the stresses of inside life.  Sometimes a student is going through a bad time: say, maybe an appeal or a parole was denied.  That changes the chemistry.  There was a student who had been taking my classes for more than a year, then came in one day and read an angry religious poem where he talked about Jews as “Christ-killers.”  I knew this wasn’t normal for him, but I didn’t have a clue what caused it.  I responded by telling him that I’m Jewish and saying expressions like that had caused a lot of deaths.  He stayed away from class for a couple of weeks, so I asked the guys to let him know we missed him.  He came to our end-of-semester graduation and seemed better, but shortly afterwards, he was transferred to a different prison.  Maybe he knew about the transfer coming, and that’s what was bothering him.  I never found out.

Transfers are always rough on prisoners.  Safety in prison comes from having friends and knowing how things work, which COs will allow a prisoner to go back to his bunk to get a notebook he’s forgotten and which will practically write him up for asking.  Transfers remind prisoners of just how vulnerable they are.  They have to start all over—new place, new rules, new guards, and a bunch of guys they’ve never met.  No matter how bad the current prison is, the next place is likely to be worse.

I taught this last semester at a woman’s prison for the first time, but the classes were interrupted mid-semester.  Our program was terminated by a brief email that claimed—wrongly—that we had broken rules and would no longer be allowed access.  It was arbitrary and unfair, but that’s what prison is like.  It was a shame because the classes were going well.  The women were more forthcoming about their feelings in their writing than their male counterparts, and they were, in general, more skilled as writers.  I wish I’d had the time to get to know them better.

I wrote before that most of my students have been “pretty normal.”  Maybe that means that given bad circumstances normal people can do terrible things.  I’m not sure, but I do know that whatever stereotypes I had about prisoners before I began teaching these classes were simply wrong.  My students sometimes are barely literate but sometimes have graduate degrees.  Sometimes they know nothing about poetry when we start.  Other times, I’ll have a student who loves Neruda and Yeats or has memorized Rilke.  Oddly enough, I never consider whether my students belong in jail, whether they’re innocent or guilty, or whether they received a fair trial.  I’m a lawyer by profession, so I suppose these issues should matter to me, but when I’m teaching they’re not important.  There’s only the fact that the students are there, and I’m there, and we have the opportunity for a while to talk about poems. 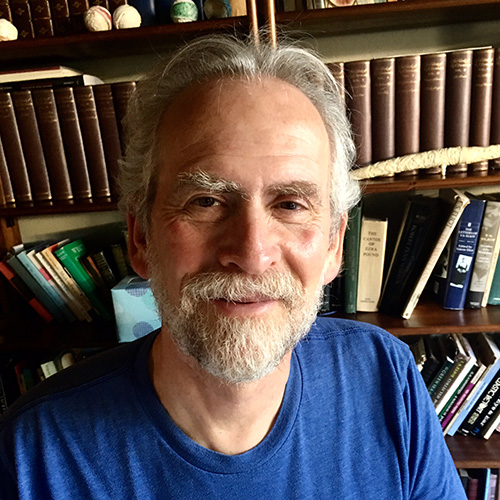 George Franklin is general counsel and a facilitator for Exchange for Change, an organization that teaches writing in Florida state prisons and promotes literary exchanges between prison classes and classes on the outside. His poems have been most recently published in The Wild Word, B O D Y, Salamander, Matter, Scalawag, Sheila-Na-Gig, Gulf Stream, Rumble Fish Quarterly, Twyckenham Notes, Rascal, and Amsterdam Quarterly, and translated into Spanish in Alastor, Nagari, and Revista Conexos.  New work is forthcoming in The Threepenny Review, Cagibi, and The Pedestal Magazine, and a bi-lingual edition of his poetry translated by Ximena Gomez will appear soon from Katakana Editores.