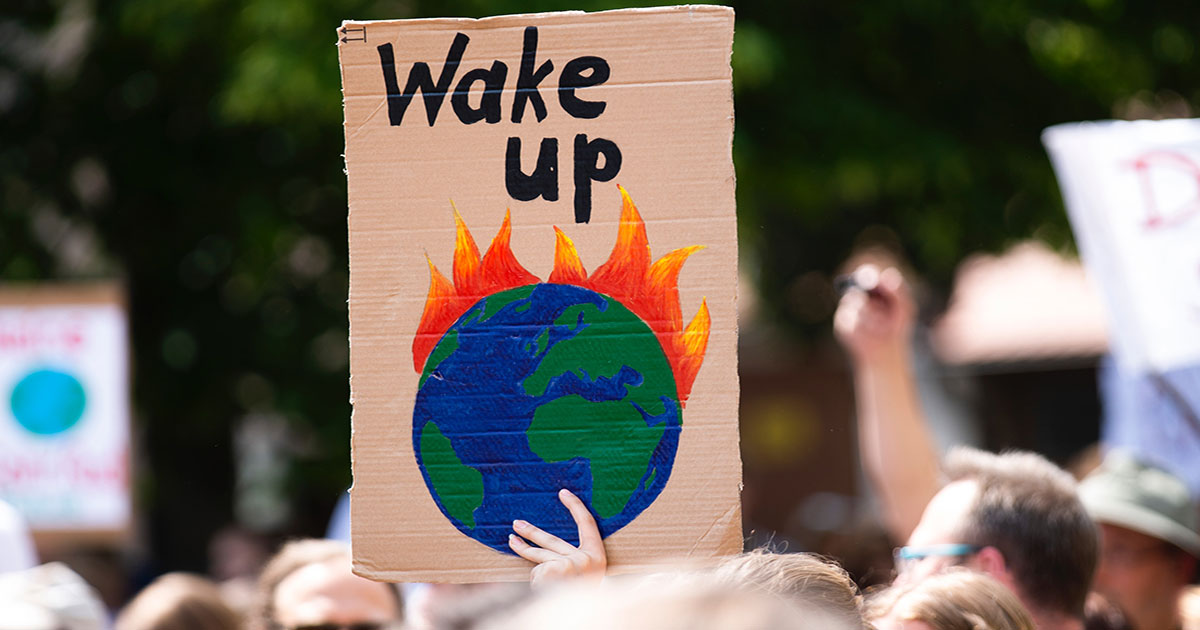 Let’s call it the make-or-break year. The last year where it might still be possible for us to pull hard on the emission brakes and make drastic cuts to hit the Paris Agreement target of 1.5°C of global warming.

Where a failure to do so will mean committing ourselves, and the planet at large, to some form of runaway global warming. Where extractive, ecocidal business as usual currently has us on a trajectory towards climate chaos.

From the snowy heights of wintry Davos, Switzerland, the frozen hearts of the World Government of Money remain unmoved by calls for action and appeals to save the Earth.

Global do-gooder Al Gore flies into Davos to make an impassioned appeal to the higher sentiments of the capitalist crème de la crème:

“The burden to act on the shoulders of the generation of the people alive today is a challenge to our moral imagination…This is Thermopylae. This is Agincourt. This is the Battle of the Bulge. This is Dunkirk. This is 9/11…We have to rise to this occasion.”

Needless to say, in the face of planetary crisis, the so-called captains of global industry promise to do…precisely nothing.

For the message from the mountain remains: Thou shalt have no god but Mammon. And yea, even though the world may burn, thou shalt honour the prophet of profit and his bottom line.

What I’m saying is that it’s no use appealing to the moral imagination of the leaders of the capitalist class. If they had any shred of moral imagination they wouldn’t be where they are today. And the reason they stand at the head of their respective branches of commerce is their devotion to the maximization of the profit principle.

If morality had been any guide to action, Exxon and the rest of the oil industry would have ‘fessed up in 1968, when their scientists reported the dangers their business model posed to the planet.

Since then, they have been serving us lies, disinformation and greenwashing.

So when oil-promoter in chief Trump declares in Davos that the US government will join an initiative to plant a trillion trees, at the same time as rolling back remaining climate protections and leaving the Paris Agreement, it comes across like a slap in the face, a sop to public opinion, a figleaf for business as usual.

For it’s not just the hearts of the Davos attendees that are frozen. Policy is frozen, action is frozen, hope and justice are frozen, and the lives and survival of present and future generations hang by a thread.

We literally don’t have time for this bullshit.

Under this scenario, winning slowly is the same as losing. We do not have time for the predatory delaying tactics of the world’s elites.

In Australia, in a season of literally apocalyptic weather conditions, including bush fires that have killed over a billion animals, huge storms of dust and topsoil, flooding from torrential rain and hailstones the size of golfballs, prime minister Scott Morrison still refuses to countenance any measures that will affect Australia’s position as the world’s number three exporter of coal.

Finding his denialist position on climate change increasingly untenable, Morrison has shifted to a fallback position of “adaptation”.

Adaptation is a fundamentally Trumpian tactic: throw a concession to the masses, play for time, preserve the bottom line, don’t do anything to antagonize the fossil fuel lobby, continue to promote a neoliberal agenda wherever you can, spread disinformation and apportion the blame to anyone but the true culprits.

We literally don’t have time for this bullshit.

Yet at the same time we ourselves are often caught in a fateful dynamic.

The volatility of our planet’s climate evolution is beyond our capacity for emotional comprehension. That’s not to say we don’t know what is happening. The consensus of global scientific opinion points towards absolutely catastrophic global warming, mass extinctions, crop failures and ecosystem collapse, causing suffering on an unimaginable scale. But the daily images we consume of ongoing ecological apocalypse do something terrible to our hearts and minds.

Like images of war and violence, they chip away at our hope for a better future, they enclose our hearts in the icy grip of futility, lead us down a path of resignation, freeze our ability to act in our own best interests.

In France, millions of people have been protesting and striking for weeks in a dispute with the government over pension rights. They are rightly outraged that the government’s neoliberal policies require that they sacrifice part of their future wellbeing. The country has been massively impacted. From train drivers to ballet dancers, widely different groups of workers have been joining the protests. French firefighters have even been clashing with police in forms of trade union struggle that are starting to meld with those of the Yellow Vest movement.

This is how militant ordinary people can get when they perceive a massive threat to their future.

This is also a measure of how far the Climate Justice Movement is from getting the message across.

So how can we generate the same passion and anger about the Climate Emergency and the future of the planet?

So we fail, failed, have failed. Have always failed as long as capitalist, patriarchal and racist forms of government have existed.

So we fail better next time.

The Climate Strikes of 2019 were a start.

The Climate Strikes of 2020 have to go much further.

We have to melt the ice around our own hearts. Free up our perception of what is possible, because the impossible – the destruction of our climate and the end of life on this planet – is already happening.

And as the Arctic melts, and the glaciers drip, our own stake in the perpetuation of business as usual shrinks.

As neoliberal capitalism collapses into fascism, the Climate Justice Movement must reach out and melt into other social movements in our common struggle for a liveable future.

As the world burns, make sure that your heart is on fire.