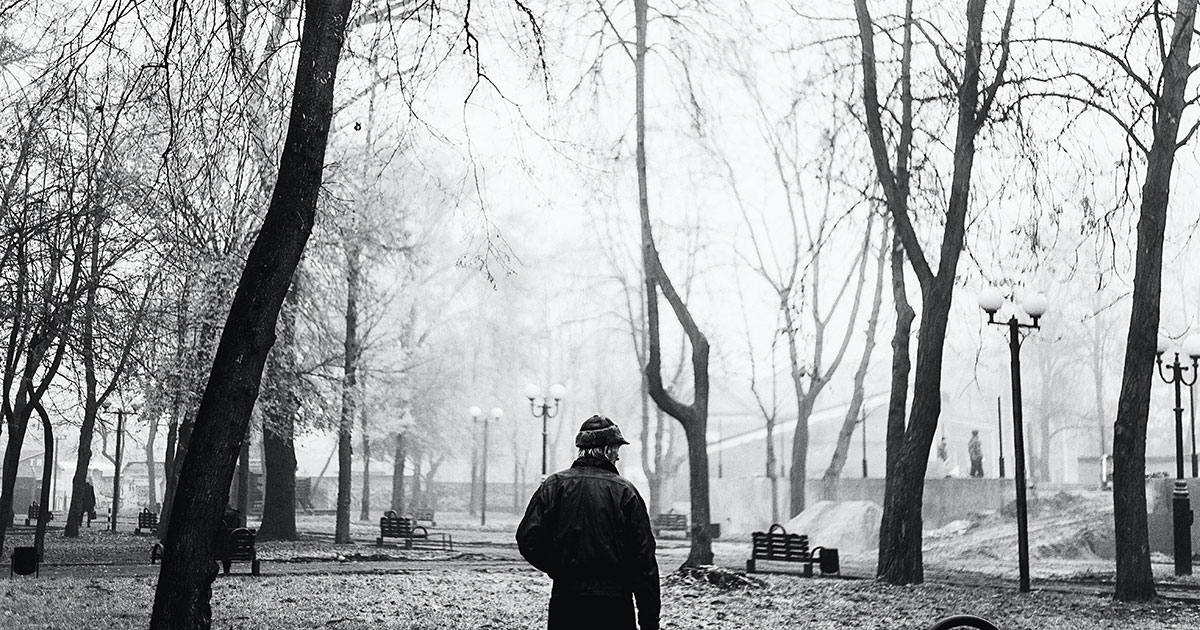 Except for a few dog walkers and long-coated derelicts, the snow-covered park was empty. White drifts smoothed out its hills; snow banked the sides of its paths. Snow-burdened boughs and branches loomed overhead with white menace. Boris brushed snowflakes off his shoulder and studied the chessboard. After a moment he advanced his black bishop.

A big man, bearded, with thick red fingers, Boris enjoyed playing chess in the cold. Reminded him of home, Moscow, where winter chess was popular. After the Berlin wall came down he had moved to Canada to forget the dark past and start a new life. Who said you couldn’t run away from the past? He had succeeded. A little name change, a nondescript job at Canadian Tire: he’d become virtually anonymous.

He didn’t mind Canada. One cold country for another. One hockey country for another. But he could move freely here. No men in trench coats followed him. No one blocked his day-to-day peregrinations. Ostensibly, he was free. His problems, such as they were, had little to do with externals.

Finding chess opponents could be a challenge, but today Oswald, a homeless man with a PhD in physics and a touch of schizophrenia, had shown up to play in a red toque, demanding the white pieces. Boris agreed. Oswald could be touchy. Boris had known people like that back in Russia, brilliant but psychologically or ideologically damaged. Indeed, some would argue he was one of them.

Locked in a tense Sicilian, both players wordlessly probed the complex position. Looking deeply and anticipating your opponent’s next move was key in chess. Boris could always see what was coming. This was where Oswald’s illness failed him: he had no foresight. The poor bugger lit a cigarette with the one he was smoking, fingers orange from nicotine. Cigarettes calmed him. He moved his knight into a central position, something Boris had not anticipated. A chill went through him and he hugged himself as he studied the board. The knight looked vulnerable, but he hesitated snatching it. You never knew. Unlikely as it was, Oswald could be setting a trap.

He tried to study Oswald’s face, but the fellow could not stay still: the green-blue irises vibrating, the mouth all tics and spit, the head twitching, arms periodically flailing at unseen assailants.

Finally, Boris decided to roll the dice and take the knight, but as his hand neared the piece, an icy snowball smashed him in the face. The chess pieces flew. Oswald threw up his arms and fell back in surprise.

Wiping wet snow from his eyes, Boris looked for the culprit. Some urchin or teenaged thug, surely. But all he could see were the dog-walkers, oblivious; and the derelicts, one of whom slumbered on a bench. He asked Oswald if he had seen anything, but Oswald just mumbled to himself, absorbed with gathering the chess pieces.

Boris detected movement by a statue of an equestrian in the middle of the park. A shadow shifted by the horse’s buttocks. Ah-ha, he thought. As he strode toward the statue, the flurries intensified, thick, blinding. Yes, another cold country. Yes, ice and snow. Yes. Yes. Made you feel alive! Huffing and puffing, he drew nearer to the statue, but stopped meters short.

Hey! he cried, brushing snow from his lashes. Show yourself! The figure, obscured by the falling snow, did not reply. Boris moved no closer. Lots of crazies hung around the park. You never knew. Hey! he cried, his breath pluming grey in the snowy air. Come out! He glanced at Oswald, slumped over the chess table, arms folded under his head. He appeared to be sleeping.

Boris stepped back, almost slipping on some ice.

At last the figure came into view, hooded, dark and wielding, of all things, a hockey stick. Boris blinked. A hockey stick? But then it made sense. It made total sense. The figure stepped toward him.

This can’t be happening, Boris thought, brushing snow from his face. I feel fine. I feel perfectly fine. This is not possible. He looked over at Oswald. A thin layer of snow blanketed his slumped form.

Boris tried to call out to him, but his voice faltered. He started coughing violently. He grabbed at his throat and whirled around the equestrian statue. A small herd of reindeer trotted by him, two by two. One had a little bell tied to its antler. It tinkled lightly in Boris’s ear as he fell to the ground. But this is nonsense, he thought, as the reindeer trotted away. Nonsense … 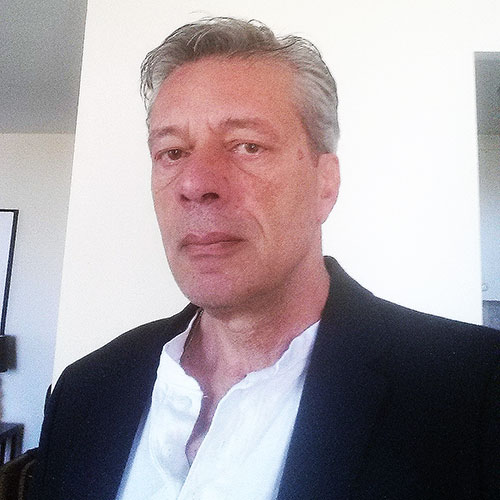 Salvatore Difalco is the author of 5 books, most recently the story collection MINOTAUR (Truth Serum Press).