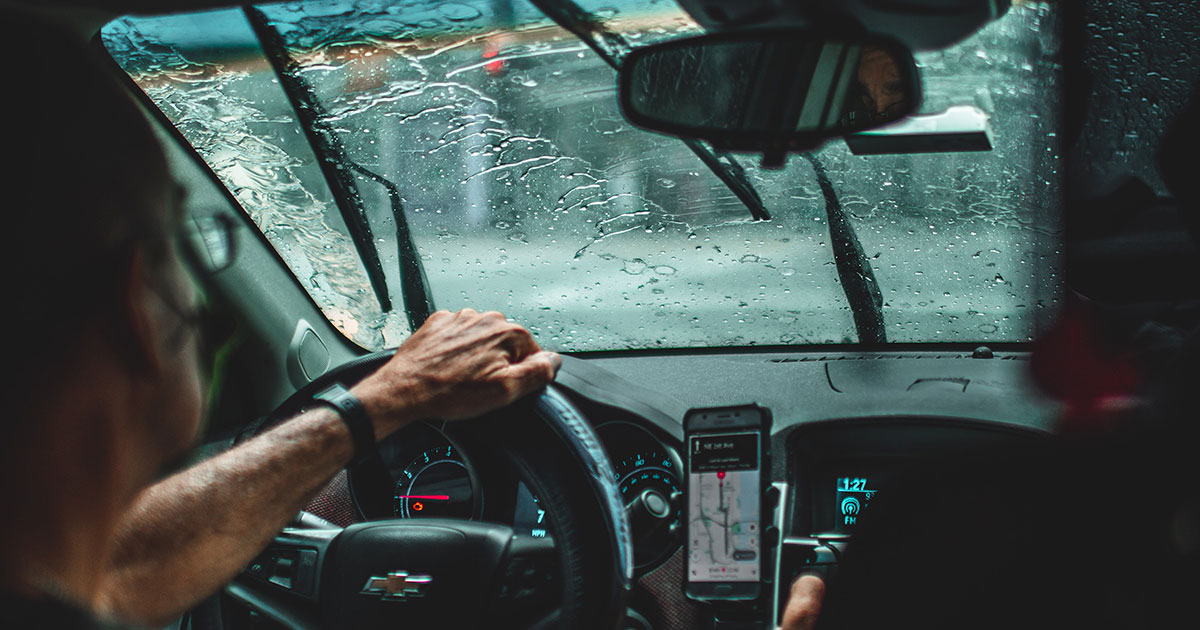 Cayce tapped his app for an Uber, forty-five minutes before Ace Hardware closed. Three minutes later a white hatchback rolled up in front of his house. He shut the rear passenger door and the driver pulled away. Cayce watched him shift up into second gear.

“Yep!” The driver glided thru a stop sign and took off.

The driver up-shifted. “Lemme tell you something about power. I had a hybrid a little while. It was a, whaddayacallit. Hyundai. Ioniq.”

‘Spelled with a Q,” Cayce agreed.

“Spelled with a Q. I guess that’s their marketing tool. Everybody’s gotta do something.”

“Loaner. This car we’re in now was in the shop. Old lady was driving along without any headlights on, ran right into me. Bam. Things happen. Rental agency gives me this Ioniq with a Q. Got like 56 miles to the gallon. Average. Ate up the road. I had no complaints. Bit of a dog but when your dashboard says you’re getting over 100 miles to the gallon at times, you adjust. You get used to these things.”

“I had a Prius,” Cayce said, “years ago. Next time I drove a real car I swore I’d never go back.”

“Then you’ll get this next part,” they came to a red light. “When my car was done, I had to go to the shop to sign for it, pay the tab, pick it up, head on back to the rental agency and give them back their Ioniq with a Q. Took the bus back, picked up my car.”

“After six weeks driving that Ioniq with a Q, I got back in this little Ford with a stick. Little four-cylinder. And I’m on Winnetka, five in the evening, gotta jump into traffic. It’s rush hour and cars are going zip zip zip zip, and when I finally get the smallest of openings, I shove this little Ford in first gear, give it some gas and pewww! Takes off. Jumped into traffic with no problem and soon leading the pack to the 118 freeway.”

“Way it oughta be,” Cayce said. They came to a stop in traffic.

“As I’m booking up Winnetka, outrunning everything, which I was not able to do in an Ioniq with a Q, I thought to myself there is nothing like a natural gas engine with a five-speed transmission. You wanna drive, wanna outrun everybody? Get yourself a manual and you’ll know real power. Nothing like it. Not even close. You’re in control, not the car.”

“Which we’re doing just by being in a car,” Cayce said

“This little Ford gets 36 to the gallon, thirty more than my first car. That thing was an eight cylinder monster. Could’ve towed a goddamn house. Sucked down gas. You get used to these things. At 37 cents a gallon we could afford it. Now? Yeah. You’ve seen the signs at the station, it’s outrageous.”

“There’s an old saying. ‘Old ways are the best ways.’ I hated hearing that from my parents, always felt like they were trying to drag me back to World War Two or something. And nothing against people who love their Ioniq’s with a Q of course but put them in this driver’s seat, or behind the wheel of anything with a manual trans and they’ll see what that old saying’s about.”

“What worries me? Teslas. Enough people start doing this gas-free bit, just speeding around in a battery-powered gizmo, pretty soon the car companies’ll say, ‘Hey, why even build a four-cylinder manual at all?’ Then I’m screwed. Be driving a Tesla like all the rest, plugging my car into the wall at night’s end. Bah. Boring.”

“But that’s what power can do. Can change things for the better, make the air cleaner, but it can also wipe things out we like.”

“Taxis were filthy things. Gross polluters most. Not sorry to see that go. But last week, know what happened?”

The hardware store came into sight. “What’s that?”

“I’m driving along and there’s this sign tacked to a telephone pole, says ‘GARAGE SALE’ with an arrow. And there’s this real old guy selling all these tools. Tons of em. And it hits me.”

“What’s that. Pull up to the doors, please.”

“Got it. I realized I don’t need a powerful car company to keep building me cars. I got the car. All I need’s the tools. Do my own work. Get parts from scrapyards and search engines. Keep this one going until I don’t need it. By then a four-cylinder manual will be a collector’s item. I’ll sell it and retire on my riches! Yeah, that’s what I’ll do!”

“Betcha. Ask me, the real power’s in self-sufficiency. Doing things yourself.”

Cayce pointed at the store. “On that note, I got a shower door ain’t gonna fix itself. Thanks for the lift.”

“Good talkin atcha,” the driver said. Cayce slammed the door and strode into Ace, toward the Bathroom Furnishings aisle. A gray-haired man helped him find what he needed.

“Take my advice, always do it yourself. Sold all my tools last week at a yardsale. Most to a guy in a white hatchback.”

The old man shrugged. “Terrible thing, getting old. Relying on others. Robs your dignity. Best thing,” the old man concluded, “keep doing things under your own power, long as you can.”

“Nope. You take care,” the old man shuffled away.

Cayce looked down at his hands. They still did what he told them – for now. 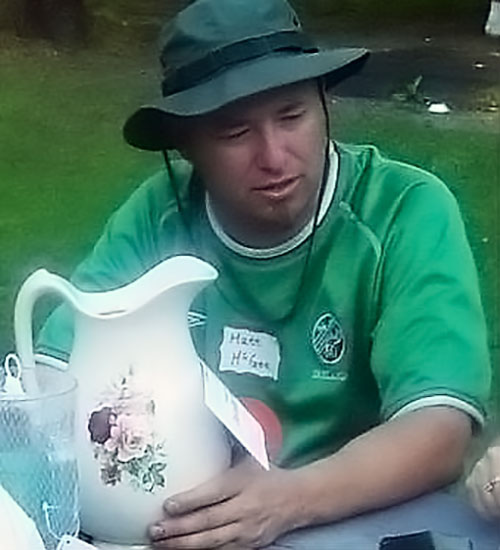 Matt McGee writes in the Los Angeles area. In 2022 his work has appeared in Gypsum Tales, Sweetycat Press and Red Penguin. When not typing he drives around in rented cars and plays goalie in local hockey leagues.