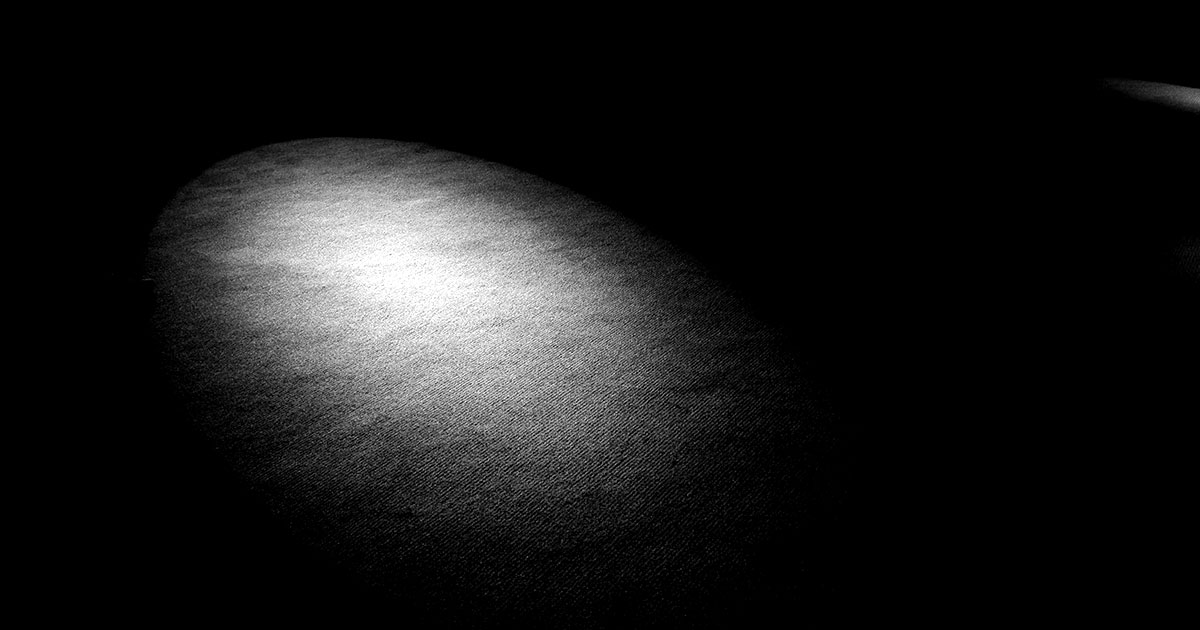 “This is who I am”, she tells us, raising her arms in the shape of a cross.

Her hair is exceedingly long. It reaches to below her waist, covering her pubis.

She is naked, dark-skinned and opulent. It’s easy to feel admiration for her braveness and animal grace.

She is naked, dark-skinned and very, very thin. My response is a twinge of embarrassment at the pathetic ribcage and knobby knees, her exposing herself like this.

But this is a performance space, known for the honest, experimental work artists bring to it. So, apparently, many possibilities and points of view will be considered.

“This is who I am”, she mouths the words and we realize that she isn’t really speaking, this is a voice-over. The phrase is repeated in different languages and dialects: we can tell the French and Arabic, but not the Berber, Somali or Swahili…

A single spotlight is shining on the crown of her head. Slowly, she brings down her arms and parts the cascading hair to reveal male genitals. They are impressively hefty.

I steal a glance at you to see how you’re taking this.

The energy in the room changes perceptibly. Everyone is now fully engaged.

The hologram dissolves and before us now stands an ordinary though austere looking, young woman. She addresses us in a thick Eastern European accent:

“I was in Donbass when the war with Russia was declared in 2014. I had traveled to get there through a foggy, confused corridor of violence. I still remember the guilt I felt at being a visitor to the war zone, able to leave again at will, only because my home was somewhere else.” *

Then, in fluent, unaccented English, she recites:

“The one border​ we all cross, so often and with such well-rehearsed reflexes that we barely notice it, is the threshold of our own home. We open the front door, we close the front door: it’s the most basic geographical habit. What threshold rites do you perform before you leave home? Do you leave a lamp burning in your tabernacle? Do you quickly pat down pockets or bag to check you have the necessary equipment for the journey? Or take a final check in the hall mirror, ‘to prepare a face to meet the faces that you meet’?

You don’t have a slave to guard your door, as the ancients did, so you set the alarm (or you set the dog, cave canem). Keys? Yes, in your hand. You have ‘the power of the keys’, the right of possession that connects you to thousands of years of legal history, to the rights of sovereigns and states, to the gates of salvation and damnation. You open the door, step through, and turn to close it – through its diminishing arc, the details of your life inside recede. On one side, me and my place, on the other, the world.” **

She pauses to allow all this to sink in.

Right on cue, an angry voice is heard from near the gallery entrance:

“Provided you do have a place to call your own!”

A bearded, unkempt man has wandered in off the street, with a sleeping bag wrapped around his shoulders like a cape. He walks up to the woman and stands facing her, his whole body language questioning her presumption.

The woman just stands quite still.

“I never wanted to cross that threshold in the first place”, the man turns to us. He gestures around the gallery space.

“The room was cold. A moth beat against the naked light bulb. As soon as I came in, I knew this was a bad idea. But there was no way back; it was too late to reverse the process. The midwife had already cut the umbilical cord.”

“So, my only choice is to refuse to participate in this”, again the sweeping gesture, “in any of it.”

He slides down to the ground in a sitting position.

The woman tenderly removes the sleeping bag he is wearing to reveal a soldier’s uniform underneath.

He looks at her dubiously.

“How you don’t want to be drafted, classified, issued with a permit, a passport, a license to kill, authorized, penalized, bought and sold in everything you do, every transaction, every moment.” She pauses.

“Nobody wants it, except we let it happen.”

She steps away from him, hugging the sleeping bag to herself.

“Nobody knows why we do this, not really”, she says as if thinking out loud. “Building borders, to fortify our sense of who we are and then crossing them, out of need or out of defiance, with no knowledge of what the consequences might be.”

She unzips the sleeping bag and a small avalanche of passports rains down around her feet.

“This constant building up and tearing down, becoming and unbecoming, the crossing of thresholds with all the attendant risks, all the challenges we set ourselves, and what for…?”

In a voice now much younger than his years, he says:

“I think I know what for”, drawing an expectant look from her.

“Because we want to change who we are!

Every crossing, every challenge, we accept them in order to move to the next level of our own truthfulness. Right?

Each time we go in hoping we will come out a real person!

We know that if we just take enough risks, eventually we will be someone real… with less self-doubt, solider.

We do it to arrive again at the conviction we had before the beginning of things.

Before we were somebody or knew anything at all about anything…”

The lights go out; a smattering of applause.

You reach out in the dark and gather me closer.

We just stand there, breathing in unison. 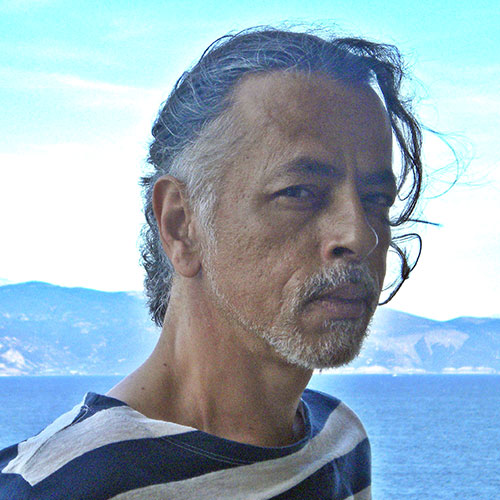 Konstantine Matsoukas is an Athens-based writer, translator and painter who has lived, worked and studied in Greece, the US and Australia. His greatest recent discovery comes from Physical Theater and it is about expressing his truth without knowing in advance what it might look like.