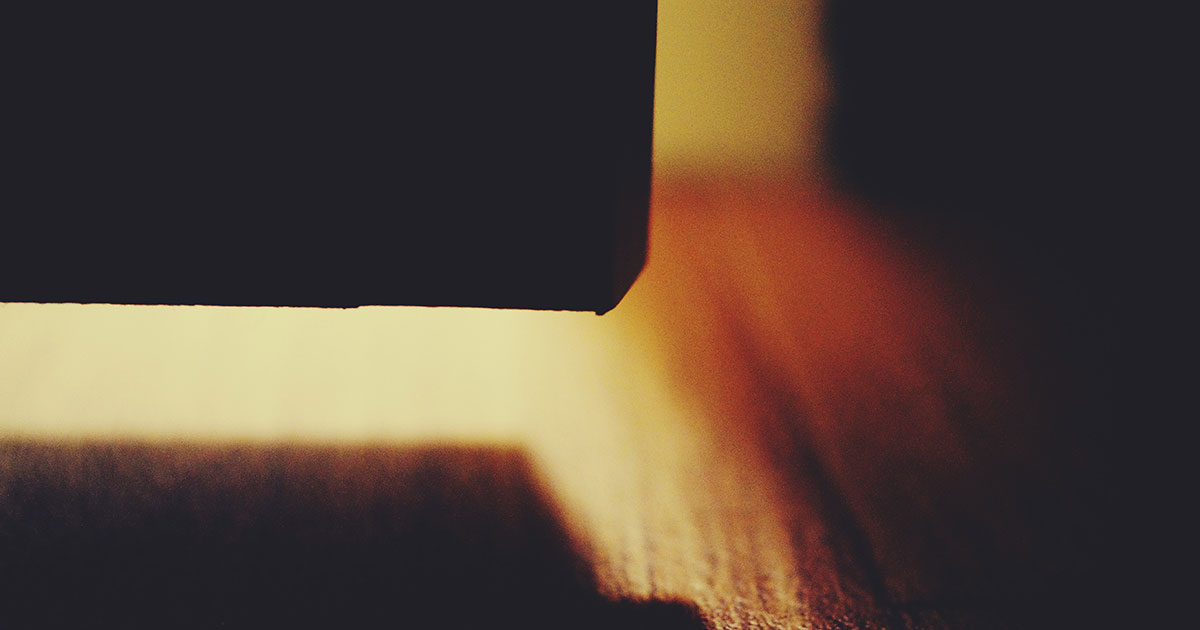 ‘Monsters are inky black bastards, that live in nightmares and are made of fear’ said Nanna in her sternest Irish accent.

‘Like giant leaches, they suck out all the good, leaving only the sad.’

‘Then they can sow their twisted seeds and spread their filthy arachnid arms about you, feeding on all your beautiful light.’

I looked up at Nanna, I was pretty sure the stuff she was saying wasn’t in the children’s book she seemed to be reading from.

‘That’s enough of that then’. She said slapping the book closed, peering over her glasses at Georgie.

Georgie is my little brother, he is seven and invincible to scary stories. Well, so he had claimed when Nanna had started the story. He had seen Monsters Inc, all that cartoon blue fuzz and one eyed guys named Mike, made him feel brave.

Georgie didn’t know, that Nanna was a spinner. Her tales were tall and dark, mostly because they originated from the old country. A place where leprechauns had bloodier reasons to be caught than finding the locations of their pots of gold. A place where children vanished in their sleep, replaced by faeries, and not the ones called Tinkerbell.

The old country faeries where all that was left of an innocent soul, when the light had gone out, the husk and that was bad. As Nanna would tell you in glorious detail, if you let her.

‘Goodnight Georgie’ I called as he went off to bed. I could hear Nanna chasing him up the wooden hills. She made him pee before he got into bed and no glass of water to stop him getting up during the night.

Nanna put Georgie in the middle of her double bed, tucking the blankets tightly around him.

‘Do not get out of bed my boy’ she said. Dropping a big lipped wet kiss on his forehead.

‘This here carpet, is shark infested waters to you lad. Do you understand?

‘Yes Nanna,’ giggled Georgie as Nanna walked out of the room, leaving the door slightly ajar and the landing light on.

Georgie closed his eyes and was almost instantly asleep, after his long first day on Nanna’s busy farm.

At 2am he was woken by a light behind his eyes. He opened them, thinking Nanna was coming to bed. But she was already there, he could feel the heat from her big round body. In the dim light he could make out her curly hair that tickled his face when he turned towards her, she was snoring like a pig.

Georgie sat up and saw a light move at the foot of the bed. It was a tiny light, that looked almost like a fast-moving butterfly with tiny people legs. The wings weren’t clear, they seemed to be moving like hummingbirds wings. Georgie thought he saw a face come out of the light, it grinned and then turned away.

Keeping one eye on Nanna’s sleeping form, he pulled the blanket back. He went to step out of the bed. Then pulled his foot back, remembering the shark infested waters. The light came closer. The face smiled at him again, It nodded as he put down one foot then the other.

Georgie stood up and tip toed into the hall, the landing light was off. A hundred tiny lights danced and swirled around him, pulling and pushing at his pyjamas playfully. Leading him towards the top of the stairs, Georgie was sure he heard them laugh, they tinkled, like glass windchimes blowing in a breeze.

He wasn’t at all afraid of them, but he was worried that Nanna would wake and catch him out of bed. He put his foot on the first stair, it creaked a little under his weight. He froze, hearing only the sound of snoring he continued, urged on by the gentle lights.

He was halfway down the stairs, before he realised he was heading towards Fluffy,  Nanna’s German shepherd. Fluffy was at the bottom of the stairs, blocking the front door. Baring his teeth in a snarl, head lowered, hackles up, haunches raised.

The lights tried harder to push and pull at Georgie. Wanting him to go down the stairs, but Fluffy’s gleaming eyes and drooling teeth told him he should stay perfectly still.

Nanna heard the commotion and came flying out of her bedroom. Just as I reached the top of the stairs. We both stood looking at Georgie, he was in the smoky tendrils of the faerie. It reached out of the darkness, its gossamer arms hung with tiny spinning lights, intended to beguile and confuse. The long solid barbs at the base of each light held a toxin, that only needed to brush the skin, to soak in and paralyse its prey. Allowing the faerie to carry off its helpless victim, back to the nearest bog, until the child’s family had given up the search.

Georgie was awake but unresponsive. His eyes were no longer focused on Fluffy, but on the lights at the end of the tentacles that held him gently. Fluffy started up the stairs, herding the faeries arms by snapping at the air around them. Discovering the intangibility of them, he whined and tried again, only to be defeated as they dissipated like warm breath on a cold morning.

Nanna muttered words I could not understand, she leered back at the faerie as she took the steps one at a time, her eyes never straying from the position of its diaphanous tendrils.

‘Away to your bog, you nameless beast, there’ll be no supper here for you tonight. The child is mine and we have a deal.’

The fairie hissed and spat. Its calm rage showing in the rapid movement of the lights. It shrank back from her, but stayed within striking distance of Georgie.

‘I said lose yourself, you vile bastard, this is my house and you do not have permission to be here!’

It hissed again. I watched terrified and amazed as a pale ghostly face came out of the lights grinning.

‘The boy is ours; he came to us by himself’

‘He did not, you came into my house’

‘We did Mother, but our name was spoken.  We were invited. When we are called, we must appear, you know this is our way Mother.’

‘No one spoke your name’.

‘The human reading the book said our name, we heard it in their mind first, then in ours, so we have permission’

Nanna flew down the stairs, Fluffy flew up, both stopping just a step away from Georgie.

‘We have a deal,’ snarled Nanna,’ You do not come into my house, you do not harm me and mine. Fluffy will tare you apart, and what is left I will set on fire and then I will set you on fire again, until you no longer exist.’

‘What about the girl? the writer, writing is as good as saying’

Nanna stepped up to Georgie, gripping his limp arm firmly. Fluffy’s teeth where millimetres from the black undulating mass.

‘The boy is mine, and the girl too’ said Nanna pulling Georgie out of the reach of the faerie

‘Although she wrote, she did not say your name.

‘Then, who,’ said the faerie holding its place and making no effort to leave.

Nanna held her breath and listened. She felt eyes upon her, a new set, nothing to do with the faerie. She closed her own eyes and searched her mind, she could see a shadow. Her sixth sense quickened. The shadow was a person that held a book. The person was waiting for her to respond to the faerie. Nanna opened her eyes and turned, looking out from the book at the shadow. 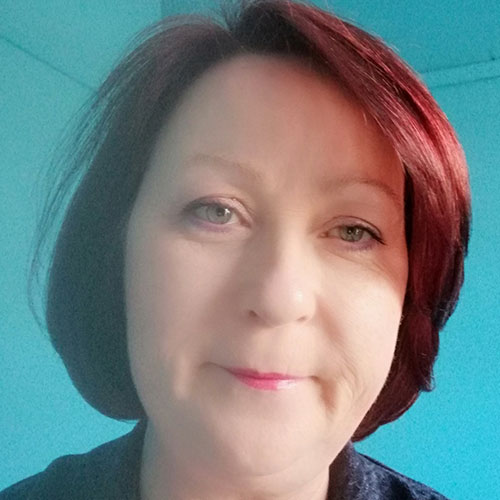 Originally from Liverpool, Denise Griggs has lived all over the UK but eventually settled in the Midlands. She has written all her life (her first typewriter was a Lilliput which she got when she was 7 years old) and is now part of the ‘Write Now’ writing group. She has a degree in contemporary fine art and is a working clairvoyant medium. She has four children and two grandchildren.