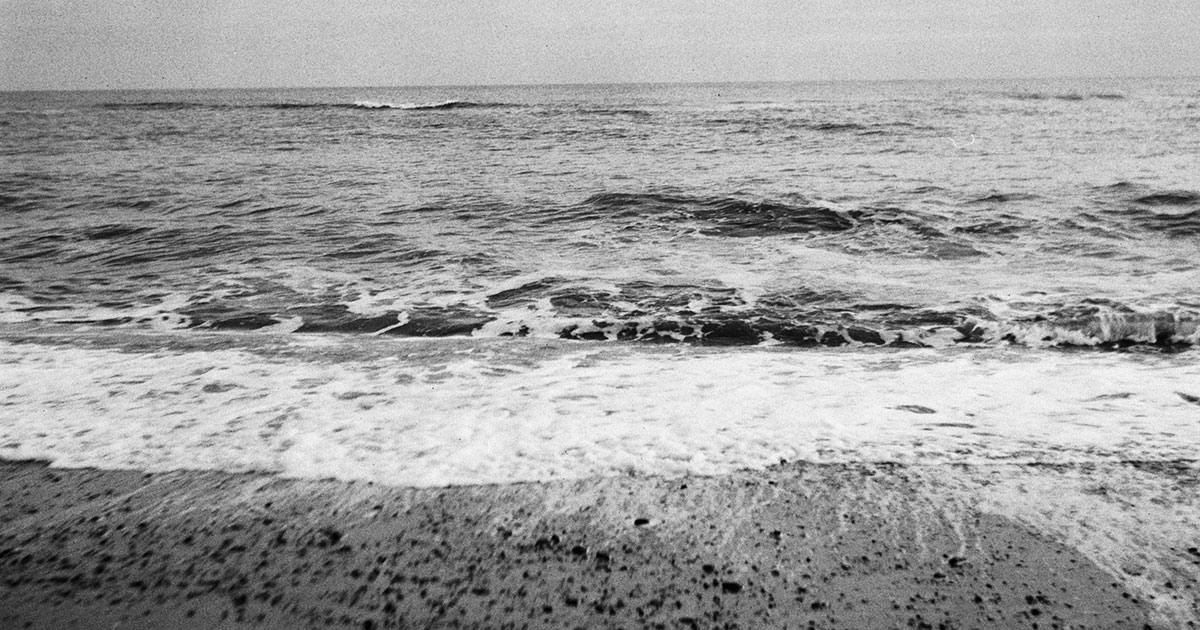 Like an oyster, the woman was difficult to open, unless you had the knack. From the south, full of regional tastes and suggestions and Cajun whispers, she did not often share. The man, conflicted, from NYC, was of kelp and sculpted driftwood tossed ashore with the northern tides. One smelled of leather, with a hint of earth or soil—the other of unpeeled butternut squash. They  were on a lonely beach in November. There was a flirtatious sun, and they were naked.

“It’s like this,” he said. “Pearl farmers start the process by delicately implanting into the oyster a small piece of mantle tissue—the part of a mollusc that secretes a shell-like material, to help provide a nucleus for the pearl.”

“Oh, I see,” she said, now only with half interest.

“It’s a complex procedure. If it works, the mollusc will start to deposit iridescent layers of nacre, slowly building a cultured pearl.”

“Something growing inside you,” she said with antipathy.

They avoided looking at each other. They were quiet. Both listened to a detonating surf.

“It’s all about how quickly the mollusc recovers from the implantation,” he said after a time, though he knew, in her mind, the subject was already closed. “A most sensitive time. Before the growth stage, the operated mollusc will need care and attention.”

“Yes, but it’s something beautiful you’ve created. It’s an amazing process that requires skill and expertise, a partnership with nature.”

On this beach in early winter, cradled by crags of stone and an inaccessible shore, only the hardy came now. The days were shorter. The skies, once cloud-free, were again cotton-balled with dark moisture, suggesting rain. The sea crashed into a barren shore. The driftwood collected again; no one considered it a souvenir, or firewood.

“In a biological sense, yes. Procreate, a continuation of the species, I suppose,” she said without passion. “I love the beach this time of year. So quiet. I feel so free, naked and alone,” she said cradling her knees.

An errant cloud, playing the sun, a mother checking her children, created shadows. Capricious, the light and the warmth changed like the moods of a darling child.

“I kind of like it when there are people here,” the man said, feeling lonely and searching like a grapevine tendril, reaching for a place to attach.

“Have you ever imagined what it would be like to be lost at sea?” the woman asked, distracting. Against a yielding shore, every third wave came a crasher.

“No direction, I imagine, no control. No future, alone.”

Their relationship had always been a butterfly and a cicada—one has only a day, the other takes seventeen years to emerge from the underground. For both, their summer was over.

Annoyed now, the man said, “But I mean, I’m ready for purpose. I want to share, to be useful.”

“That has never been your strongest suit. Are you telling me a lifetime commitment is now your purpose? We are both not that kind. And you should’ve thought about that years ago when you asked them to cut you.”

There was silence between the two. “It would be beautiful, you know,” his comment left trailing.

“What would be beautiful?” 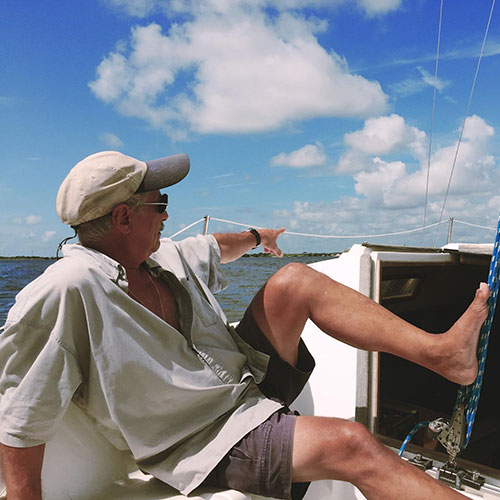 Spending time equally between the Greek Islands of the Aegean in the summers, the author, Cap’t Mark Antokas, winters in the U.S. and is currently restoring a 1977 Nautor Swan 43 in the Cape Canaveral, Florida area. See him on Facebook at Mark Antokas. He has two published novels on Amazon, The Odyssey According to Homer, 1967-69, and, Another Noel, as well as a collection of short stories titled, You Said We’d Be Friends Forever, and I believed You. Among other places, he has had short stories published in 5thWallPress (wall#9), ScryofLust, Fleas on the Dog (issue 7, #17), The Chamber Magazine, Transmundane Press (On Time), Wild Words Literary, and short fiction in Red Fez. At the moment, the author is at work on more short stories and flash fiction pieces for publication, and is trying his hand at screenwriting in Piraeus, Port of Athens, Greece.