EVOLUTION OF A WATER-LOVER 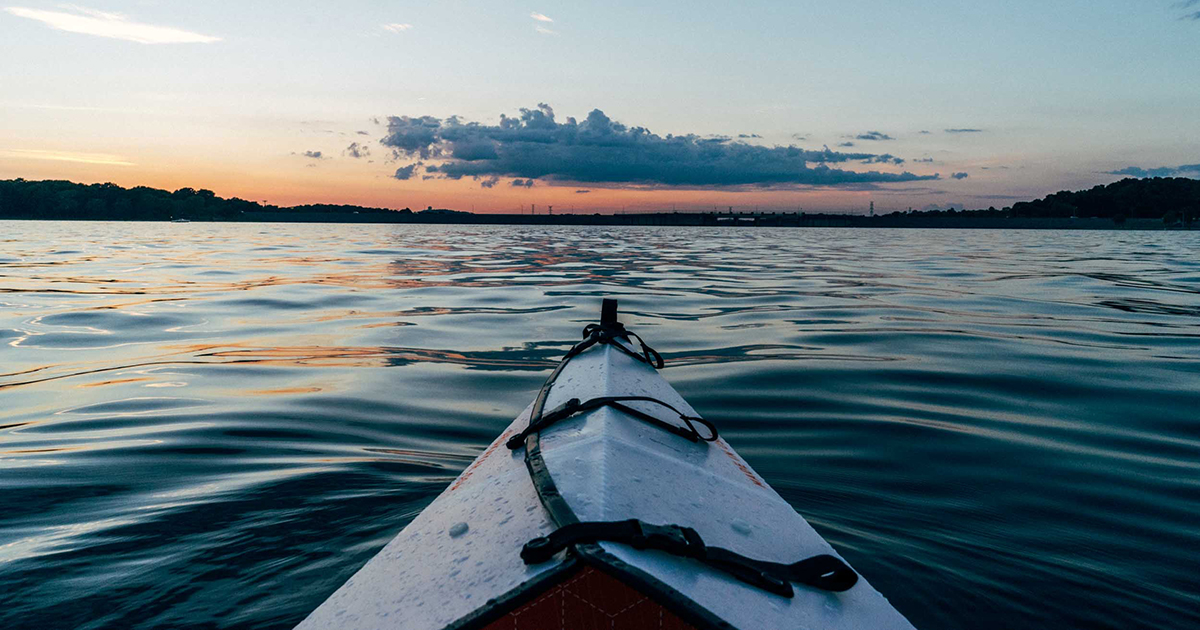 After a certain age self-improvement becomes more of a maintenance procedure. You just don’t want things to get any worse. Progress is measured in preservation. Things just don’t matter as much, you learn to accept things, even embrace them. I used to have a fear of water, aquaphobia, is the word they use. I like to drink water, shower in it, freeze it into little cubes and pour bourbon over it, and one of my greatest pleasures is heating it up and running it over roasted, ground coffee beans. Ambrosia.

I just don’t like going out into the wild and getting in water. For one thing most of the water, in the wild, that you climb into, is opaque. You step in and it looks as though your foot has been cut off at the ankle, or knee depending on the depth. A disturbing image. If you can’t see your foot you certainly can’t see the other things. But, you can imagine them, and you just know they are the most alien, awful-looking carnivores on Earth, and your foot is in the water with them.

Several years ago my wife wanted to go to Holden Beach, NC on vacation. As the name implies it is a beach, on the Atlantic Ocean. I couldn’t talk her out of it. So, I did what any rational, sane human being would do, I followed Tracking Sharks on Facebook. Anytime a shark attack was reported anywhere in the world I knew about it. There were no attacks in North Carolina, but I started to see a pattern. I have a keen eye for these things.  I printed out a world map, put an icon for each attack, and this is what emerged from the data. 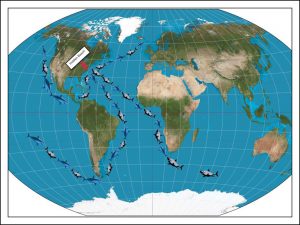 Then, my wife threw away my map, and told me I wasn’t allowed to print out another one. By then, though, they knew I was on to them, and that’s how I, almost single-handedly, averted an unimaginable disaster.

Despite being so close to so much water Holden Beach was fantastic and we had a blast. Plus, nobody got eaten. Modesty prevents me from taking all the credit.

But, that isn’t what I wanted to tell you about.

A friend of mine used to own a boat. It was a small boat, with an outboard gas engine. He loved his little boat. He would take people fishing, water skiing, cruising around the lake. I hated that boat. When he couldn’t find another victim he would trap me. “Tim, it will be fun,” he promised.

Fortunately, I knew a person who had a prescription for Valium. She didn’t need them all the time and when I had to go she would give me a couple, one to get on the boat, another to get on the water. Chase them with a couple of beers and the impending doom was almost tolerable. Talk about friends with benefits.

My friend always had a plan, an elaborate scheme, guaranteed to fool fish into taking the bait, falling prey to our intellectual superiority.

“We are going to start on this side of the channel, and drift across. When we get here we can start the engine, drive to the start point and float back across. Soon, we will have more fish than the boat will carry.”

Fishing is the ultimate equalizer. I’m convinced that nobody ever catches any fish anywhere. On television it is some green screen, CGI wizardry making it appear people are pulling in fish so fast it would be aerobic.

What we did was float across an ill-defined “channel” under a blazing sun, and every time we got to the finish point I would pray the engine would start, and we would not be stranded forever in the middle of a God-forsaken lake. Despite the fact the lake was so small it might have been possible to walk from one side to the other if you knew where to step, and didn’t mind the mud.

When you are on the water, the sun develops a cruel intensity, a pinpoint, laser focus, a grinning, burning devilish face tormenting you from the heavens. The heat becomes a living thing. A malevolent monster that wraps around you, squeezing the breath from your sweat soaked body. Reality becomes fluid and you start to see things. I’m sure most sea monsters were only the fevered imagination of people holding onto a fishing pole, with the sun and heat boiling the stuff inside their head, until anything was better than the void.

A lake is nothing but a desert with a brilliant disguise. An inhospitable, foreign landscape where man is not welcome, the rules are made by a higher power, and the next mistake might be your last.

Eventually, we would have to stop, out of bait, out of time, barely holding onto the will to live. Our skin burned bright red, spots in our vision. No fish, half starved, dehydrated and in the early stages of heat exhaustion. Willing to sell our souls for a few seconds of shade, a brief scent of breeze, anything at all.

“Well, we didn’t have any luck, but it was a lot of fun, don’t you think?” my friend would ask, through cracked, dry, lips, his voice raspy and pained, crawling slowly across the gravel parking lot to fetch his pickup and boat trailer.

“Yeah, man. We should do it again sometime,” I replied, trying to decide if a Heavenly choir on a boat dock singing, “I am but a stranger here, Heaven is my home” was a sign of trouble.

Now, unbelievably, I own my own kayak, a very small one-person boat with a nasty habit of flipping over, and I go out on the water often. I even talked my wife into getting one, and we kayak together. The water is still muddy and impenetrable and I am still convinced it is filled with things we should never think about, and I still think about them. For the life of me I can’t explain what happened, what changed. What internal circuit breaker flips and turns a rational, healthy, normal human being with a completely normal fear and loathing of water into a kayaker? I can’t figure it out. I’m not even sure whether I should see a doctor or a priest for the answer. I’m open to theories, if you have one. Eventually, despite our best efforts, we evolve. Age changes a person, not just gray hair, wrinkles, a limp, but in ways that make no sense. Improvement, or just change, who knows? Does it really matter, who knows? Change is inevitable, inexorable, and unpredictable, kind of like life, I guess.

I would love to add more, I’ve got hundreds of water, boating anecdotes, and, “I’m not proud, or tired”* but it is going to be a nice day, and I am going to go paddle around a bit. Enjoy the moment, that’s the best advice I have.