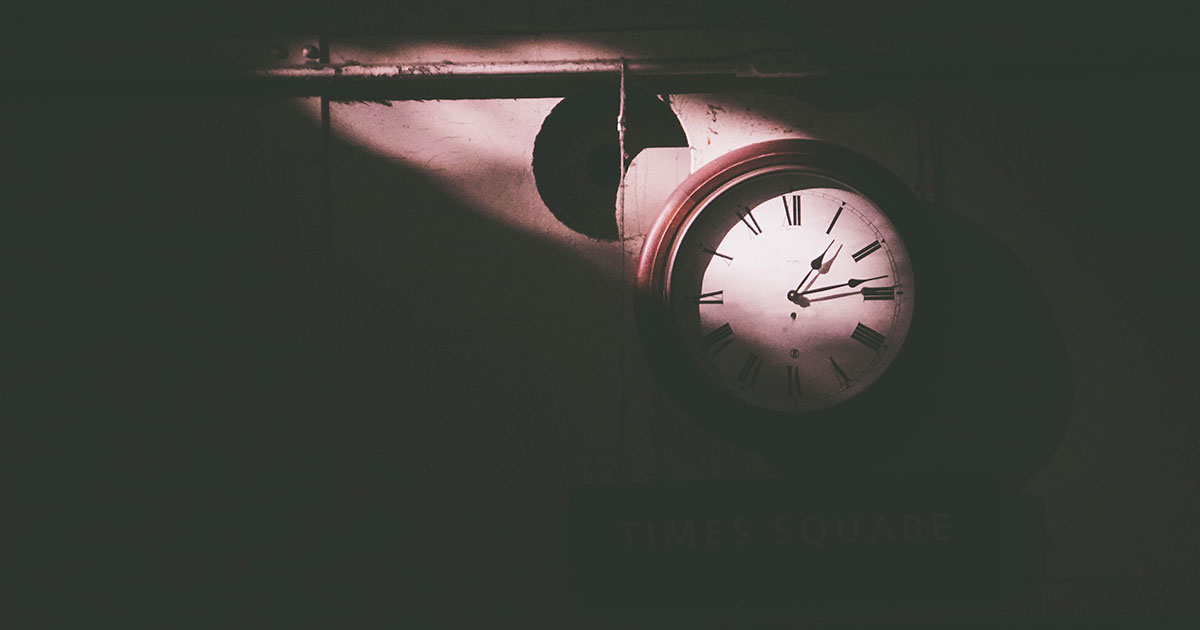 They say that death is the great equalizer, that it is the end, the truest end. Every one of us sees death all the time: pets, at least one death on the news a day, fake death in movies that sometimes breaks our hearts more than actual death, and the death of our loved ones. But lives aren’t the only things lost over time. Time kills. We cannot go back in time even a second. It is time that really takes everything in the end. Even the gods of Ancient Greece, Rome, and the Norse were at the mercy of time.

To a parent, time is a commodity. We always want more time with our kids and we’ve got to work to earn it. How much time we spend with each kid can often be seen as our way of showing our love, even though of course it has nothing to do with that. The same can be said for friends, other family members, and our spouses. Then there’s work, the dreaded four letter word that makes us all roll our eyes and cringe. Some people believe that those who spend more time at work are somehow better, that work is the be all and end all, serving some grander purpose perhaps, or maybe even as a way to show love to one’s family.

Time is something we cannot escape, can’t even wrap our heads around its passing. We know how many days we’ve lived, can calculate the seconds if we wanted, but that’s always changing because time is always passing. Yet we don’t know how much longer we have. We want time to pass because most of life is boring and arduous, spoiler alert. We want our kids to grow up so things will be easier for them but we also want them to stay little (they’re a bit cuter that way, don’t judge – we’ve all thought it).

One thing is clear: nothing lasts forever. It’s a saying that is no comfort to those in pain and a pain to the comfortable. Another saying is “It may be hard, but don’t worry it will get better eventually”, or “Pain is temporary”. I think we’ve all also rolled our eyes to that one. “Enjoy it while you can!” your own parents say of parenting, as if it were that simple. That’s the worst part about time. We can’t fix our mistakes. We can’t go back and change things. Life isn’t a video game. And would we really want it that way? I think it would drive anyone mad knowing every possible ending and trying to change every possible outcome.

Sometimes though I wish it was possible to go back in time and fix my mistakes, that maybe my family life would somehow be happier. Upon closer introspection, this really isn’t the case. I don’t want a better past. What I want is a better future.

At some point in my life I became fairly ambitious. I began to think ahead in years. “By time I’m X age I will be at Y point.” Interestingly enough, these never involved family life. They were personal goals: graduating, publishing, and most of my teens were spent working up towards a black belt and then competing in numerous Tae Kwon Do tournaments. I never thought I’d be a father of three before I turned thirty, but here I am. Great things have happened to me and great things await, but that doesn’t stop me from looking back and getting a bit sad. “Surely, I will have something by the age of twenty-six. That’s when so and so published his first novel.” Now I say surely by thirty-three, and so on and so forth.

Anyone past a certain age, certainly the over-forty crowd will chuckle and tell me how young I am, which makes me want to roll my eyes and say give me a break. I’ve got a long way to go, I know that, but I’ve come a long way, too.

Things don’t turn out quite as we expect, do they?  We can predict the weather with some damn good accuracy, can calculate the genetic likelihood of blue eyes in our children if we have the right info, and don’t know if you’ve heard this, but those polar ice caps are due to entirely melt shortly. Yet as far as our own life goes, it’s entirely unpredictable. Sometimes life throws something at us, that changes everything, changes those plans we had worked out in the back of our minds.

A few years ago I had eviction notices on my door each month, I was jobless and at times unable to work due to illness, and my divorce left me without a car which made looking for a job even harder. I thought I couldn’t get any lower, yet even then I reminded myself that things could be worse, they could always be worse.

I learned then the truth is that the chaos simply doesn’t end, that’s the nature of life.  Embrace the chaos. Don’t be a control freak. Because if you do and play your cards right and you might end up in a way better place than you could have ever imagined.