an idea in space management 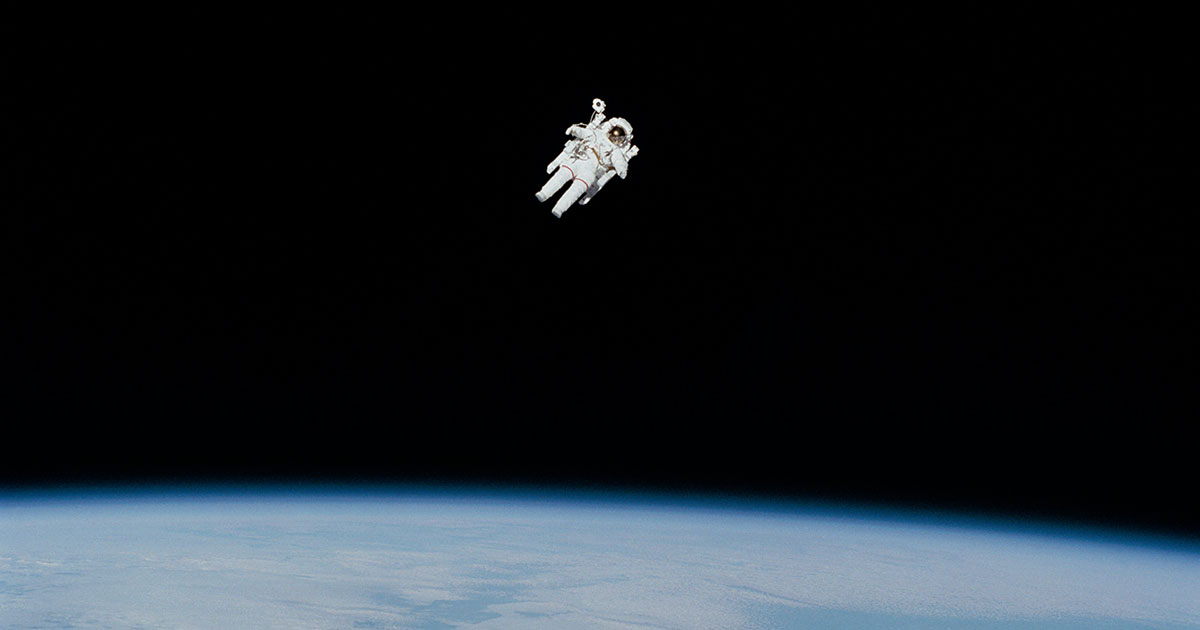 I was looking around various news sites on the internet last week when I came across a picture of Congressperson Lauren Bobert (Republican, Colorado). She was asking to be called Congressman Lauren Bobert, just to show Nancy Pelosi and her gang of jackbooted, cancel culture thugs that she wasn’t going to be pushed around by the enactment of the unusually robust and egalitarian Equality Act. To make her case she was packing heat, in the form of an enormous handgun holstered at her side, waiting for the next Democrat who was stupid enough to call her Congressperson Bobert. It was nothing new—“Welcome back my friends to the show that never ends.”[1]

What caught my eye was the Space Force hat she was wearing.

Space Force, I had forgotten all about it. I remember Donald Trump’s awkward announcement, the giggles from military historians, the sneers and catcalls of a society already in debt to a complex system of weapons development and procurement, the complete and almost cosmic shockwaves running through Congress. I remember thinking of Heinlein and Philip K. Dick and the fantastic stories of my youth. It made me a little weepy and nostalgic for the days when I could get lost in a flea market novel, until I realized it was actually happening.

A quick search revealed congress had passed a defense appropriation bill with 15.2 billion dollars for Space Force. Part of that is my money, and I wanted to see what they were doing with it.  Space Force “is a military service that organizes, trains, and equips space forces in order to protect US… interests in space and to provide space capabilities… USSF responsibilities include developing Guardians, acquiring military space systems, maturing the military doctrine for space power, and organizing space forces to present to our Combatant Commands.”

Guardians, that’s what we need, space guardians brought to you by Donald J Trump. “In this week’s episode of Meat meets Music have a big glass of Trump vodka, throw some Trump steaks on the grill and spend the evening listening to the delightful, dulcet sounds of ‘The Trump Guardians in Space.’”

Fifteen point two billion well spent. Unless the question is “What if we don’t need Space Guardians?” Oh well, too late for that now. In the words of the military “If we have them we need them, you don’t know, you’re just a civilian.”

Looking around the website I was impressed by the amount of service people (servicemen, if Congressman Bobert is reading this) dressed in camouflage. Almost all of them. Not what I would consider space camouflage. Not that I have any idea what space camouflage would look like, but I’m pretty sure it wouldn’t look like that.

Since Space Force falls under the command of the Air Force I decided to take a look at their website. Sure enough, most of the airmen (the original Equality Act followers in the US Government—take that Congressman Bobert!) were duded up in camouflage fatigues. Same with the sailors on the Navy website. Sure, they still have their formal uniforms but when they are out doing sailor or airman things they are dressed in camouflage.

I’m not sure why they chose camouflage patterns, and here the term, which is defined as “concealment by means of disguise,” is probably inaccurate. It’s more fashion than function. Maybe it was a recruiting gimmick, “Join the Air Force, we have camouflage too.” Or “In space no one can hear you scream[2], or see you cleaning the bathroom.”

Of course, there is more to Space Force than snappy looking uniforms and protecting hopes and dreams, and to find out what they are I went to the page to apply for a job. I’m always looking for my next “dream job.”  Maybe my “Purpose on this planet isn’t on this planet”[3] Where do I go to sign up?

I’m almost a natural candidate for Space Force, I’ve been on airplanes without being sedated. I’ve read “The Guns of August” by Barbara W. Tuchmann and “War” by Gwynn Dyer, so I understand the need for discretion. I’ve seen most of the Transformers movies so I know what we’re up against. Plus, I’ve already received my first Covid19 vaccination so the American Taxpayer is off the hook for that. I’m not a fussy eater so mess hall rations is fine with me. Moreover, and this might be the most important part, young people see me as a natural leader, almost a father figure, and I’m old enough now that most people are “young people” to me.

When you look at it I’m almost destined for a top slot in the company. Maybe the big kahuna, or the grand poobah, I can see it now, Tim Clark, Big Kahuna; Space Force. I’d be willing to settle for General, or Admiral or whatever term they want on the front of the business card, but on the back we know what it would say.

Man, it would be something, the parade down Main Street with confetti flying through the air, champagne corks hurtling harmlessly across Time Square as people celebrate the victory of the Space Guardians, led by General Clark routing the Klingons, or Romulons, or Darth Vader’s Empire. Everybody would be smiling, tears of joy and gratitude streaming down their adoring faces.

Maybe 15.2 billion isn’t enough. Not when you consider the dangers, just think about the Predator, we need to start developing stuff for that, cool, deadly stuff, like the Predator has. Schwarzenegger isn’t going to be around forever.

Unfortunately, at least for the future of Space Force, America and the world at large, Space Force engages in illegal, and insulting age discrimination. You can’t be over 39. Bunch of wet behind the ears, know nothing punks, they’ve never seen “It Came From Outer Space.” Someday, they’ll come crawling to me.

[2] From the movie Alien, directed by Ridley Scott, since I might be the only person old enough to remember it.