ALL THAT MATTERS IS THE TRIP 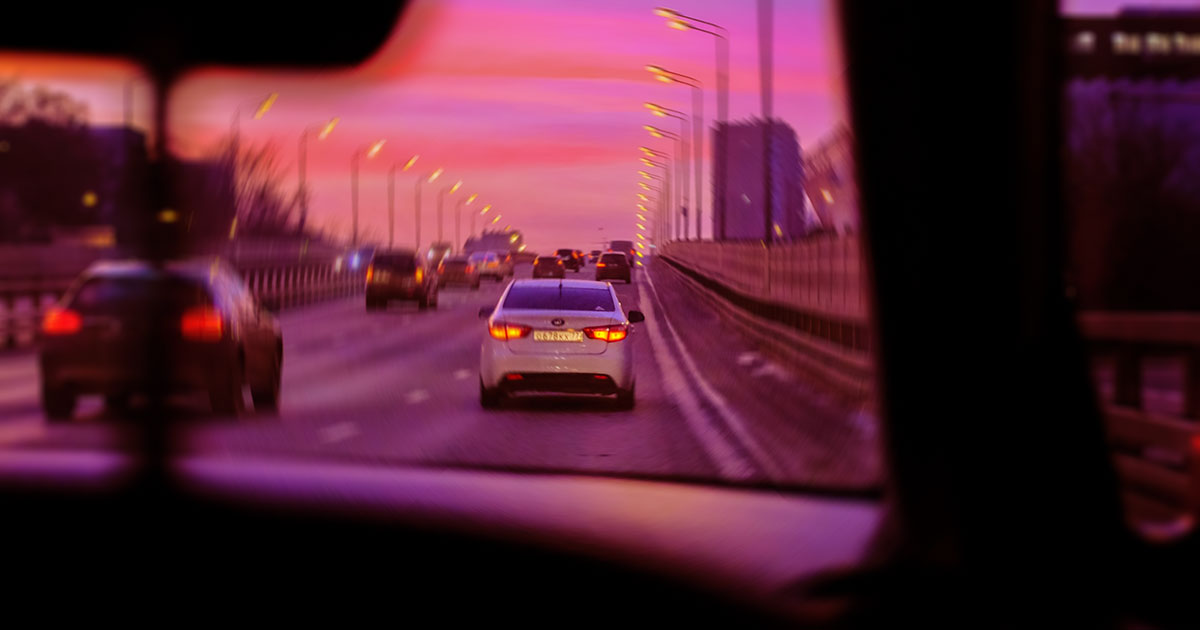 It was a long road to work this morning. It wasn’t the road though, I didn’t even pay attention to that. It was the time that seemed too long. During my drive, I realized, commuting is a window into humanity. More than that, it’s a gateway into the laws of eternity. All of the past, every act of creation and scientific discovery is focused into the time it takes to get to work, and from those precious seconds flows all of the future. The now is the zenith, it’s all you have, it’s all you need.

In the now, everything changes, everything is relative. Traveling is never about the distance, its only true measurement is time. This is particularly true when traveling to work. Time becomes a commodity, time becomes a deity. Maybe they took too long in the shower, or lingered a few extra minutes over their cheese Danish, and now time is a noose tightening around their neck. Time can be an enemy, a predator.

Time and travel are the yin and the yang, the alpha omega; they have always been the only purpose, we live so we can take the trip. Getting there is half the fun.

Acceleration is the change of the rate of velocity and velocity is everything when you have an 8:00 AM meeting and nothing accelerates unless a force acts upon it. There is no more simple or undeniable rule in physics. But, physics has no formula to account for the effect road construction has on tardy office workers. Though, it would seem time for a new branch of science. There needs to be a new discipline that calculates the impact of snooze buttons, text messages and a stop to buy coffee. The coffee, of course, is the biggest variable. Cream, sugar, foam, whipped, blended, all stealing precious seconds from the time side of the equation. Seconds that will need to be found somewhere else. Speed assumes a new importance as time becomes a treasure, a commodity. People hope that if they travel fast enough time will slow down, and they will have a little extra at the end of the ride. A few minutes will make all the difference. There has to be a way of studying the effects of carelessness and apathy compounded by congestion.

Entropy may be the culprit. The degree of disorder or uncertainty in a system. Watching a car smash into a space barely big enough at 70 miles an hour in the slowly growing light of dawn is all you will ever need to know about uncertainty and disorder. Horns honk, tires squeal and you can almost feel the expletives, the rage. It’s the cries of millions of people across thousands of miles. Years of aggravation and bitterness echoing across all of humanity. Waves washed across my car, its power was horrible. It’s intensity undeniable. All of the impotent frustration, years of being cut off, watching a kamikaze dive into a space that was already too small for safety triggers a primal urge for retribution. “Defensive driving be damned, I’m passing that son of a bitch.”

It’s the trigger, everybody, and I mean everybody, is now in the game. Every driver is consumed with not giving up his/her space in line. Nobody wants to lose anymore seconds. Even if it is suicidal, that’s not the point. It isn’t to get to work, a few seconds here or there don’t mean anything. There will still be time to get a cup of coffee, talk about the game, gossip about the accounting department, microwave a burrito, or frozen breakfast sandwich. Time means nothing at work. It is all about getting there.

Mobility, it was always the key. Nobody cares where you are going or why or when you are coming back. All that matters is the trip.

Years, decades, centuries, all that mattered was the trip. Cross the desert, cross the ocean, “Man, I have to got to get away from here. I don’t care if I sail off the edge of the world. As long as it isn’t here.”

The Epic of Gilgamesh, Homer, The Divine Comedy, hell even The Hobbit were all just travel guides. Mostly to places you don’t want to go but it wasn’t about the destination. It’s time we faced it, we were made for this. Movement is all we understand.

Maybe it is from our early days, hunter gatherers walking across the barren world. Simple people trying to scratch out survival, trying to stay one step ahead of starvation. Commuting in its simplest form. The Mongols behind the driving force of Genghis Khan almost commuted to everywhere in the world. Indeed the whole world, as far as he knew. They may have been the original road hogs.

Entire empires were built, just so they had someplace to go. Nobody could stomach just watching each other grow old gracefully. There is nothing that moved society so completely as the urge to get out and stretch their legs.

Commuting is an excellent way to find the deepest meaning of life. As you look at the cars history unfolds in front of you, off to the sides.  If you have the nerve to look behind you will see history coming fast, driving a silver Jeep Cherokee. Everybody commutes. Not really every person, but every type of person. It is the one place you can see them all. The bold and wild, the meek and mild. Everybody shares the same road. Some grudgingly, some willingly. The entire world trying to get to work. We are all related behind the wheel.