A LESSON ABOUT LOVE I’VE STILL TO LEARN 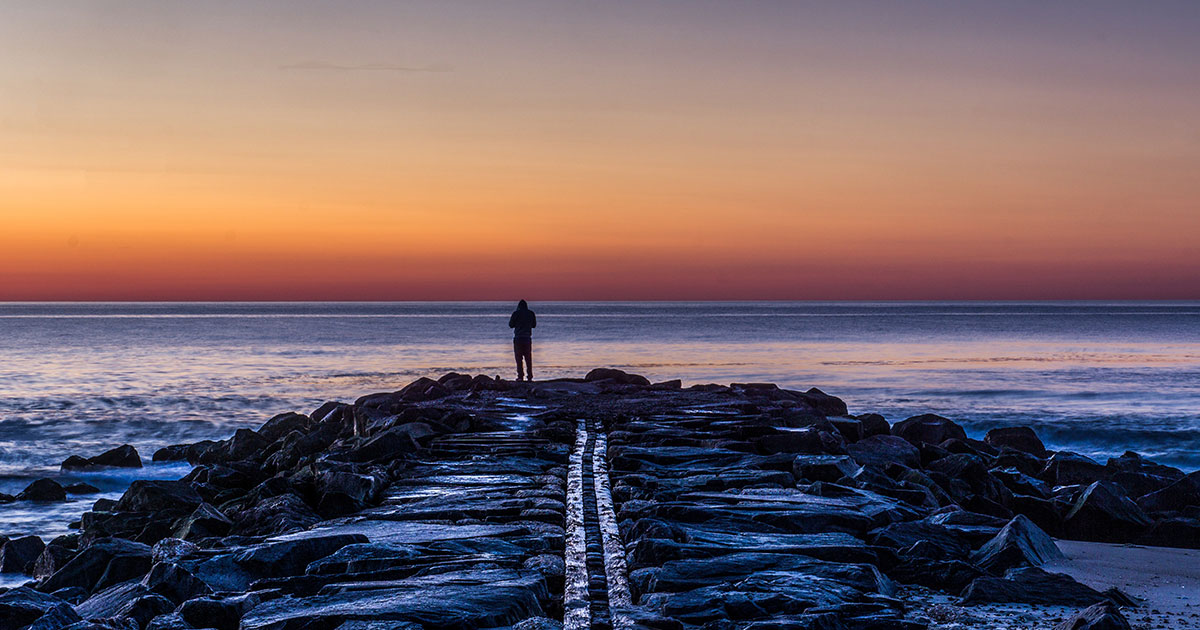 Several years ago, a young woman I’ll call B. fell in love with me, and I didn’t reciprocate. I think about it more often than I should. It was a chaotic time. I’d been living with one drug dealer and moved in with a different one who was less intense. I worked two jobs to save up for college, though I had no real intention of going. B. was my roommate’s cousin. The thing that stood out most about her was her kindness. One night, after I’d worked two 8-hour shifts, she brought me a sandwich. As sad as it sounds, I think about that, the simple act of listening to me and trying to connect, her decency. B. worked as a nurse, where she took care of people. She took in stray cats. Her friends were nice. Such simple things resonated but also intimidated me. It was easy being with B. We talked about things without attacking each other. We did things that weren’t meant to embarrass or hurt each other.

I didn’t know what to do with someone who seemed to actually like me. My modus operandi in such situations was to punish them for the audacity. Clearly, there must be something wrong with them. Once they started hating me, I could pursue them and be rejected properly. I didn’t want to do that with B. I didn’t want to do it with anyone, but it kept happening.

I rejected her because I was in a toxic relationship with someone else. It was an on-again, off-again thing that always started lovey-dovey and deteriorated into us taking turns hurting each other. This other woman lived in another town, and eventually, I moved there to play out this co-dependent dance again.

Another reason I rejected B. was that I wasn’t attracted to her. My ex was gorgeous. She had a boisterous personality. It was exciting, being with her. Everyone looked at her. I had practically no self-esteem, and being with the hottest woman in the room was a status bump. It was also exciting to go through all the drama with her. We were both damaged, and I could take care of her, sometimes. She could hurt herself to punish us both, which fed into both of our neuroses. It was all very complicated—much more so than the destiny I saw before me. Maybe I worked at a grocery store, but the night before, I was in a threesome with this beautiful woman and her also beautiful best friend. The friend had a thing for me. My ex had a thing for her. I was hung up on my ex. It was all deeply distracting from the drabness of the rest of our lives. We were artists. We were too big for our boring realities.

B. wasn’t exciting. She was funny and nice. She was the kind of person you married and lived with happily ever after. What a snooze fest. I felt that happiness was something that happened to other people and not something I deserved. I felt that, if I let her get too close, I would hurt her a great deal and maybe turn her into someone like me. This is a kind of cop out which excused me from doing the hard work of fixing myself, but at the time, I didn’t really think that was possible. So I tried to save her from me.

After I moved away, I would visit B. occasionally. I had drifted into heavy drinking and sporadic drug use, and then tried to get straight. I went to college, quit smoking and eventually quit drinking, but that all made me feel like a stranger to myself as well as to her. One Christmas, I had a bad wreck on the ice and was stuck in a motel in the middle of nowhere for a couple days. B. called the motel room. She’d gotten the number from my father. I’d been dumped by my ex just that morning and raced back to college, stupidly, and ended up here. It was the last time I’d see her. Here was B. in my moment of despair, selflessly checking on me. And here was I, in a situation I’d made for myself—a situation I’d run to, away from the much better possibility of being with her.

I remember, sitting on the couch in my apartment. We’d been drinking, though I suspected B. was pretending to be more inebriated than she was. She put her head on my shoulder and told me that she loved me. I pulled away, looked at her, and asked her what she’d said.

“Nothing,” she said, blushing.

I stared at her for a moment and then settled back into the couch. She eventually put her head back on my shoulder, but I was stiff, withdrawn. My ex had never said that. I was embarrassed, and angry at B. for that, but I was also scared that I would take advantage of her. I didn’t want to treat her the way I’d been treated. So I pushed her away.

Months after the wreck, B. wrote me a letter, which began, “Are you still sad for no reason?” I didn’t know how to respond to that. I think she meant that life isn’t ideal, and it’s dumb to dwell on the misery at the expense of finding joy. This is a lesson I still haven’t mastered.