What’s on the End of Our Forks 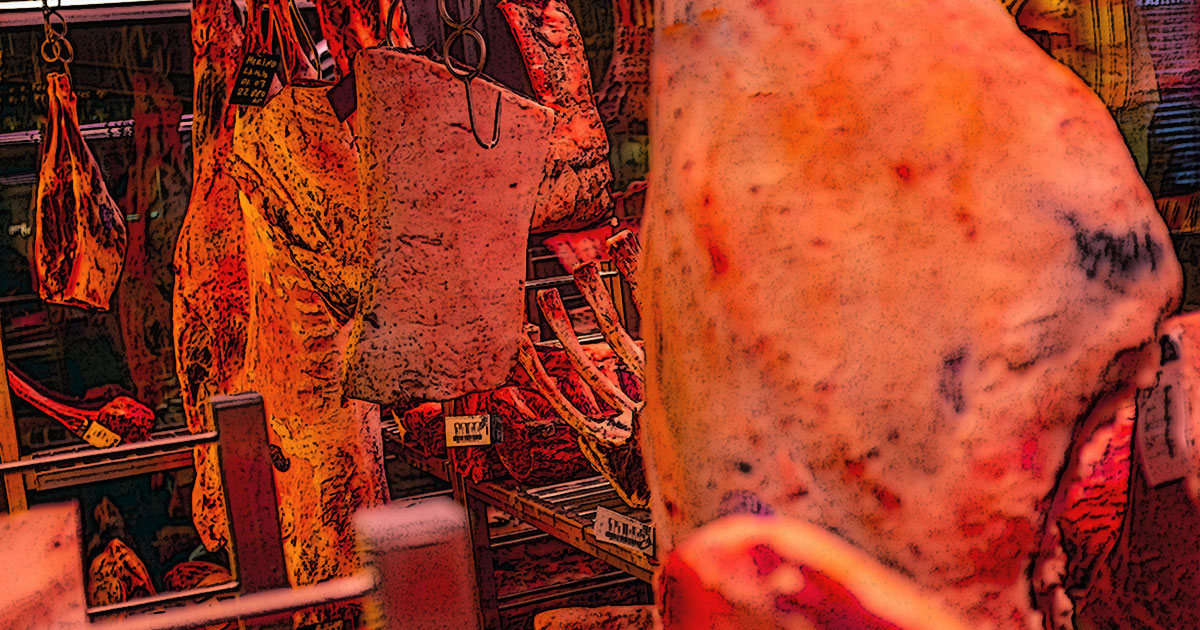 The coronavirus is laying bare other ills besetting our societies, and its lessons have been brutal. So far, it has killed hundreds of thousands and it’s fueling food crises so vast that the United Nations warns that 260 million people are “marching toward starvation.” It has highlighted government failures ranging from China’s fatal suppression of the truth about the virus’s rapid spread after it jumped from animals to humans to the fact that currently the virus’s ripest hunting ground is not the poorest country on Earth, but the richest. America’s predatory capitalism has been unmasked as a beast that’s consuming itself starting with the tail—the poor and minorities. Grim as this all is, what’s happening now is merely a preview of the environmental, health, and social shocks that will buffet us with ever-building velocity if we fail to address the climate crisis.

If 2020 is going to be more than the year that humankind’s looming demise comes into focus, we need to look up from our TikTok videos and take in what the coronavirus is exposing. We need to act on what we see. Much of that action will need to be collective, and the steps will be many and sometimes daunting. But there’s something individuals can do right away to respond to the virus’s most fundamental lesson: Stop eating meat.

Almost every pandemic the world has seen began in animals before spreading to human beings. The event that allows a virus to jump between species can be hard to pin down, but scientists say it’s often because people are consuming infected animals. Avian flu was definitively traced to a Chinese wet market, and there’s strong evidence that’s also how coronavirus entered the human population late last year. When we kill to live, sometimes the things we kill will kill us.

I have been a vegetarian since mid-childhood, but I have never been a proselytizing one—until now. Not eating animals has long been my choice, my passionate conviction even, but I never wanted to be a sanctimonious scold. In part because I’m painfully aware that my vices outweigh my virtues. And that my choice should never become anyone else’s mandate.

Acquaintances sometimes inquire—gingerly, since none of us are eager to hear anything that might make us reconsider the way we’ve ordered our lives—about what kind of vegetarian I am. Do I eat eggs? Fish? Am doing it for health reasons? Is it a moral stance?

My response is that I am a visceral vegetarian. Pretty much everything in me, from my brain to my gut, tells me that as much as I can, I don’t want to kill my fellow creatures. So yes, I eat eggs, because I class them not as critters, but as potential critters. But I don’t eat anything that has a face or a nervous system. Anything that would feel pain or fear when its life is taken away to become fuel for mine.

The choice about where to draw the line is one each of us must make for ourselves. Vegans can justly point out that my decision to eat eggs and milk abets the cruelties of factory farming, although now that I live in the country among kind people who raise chickens, I feel less guilty about the egg part. As much as we can, I believe we should avoid putting energy into judging others’ choices; but that doesn’t mean we shouldn’t put thought into our own.

Some cite biological evidence that humankind evolved to be carnivorous or omnivorous, that eating flesh is part of how we survived as a species. That may well be true of our prehistoric past, but as billions of individuals and innumerable societies and religious sects have demonstrated over the past few thousand years, we don’t need to eat flesh to survive.

Why kill to feed ourselves if we don’t have to—especially now that eating meat may well be killing us? Long before the coronavirus or even worries about the way the meat industry is one of the biggest contributors to global warming, it was pretty clear that meat isn’t all that healthy. Not for our bodies, and not for our souls, if such things exist. And if they do…well, animals likely have them, too.

Sacrificing Humans on the Altar of Meat

One of the sickest developments of this literally sick era is President Trump’s proclamation that meat-processing plants are “critical infrastructure,” which means that states and counties where employees are getting infected in droves can’t mandate that those plants be closed, or even be subject to mandatory disease-preventing regulation. That’s madness when the close working conditions in those meat-processing facilities have made them hot spots for coronavirus transmission. Thousands of workers are now infected, overwhelming medical facilities in ill-equipped agricultural regions of Iowa, Ohio, Colorado, and other states. And the deaths are mounting.

You don’t need to be vegetarian or vegan to be repulsed by thinking that prioritizes killing animals over saving human lives. Or to feel like you inadvertently passed through the looking glass when you hear a pork baron’s voice quaver with indignation as he bemoans the tragedy of pigs being “euthanized” to save money on feed and storage because the meat-processing plants those pigs were scheduled to be murdered in are now shuttered to protect the people who work there.

Despite tremendous pressure and a whole lot of pleading, Trump has been loathe to ruffle the feathers of corporate executives by forcing them to manufacture ventilators to save the lives of COVID-19 patients, or respirator masks to protect the lives of the doctors and nurses caring for those patients. But when the supply of bacon and chicken fingers became threatened, the administration’s action has been swift.

One reason, of course, is because Trump loves him some meat. He used to be in the steak business, and as president he’s hosted surreal receptions featuring towering pyramids of fast-food burgers. The other reason Trump is pressing so vigorously for the reopening of meat-processing plants is that the people he’s bossing around with his executive order aren’t the wealthy CEOs he golfs with; they’re lowly workers well used to bad conditions and meager pay. If imperiling their lives by forcing them back to work isn’t enough to ensure a robust supply of meat on the tables of Trump and his supporters, maybe the next step will be grinding up the workers themselves.

That might sound extreme—something out of Jonathan Swift or the old sci-fi shocker Soylent Green—and I’ll concede it’s unlikely. But it’s hard to anticipate what will and won’t happen in a world where a flailing sociopath like Trump is the leader of what used to be the free world. And where health insurance and drug companies have the biggest say in the coronavirus protocols and treatments they hope to profit from. (By the way, are you as creeped out as I am that the company producing the drug currently promoted as our best shot at treatment has the Atwood-esqe name of Gilead?)

As we think about ethics, health, and diet, literature offers much to chew on. There are books like The Omnivore’s Dilemma and Eating Animals, but my preferred explorations come from the realm of fiction. One of my favorites is a sour little oddity by J. M. Coetzee called Elizabeth Costello. It’s a philosophic tract disguised as a novel that tackles a question that has long struck me as bedeviling: What if the truth, once perceived, upends everything? What if a realization necessitates a total, root-and-branch reassessment of priorities and mandates fundamental changes in how we think and act? Through the novel’s dogged, largely unlikeable heroine, Coetzee raises the scary question: What if seeing and acting on a moral imperative makes you an unbearable pain in the ass?

From the Sublime to the Soiling

For me, it’s an ugly irony that the mean-spirited freak show Tiger King has become a pop culture touchstone of the pandemic era. The central figure is an animal abuser, but most of the audience is too busy guffawing over Joe Exotic’s patchy mullet and the meth-ravaged teeth of one of his two husbands to register the harm Joe did to his imprisoned animals.

Yes, I know I sound like a scold, a buzzkill, a veritable harridan. But come to think of it, that puts me in fine company. From flesh-and-blood truth-tellers such as Greta Thunberg and Naomi Klein to fictional ones like Cassandra, Pandora, and cranky bad-time girl Elizabeth Costello, it’s telling that the oft-disparaged voices of alarm and conscience are so often women’s. I’m not sure why that is, maybe it’s simply because we tend to be more endowed with empathy, which drives us to speak out for others and the planet, even though we know we’ll be chided, even reviled for it.

After four decades of keeping my mouth largely shut about not killing animals, I am opting to follow the example of those illustrious women, albeit in my modest way. The time is long past due for human beings to have a Naked Lunch moment and finally scrutinize what’s on the end of our forks.

Meat may not just be murder, it may also be suicide.