WAITING FOR THE MIRACLE 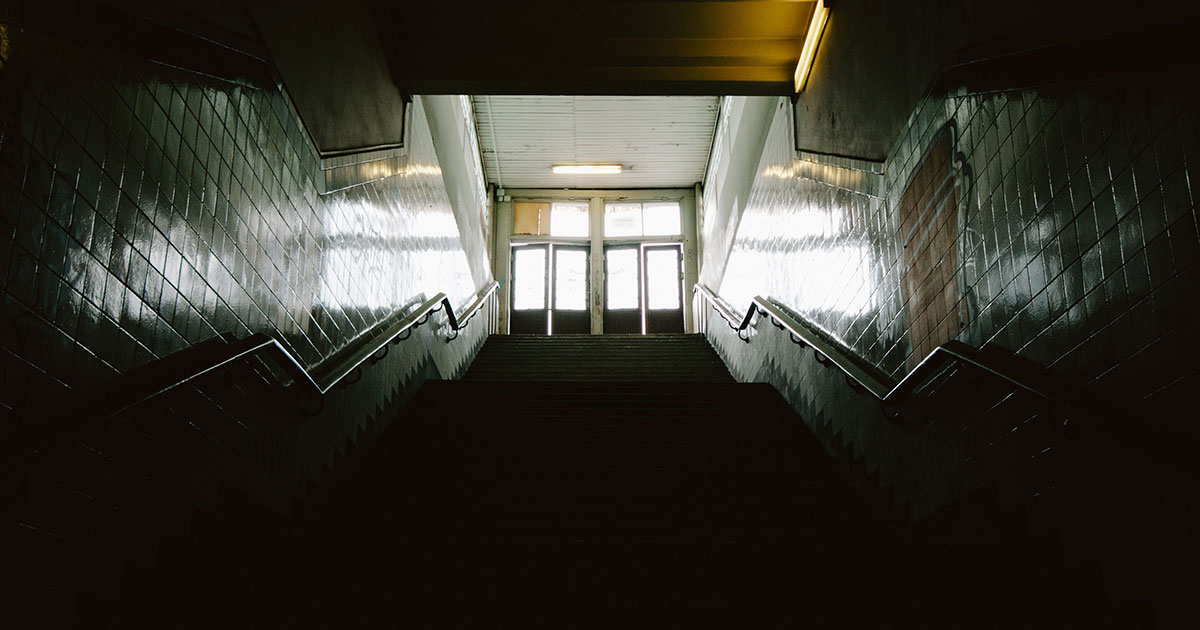 A little over a year ago, I came to the realization that my life was a garbage fire—or rather, that I needed to put it out before it consumed me entirely. I’d worked and struggled to get to a certain point of success–in terms of relationships, jobs, and lifestyle–and every time I came close to reaching it, these things would seemingly collapse. I had lost the drive to keep fighting, and I knew that I wasn’t going to last much longer.

I had to change my life, and I needed help to do so. In a general sense, I didn’t mind my situation, or rather, I was used to it. Depression can do that to you. I’ve always known that my Depression would win at some point, since the first time I attempted suicide when I was about my daughter’s age now. The only question has been how long I’d be able to stave it off. But I was getting tired.

The thing was, I have a daughter, and I refuse to let her down. I could make all kinds of justifications, but the reality is that my mental health issues would eventually get to the point of screwing her up if I didn’t do something about them. And I wasn’t going to scar her, like I’d been scarred.

So, I had to change my life. All of it. I had to start over. But of course, you can’t just flip a switch, go out for a “pack of cigarettes” and never come back, starting over in a new place. I had to work with what I already had. What I mostly had was debt and lack of opportunity, as well as executive functioning issues.

Don’t get me wrong. I’m high-functioning. I have a strong work ethic, and I keep it together just enough to get by. But that wasn’t enough anymore.

I’d tried the usual stuff before, many times, without much luck. I started going to talk therapy when I was in college. I’d done it on and off since, with no real luck. It can be difficult to find a therapist you “click” with. It’s also expensive. Insurance may or may not cover it, and when it does, it tends to limit the sessions covered. When my daughter was conceived, I started doing it again earnestly—as well as going on meds—but again, didn’t have much luck with either. I’d done both for a few years, but eventually couldn’t afford it anymore. It’s hard to keep paying for something you can’t afford when it doesn’t seem to be working.

I also knew that I needed to try meds again. I’d been on several meds before without much luck. The best I’d really found was a med that didn’t have too many side effects (but also didn’t help much). While my then—wife was pregnant, I would sweat through at least one shirt a day from hot flashes. I would fall frequently from dizziness, and my memory and focus fluttered out the window and became lost in a haze. One medication made me lose the ability to see images in my head. I couldn’t sleep, either, and would lie in bed, just waiting for the morning, my thoughts buzzing like hornets. It felt like I was on meth, but I got a lot done around the house. Psychiatrists are expensive, and in my experience, insurance rarely covers them. There’s also the cost of medication (That meth-like med cost $800+ a month, for example).

It took several weeks to find both a psychologist and a psychiatrist. I’d been doing a lot of research on my situation, and I began to suspect that my previous diagnosis of Clinical Depression wasn’t completely accurate. I set about getting a new diagnosis, and with it, a different approach in medication. The problem with changing my life was that it was still me doing it. If I couldn’t function beyond a basic level, I couldn’t do it. I needed help to identify some of my more negative behaviors and to root out the causes for them. Some of this stuff may seem obvious, but being aware of something and being able to change it are two different things. I’m aware of how marathons are run; I can’t run one without a lot of work and training beforehand. I would need guidance on how to train, if I wanted to run it at all.

I found a psychologist who was much more invested in my success. Before, it had felt like I was just complaining. I had plenty of hard-luck stories, like most people, but reciting them hadn’t really done much except make me feel embarrassed and ultimately more depressed. With this psychologist, I actually started to feel better, which I honestly hadn’t thought was possible. I put more effort into talk therapy than I had previously and started to feel and see results.

One of the worst parts of my life at the time was my living situation. Around the time I started talk therapy, I also moved to a nicer place. Instead of mice scurrying through my cabinets, bedbugs, the occasional shooting in the parking lot, I had a fireplace, a balcony, quiet neighbors. This gave me an opportunity to take control of my space. I realized, as the movers left, that I had too much stuff. There were stacks of boxes everywhere, towering over me and creating a claustrophobic effect. I’d culled some before I moved, but there was so much I’d held onto that I didn’t need–things I’d been holding onto for years. I started going through, room by room, a little bit at a time, and culling. I donated and gave things away. I set goals every week—fifty books and two trashbags worth of other stuff. I arranged and replaced. I got rid of things that I didn’t need. I could go into more depth on this—I grew up poor, and the idea of saving stuff for later is deeply ingrained in me. But I had too much stuff. It was metaphorically smothering me.

In the same way that I needed to take control of my mental health and my space, I needed to take care of my finances. As you can imagine, I had a ton of debt. Some of it from medical bills from therapy and psychiatrists. Some from when I was laid off. I set clear goals and took on a lot more work in order to get out of debt. I also started eating better and losing weight in order to take more control of my health and body. My body was like my apartment; I’d neglected it and not engaged with it. My finances were similar. These sorts of things take a long time to change, which can be frustrating, but seeing any success was a victory.

Slowly, my life improved, and my outlook improved. None of it came quickly. The progress I’ve made has been incremental, but I’ve kept it up. When I started seriously working on changing my life, I didn’t think it would happen at all. Now, things aren’t anywhere near perfect, but they are better. I live in a nice, neat place. I’ve eliminated the most immediate debt and have a solid plan to reduce some more. I’m eating better and losing weight. I’ve put out the fire and started sorting through the rubbish. There are more things I’d like to change, but I’m not there yet.

The bullet point, here, is that I’m still in the process of healing, but I’m made a lot more progress than I thought possible. A year ago, on a scale of 1-10, I felt like a 1, or maybe 0. Now, I’m probably at like a 2 or 3. Normal would be somewhere in the middle. I’m glossing over a lot of things for the sake of time. Negative behaviors are often coping mechanisms borne of trauma, and to address those behaviors, you have to address that trauma. Most of the work I’ve done has been that. It’s something that I’ll never stop doing; it’s just nice to actually make a little progress. And even a little progress is enough to keep me fighting on.