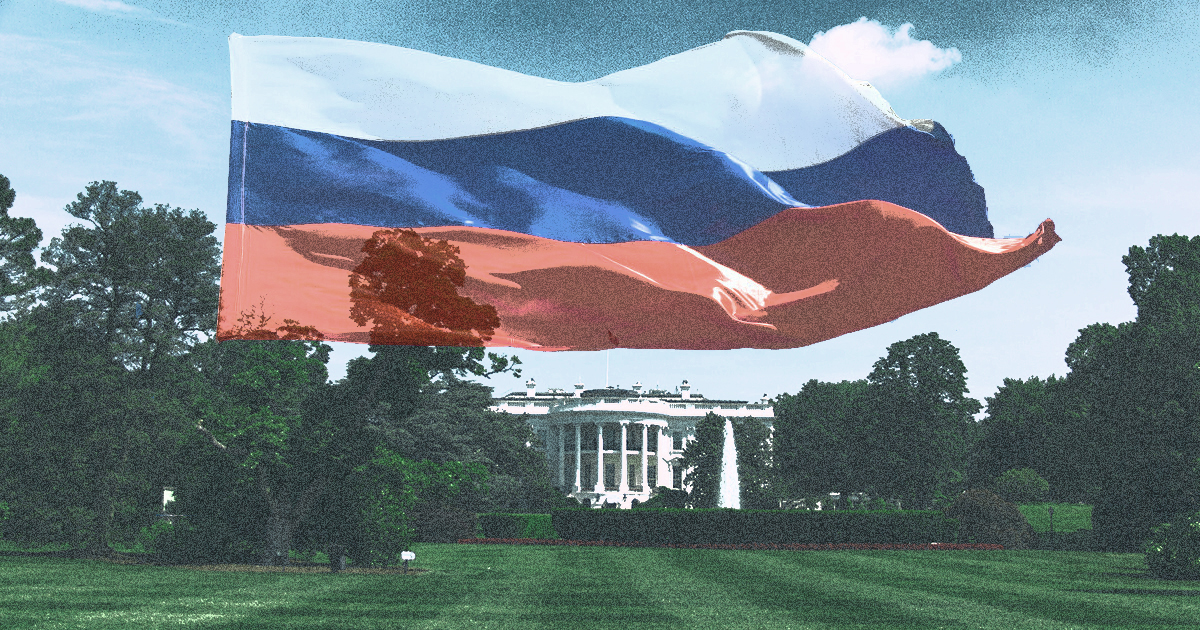 On July 16, 2018, President Donald Trump met his maker. Not a celestial being, or even the infernal demon that would be a more likely progenitor for the malignant dotard now occupying the White House. I mean the man who put Trump there: Vladimir Putin.

We’ll probably never know what was said and promised during the two-hour private meeting that preceded that manic Monday press conference. But through finger-covered eyes, many of us saw at least some of that joint press conference. When describing it, many journalists deployed the term “jaw-dropping,” and in some respects, it sure as hell was. Putin mostly maintained his KGB-honed stone face, though he couldn’t suppress the occasional smirk as Trump bumbled and blundered through his attempt to prostrate himself sufficiently before the man who had made him president of the United States—and an obsequious, if incompetent, pawn of our country’s greatest enemy.

Trump looked like a besuited baboon practicing the unfamiliar art of standing up straight. And if that besuited baboon could talk, he’d likely toss the few words in his limited vocabulary around like scat, just the way Trump did.

Though for Trump, gibberish isn’t a bug, it’s a feature. One that helps him “walk things back” when he’s gone too far for even Congress’ apparatchik Republicans. Perhaps the most dramatic moment of the Trump-Putin press conference came when Trump lobbed this mélange of verbal caca: “My people came to me—Dan Coats [director of national intelligence] came to me and some others—they said they think it’s Russia. I have President Putin; he just said it’s not Russia. I will say this: I don’t see any reason why it would be.”

When the craven and complicit Republicans made frowny faces about Trump taking the word of a foreign war criminal over the unanimous conclusion of U.S. intelligence and legal agencies, Trump tweeted that he meant to say “wouldn’t” instead of “would.” But even by Trumpian standards, “wouldn’t” doesn’t fit in the context of that sentence or that press conference, not to mention Trump’s other pronouncements denying Russia’s interference in the 2016 presidential election. Remember the 400-pound dude hacking into Hillary’s email from the comfort of his New Jersey bed? And there’s this tidbit from this month’s vertiginous press conference, uttered soon after the “would/wouldn’t” line: “So I have great confidence in my intelligence people, but I will tell you that President Putin was extremely strong and powerful in his denial today.” At last…a Trumpism we can translate with confidence: “You’re sexy when you lie, Vlad.”

Aside from the most striking of the press conference’s sound bytes and visuals (the red, white, and blue of the American and Russian flags blended together in front of the gilded columns that apparently, three out of four authoritarians prefer), there really wasn’t much that was truly jaw-dropping about Trump’s show of deference to Putin. If you’ve been paying attention, the signs have been there from the start. (Heck, even I was writing about them early on; for instance, in this column I wrote a month into Trump’s presidency.) To see just how bad things might be, check out this New York Magazine article, which connects a lot of dots to lay out the likelihood of the various ways Trump may have been compromised by the Russians, possibly going back decades.

Is it Too Late to Rescind the Declaration of Independence?

If the Republicans who currently dominate both houses of Congress won’t save us from Trump, maybe another country will. I’ve never wished that my motherland would be invaded by a foreign power before, but now that it’s happened, maybe we need a second invader to deliver us from our new Russian masters. What about Great Britain?

After cringing at Trump’s spastic flailing on the diplomatic stage during his recent visit to Europe (shoving aside the Montenegrin prime minister at last year’s NATO summit was just the warm-up; this time he boxed out the Queen), I relished the wit, fury, and massive numbers of the protesters who turned out to protest Trump’s presence in the UK. As I watched a BBC montage of Britons describing the moral outrage that brought them out to raise their voices against America’s president, I wanted to weep. It’s our own damn horror-show president, yet there these principled and articulate people were, waving clever signs to show their support for democracy and humanity.

But then again, the Brits have to contend with Brexit; their own national mess that, not coincidentally, looks like it may have been helped along by Vlad’s fingerprintless thumb on the scales. So maybe Canada could save us instead. I’ll confess that I’ve always wanted to be rescued by a Mountie…

Or maybe America needs to save itself. There are only about 100 days left until the midterm election that could put Democrats in charge of one or both houses of Congress. Trump’s impeachment could move from pipe dream to reality. See you at the polls.

Maria Behan writes fiction and non-fiction. Her work has appeared in publications such as The Stinging Fly, The Irish Times, Huffington Post, Daily Kos, and Northern California Best Places.