Tomorrow: It’s what you make it 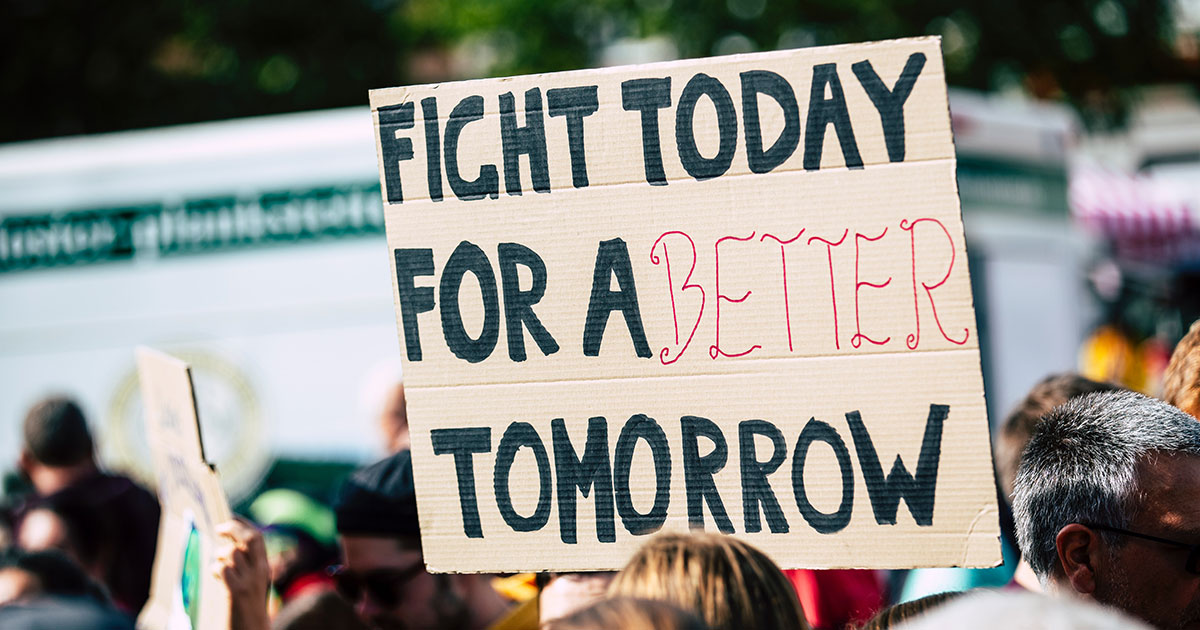 There are times, fleeting moments, when history shifts, and everything is up in the air. When the coordinates of the familiar suddenly reconfigure, when magnetic north moves, and people are left struggling to make sense of the new conditions of their lives. Those moments are rich in possibilities, as the if-onlys of our dreams start to crystallise around some seed idea that just a few weeks before had seemed so far from reality as to be almost absurd.

The fall of the Berlin Wall was a moment like that. Just a few months before it finally opened, East German premier Honecker went on record declaring that “the wall would last for another 100 years”. But pressure – social, economic, political pressure – was building, and would soon set in motion a chain of events that would rip the old order asunder.

And when it came there was that moment, that feeling of weightlessness, that sense of disorientation that affected all the forces and all the actors involved, before the engine of the familiar started to re-engage, and the police moved back to cracking heads, and the politicians went back to making deals and closing off the paths to all other outcomes apart from the one we are left with.

I was thinking of those times today, as I drank çay sitting outside a Turkish restaurant round the corner from where I live, my first post-corona-lockdown tea in a public place. It was exhilarating, and a little frightening. The people at the nearby tables, and the pedestrians passing by, were all a little too close for comfort. It was as if life was suddenly speeding up again. The slow-motion suspension of lockdown has left me fazed, shaken far more than I would like to admit. Sometimes I find it difficult to recognize my life in this new world of queues, masks, disinfectant and mortality rates, R-numbers and corona-inspired conspiracy theories.

Our lives have suffered an enormous jolt, and plenty more are on the way.

When did thinking about the future become an extreme sport?

As I write these words, the number of recorded corona-related deaths in the USA is approaching the 120,000 mark.

When 9/11 happened, and 3,000 people died, the US government pulled out all the stops. It mobilized the military, it mobilized all the resources of the state to fight those that it deemed responsible. It pulled some well-prepared plans out of the drawer and cranked up its war machine.

Because those 3,000 deaths were not acceptable. Because – we were told – that such an outrage should never be allowed to happen again.

Fast forward 19 years and 120,000 avoidable deaths seem to be no cause for alarm. Indeed, we are told they are “a badge of honor”. The US government is obsessing less about fighting the disease than about getting people back to work. But the hire-and-fire policies of extreme capitalism mean that almost a quarter of the US workforce is now unemployed.

The approaching depression looks set to make the 1920s version look like a walk in the park.

Where are we going with this? Deep into uncharted waters, that’s where. Yet at the same time, in this period of unprecedented societal shocks, the bells of history are tolling louder than ever. And they’re tolling for us.

There’s a new virus spreading, on the back of the pandemic, and it’s a virus tinged with fascism. It’s the virus of anti-science, anti-truth, anti-foreigner, anti-lockdown protests. It’s the instrumentalisation of hate, mistrust and ignorance, weaponized to firm up a world-view where what’s true is what you believe, and what you believe is what’s fed to you.

Ivanka Trump and her ilk have “taken the red pill” and opened their eyes to the all-pervasive left-liberal conspiracy that is making ready to enslave the world.

Here in Germany, anti-lockdown demonstrators, anti-vaxers and assorted fascists have taken to wearing the star of David to protest their supposed victimisation by government lockdown and the mainstream media.

In Michigan, protesters armed with semi-automatic weapons are permitted to “protest” inside the state legislative assembly.

In the broader US, lack of central government response to the virus means that states are forming regional coalitions to coordinate their response.

If America implodes, how are other “western” societies around the globe going to resist the aftershocks?

I spent last night discussing conspiracy theories with a friend of mine. He’s a nice guy, I’ve known him for years. But it seems as if he’s been soaking up this toxic conspiracy soup because it gives him some kind of handle on the situation.

I tell him Germany is doing fine. Stringent track and trace measures mean that deaths are around the 8,000 mark.

He says it’s a crisis of disinformation and democratic freedoms. That more people die from the flu each year so what’s the big deal?

He says, why can’t things just go back to normal again?

The way I see it, normal was what got us here in the first place.

And the whipped-up hysteria around malevolent global elites (but never global capitalism) and its increasing confluence with the pronouncements of the extreme right, ring frighteningly familiar in this country of the Holocaust, and the sacrifice of millions in the name of fighting a supposedly all-pervasive global conspiracy.

Historically, in addition to fomenting genocide and extreme forms of patriarchy, the shock troops of fascism have always also been used to destroy the organisations that question the existence of capitalism.

The emergence onto our streets of organised fascists, and their unwitting sympathisers, is a sign of the fragility of the capitalist order.

And of course, Trump’s recent parade of masked soldiers on the steps of the Lincoln Memorial was meant as a message: We are ready for dictatorship.

There is no going back now. Socially, environmentally, politically, we have reached a “saddle point” – a watershed moment, in which the path we choose will set our course, our social trajectory for years to come.

Just as any emergence from lockdown will be into a world transformed, our societies are going to have to face up not only to the threat of fascist thugs on the streets, but also to impending global economic depression, mass unemployment, irredeemable debts, unsustainable industries, mass bankruptcy and a long-term global health emergency.

Oh, and a runaway climate dynamic that threatens the annihilation of civilisation as we know it.

We are locked into a path of social upheaval, unnecessary health- and hunger-related deaths, and climate disruption.

Our last, best, only hope, is to call for, and actively organise, a politics of mitigation, preparation, adaptation, resilience and resistance.

And justice, finally, for the millions of people whose lives have been blighted by systematic, endemic, racist violence.

Movements such as Black Lives Matter are showing the way forwards, illuminating the path to genuine system change, borne up by a broad-based coalition with common goals with regard to social justice.

The unreal suddenly becomes possible. The president flees to his bunker and barricades himself into the White House. Democratic politicians take a knee against police violence. The city of Minneapolis votes to abolish the police. The toppling of a statue becomes a history lesson about an empire built on genocide.

We need guaranteed healthcare and a basic income for all. A right to a home and a job that is both safe, decently paid and meaningful. Freedom from violence and the right to a liveable planet. And justice, finally, for the millions of people whose lives have been blighted by systematic, endemic, racist violence.

Movements such as Black Lives Matter are showing the way forwards, illuminating the path to genuine system change, borne up by a broad-based coalition with common goals with regard to social justice.

The unreal suddenly becomes possible. The president flees to his bunker and barricades himself into the White House. Democratic politicians take a knee against police violence. The city of Minneapolis votes to abolish the police. The toppling of a statue becomes a history lesson about an empire built on genocide.

On a personal level, on a what-can-I-do-about-this-mess level, the precondition for our making a difference, is participation, is organisation.

Sure, Covid is not over. Of course you have to stay safe. But if the coronavirus has taught us one thing, it is the nature of what is important, what is real, in matters of life and death.

So let’s be clear. This is not a moment for letter-writing. Nor for “online protests”, although there’s a role for those things too.