THE POWER OF PRIDE 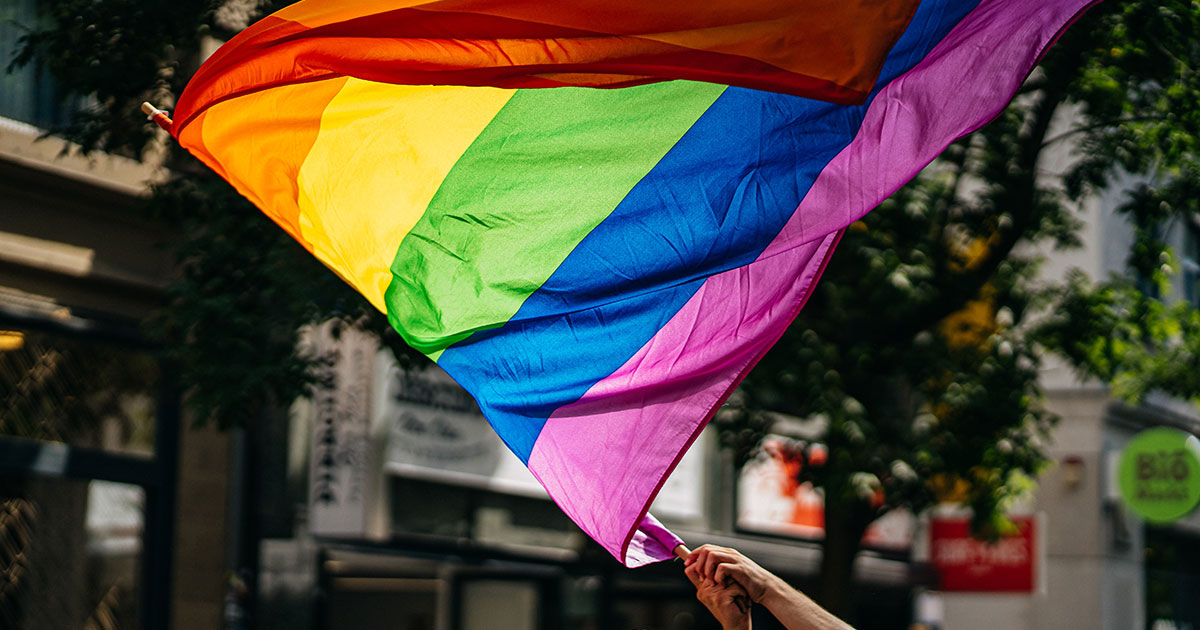 All week long the weather had been unbearable. Too hot, cloying, suffocating humidity. On the morning news they talked about how it was 20 degrees more than normal, and how we were suffering the first awful days of a long, hot summer.

On Saturday myself and my wife were signed up to march in Pride on High, a celebration of Pride Month in Columbus. The weather was crisp, wonderful, the sun was high and smiled with a charming benevolence. It was hard to believe, almost impossible.

The week before, a U-Haul full of armed white supremacists had been arrested in Utah. They had been on their way to thwart a Pride Parade. I couldn’t help but think of that as we made our way down to the assigned meeting place. But the Columbus police had taken the threat seriously: huge tractor trailers were parked at the intersections and uniformed officers were everywhere. Nazis be damned. The parade was going to happen, and it was going to be safe.

It was the first time the school where my wife works has participated in the Pride on High parade. She talks often about “her kids.” They are all her kids. She tells me, almost boasting, about how accepting, and open the high school students are. 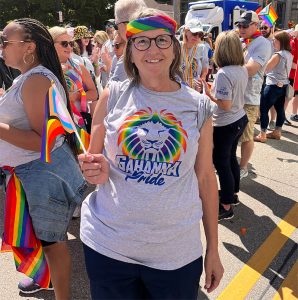 When we arrived, they handed us t-shirts that displayed the school mascot in rainbow color. We wore them with pride – they were striking, defiant. For some they brought the spirit of Bob Marley to mind. I heard steel drums and guitar and the island sound. “Get up, stand up. Don’t give up the fight.” Hell no.

We had two hours from the time we met until the parade started. People were animated and happy; the day was perfect for a parade. They wanted to talk. I wanted to listen and stay out of the way.

“She’s coming; she’s a big supporter.” “They really stand with us.” “True friends.”

It was almost coded to have a meaning deeper than what the words conveyed. It was a statement of inclusion, not looking in, but being in. There was an urgency in the words. A demand, a desire. “Look: all we want to be is what we are.” It wasn’t angry. If anything, it was a celebration.

It was a feeling wide and deep, and as the morning wore on it became louder and more insistent. And happier.

I asked one of the organizers of our group about Stonewall Columbus, the group that sponsors and organizes the parade. He was young, early twenties, and you could tell he had seen some things. It showed in the careful lines etched around his eyes. The cautious, fleeting smile that never seemed to last too long.

“It’s an organization that tries to battle prejudice and offers resources to those in need. There is a booth in the park at the end of the parade route that will help homeless youth. Most of the homeless youth are minorities or gay. Sometimes their parents can’t understand and throw them out.”

Here he broke loose. His words came quick, he had a lot to say, and he wanted to say it.

He told us about a pride march he had attended in Spain. It couldn’t start until after dark, because local fascists tried to break it up.

“We won, we finished our march; it was after 11:00 at night, but we finished, and the fascists lost.” He was rightfully proud. It showed in his eyes, they shone with an inner light, and it was beautiful.

Then, as suddenly as he had started, he stopped. Which was fine. Sometimes you can hear as much in the silence as in the words.

As I walked up and down the street, filled with people, five blocks long, three columns across, dressed to outrage or blend in, it was Pride in all its glory. There was laughter and music, and celebration. I have never seen so many people in such a small place, let alone existing in such harmony. I am still dumbfounded. 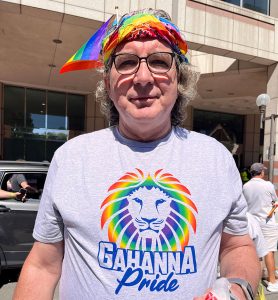 When the call came to march, we did, slowly and with little fanfare. We handed out candy to the kids and waved our rainbow flags. It was almost sedate.

The energy flowed from them to us, and from us to each other. It filled the street with love. It filled me with awe. I had never been part of something so moving, so powerful, urgent, demanding. It was irresistible and accepting. My wife came over, and squeezed my arm, she leaned in, and with her voice breaking she said, “This is amazing.” She was right.

I fear there is no balm in Gilead for my new friends, though. The Supreme Court has already struck down Roe v Wade, making abortion a decision for the states. And they have made it clear they don’t agree with Obergefell v Hodge, the case that made gay marriage a constitutional right.

As I look back and think of all the joy, all the love, all the acceptance, I wonder how anybody could argue with that. I really thought we were making some progress. Shame on us.