THE BETRAYAL OF TIME 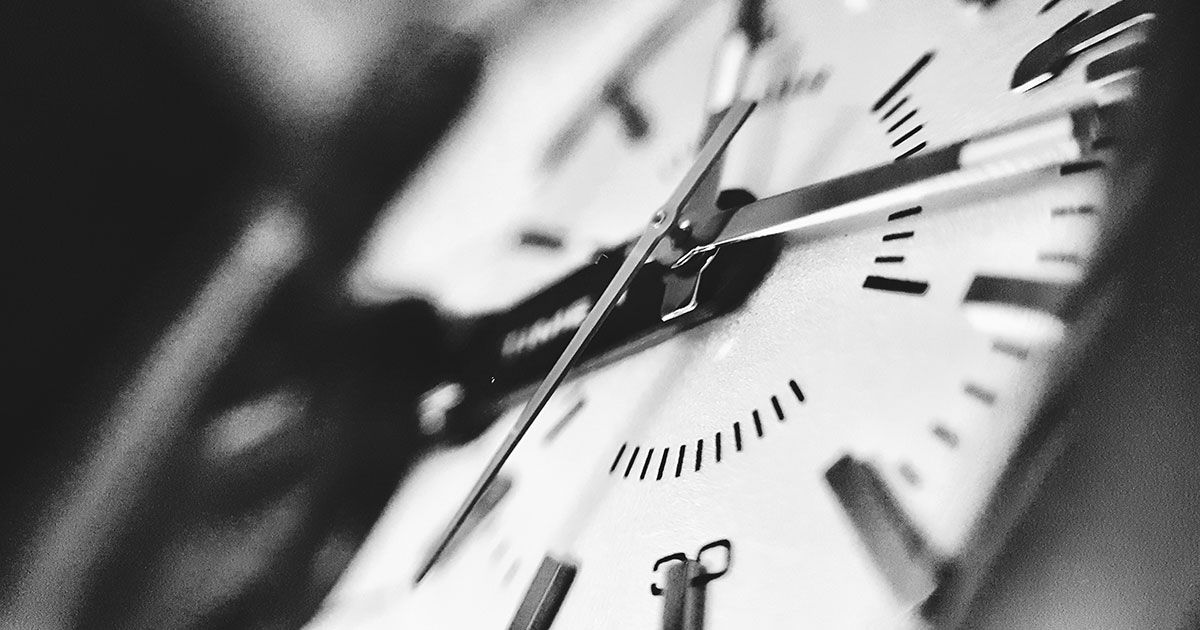 It feels like I’ve spent my entire life waiting for time to pass, especially now that I’m in prison.

The concept of Time never even occurred to me until I was in elementary school and the countdown to summer began. My friends and I would start talking about summer vacation in March, months before our escape from confining classrooms with world flags draped above the chalkboard and grating pencil sharpeners. This rabid eagerness for school to end started around the third grade, when the novelty of something stimulating (going to class) collided with the revelation of something prosaic (homework is boring); that catalyst brought with it a feeling I hadn’t had before—a keen awareness of needing time to elapse. I watched the clock, wishing away each dull weekday while blowing the seedy tops from inert dandelions in the recess yard. I willed each meatball lunch in the cafeteria to be my last. This wasn’t the same excitement as the Twelve Days Before Christmas, peeling stickers from a holiday calendar with the hopes of getting closer to our presents; that was just childish anticipation. This was a false expectation that there is something better in the future, and I mistakenly thought that the present moment didn’t matter.

It seems as if time has a hold on our lives in a very static way; always promising other things in a different fraction of its wave. Physicists agree that time is one of the most difficult properties of our universe to understand. Although scientists are able to describe the past and the future and demarcations such as seconds and minutes, they cannot define exactly what time is. Physicists like Galileo, Newton, and Hawking all had their great mathematical minds monopolized by the theories of time; simultaneously yearning for new scientific information to appear in the future. A helping hand from a physical world that doesn’t yet exist. I presume that they too were always waiting for something else, slaves to the slow burn of time’s melting candle. (Einstein was an exception, however, being a devotee of the Eternal Present, his late-life ideas married to the Buddhists and Hindus of long ago).

If you’re always waiting for something to happen, you’re never fully aware of what’s happening now—never mindful of the moment. We are constantly either remembering pieces of the past, reconstructing them like a cracked egg and foundering on the verisimilitude of our own memories, or planning for the future, a period far beyond our reach and a reality that hasn’t even happened yet. It’s a form of mental illness, in a sense. Hypothetically, if a man spent his average lifespan of 72 years waiting for a bus that he could never confirm would arrive, would we institutionalize him and judge his actions as irrational? That rhetorical question becomes more severe if we compound it to billions of people waiting at different bus stops—foregoing the Now for the If. We are all planning for events that may never exist, which definitely won’t unfold the way we expect them to, and that we cannot control (completely).

I never put considerable thought into the passing of Time—linear time, the space-time continuum, the fourth-dimension, calendar years—until I came to the penitentiary. When the judge remanded me to the Department of Corrections for a 10-year sentence for burglary, I had an immediate and stupefying realization: that is a long goddamn time. Say the words ten years aloud. Think about two points in your life that are roughly 10 years apart, and then visualize all of the things that happened during that period. Birthdays. Marriages and divorces. Graduations and funerals. Gray hair and menopause and disease. Career changes.

The special theory of relativity states that time is an intersection of world lines in three­ dimensional space that becomes an observable frame of reference; for me, it’s torture. Time is a conscious experience of duration; the period during which an event occurs and a dimension representing a true succession of such events. The measurement involves the establishment of a scale in order to refer to the occurrence of events. The problem with prison is that there is no succession of events. My routine is so banal and repetitive that it is easy to forget what month it is, easier yet to forget the day of the week. Nothing changes. Even if you try to measure a span of time using two. mundane points like the noon head count and the evening master roster count, they are so echoed and frequent that one simply envelopes the other, until there is no differentiating between the two, It’s an amalgamation of miserable procedures. No world lines ever intersect behind bars, and time ceases to exist.

Steven Hawking correctly hypothesized that black holes would stop time; according to Einstein’s general theory of relativity, gravitation severely modifies space and time near a black hole. As the event horizon is approached from the outside, time slows down relative to that of distant observers, stopping completely on the horizon. Right now, it feels like I’m inside a correctional institution located near a black hole.

I am in a black hole.

Some days, I sit on my bunk reading for what seems like hours, only to look at my watch and find that 30 minutes have passed. According to a study in Science, the length of a day 900 million years ago was only about 18 hours, instead of 24. The study inferred from the geologic record that the moon has receded from the earth at a constant rate over millions of years, and the results were based on records of ancient tidal patterns. My immediate thought when reading this was that I wanted to go back in time to serve my sentence, and shave off six hours a day. But that’s not possible. Instead days move like volcanic lava, inching their way down the mountain side as if in no hurry, with no need to rush for anything or anyone at all.

There are several ways to measure time that are in use today: solar time is based on the sun’s motion across the sky; sidereal time uses the motion of the stars; dynamical time uses the orbit of the Earth, Moon, and other planets; atomic time is based on electromagnetic waves emitted by atoms; standard time is based on the division of Earth’s sphere into twenty-four equal time zones, Prison time is the measurement of intervals between innocuous and drudging events; moments so dull that sleep comes easy and minutes feel like hours. It’s a record of boredom. Scientifically, prison time has yet to be quantified by a sundial or a telescope or a wristwatch or physics, but I can prove that it exists through definitive, empirical evidence—my decelerated life.

As a Buddhist, I know that living in the present moment is an elemental part of my practice and is directly related to my mental well-being, but my emotions have trouble reconciling with that understanding. They are two soldiers on a battlefield, with one having an unfair advantage. I want so badly for this sentence to be over, for my release date to come, that it affects my Zen, and I’m foiled by my feelings of anxiousness over and over again. Although I know logically that nothing is permanent, and that this moment is just a ripple in Lake Time, it often gives me no comfort. I’m impatient. I daydream. I contemplate the possibilities in a future that has never been guaranteed to me. I think about what I’ll wear when I get out and if I’ll change up my style. What kind of career I’ll pursue or what my life’s purpose will become. I ponder what my next girlfriend will look like and fantasize about hugging my son, imagining the awkward but loving conversation we’ll have when I see him for the first time since he was 10 years old.

In the meantime, I breathe and calm my monkey mind. I transfix into meditative thoughts. I’ve spent my whole life up until now waiting for something to pass me by, when I should have grabbed a hold of each and every instance, enjoying the good times and embracing adversity as a learning lesson. I still daydream about the days moving quicker, but that happens less and less every day. For now, I choose to breathe, and practice Zen Time.