THE ART OF HAVING NOTHING 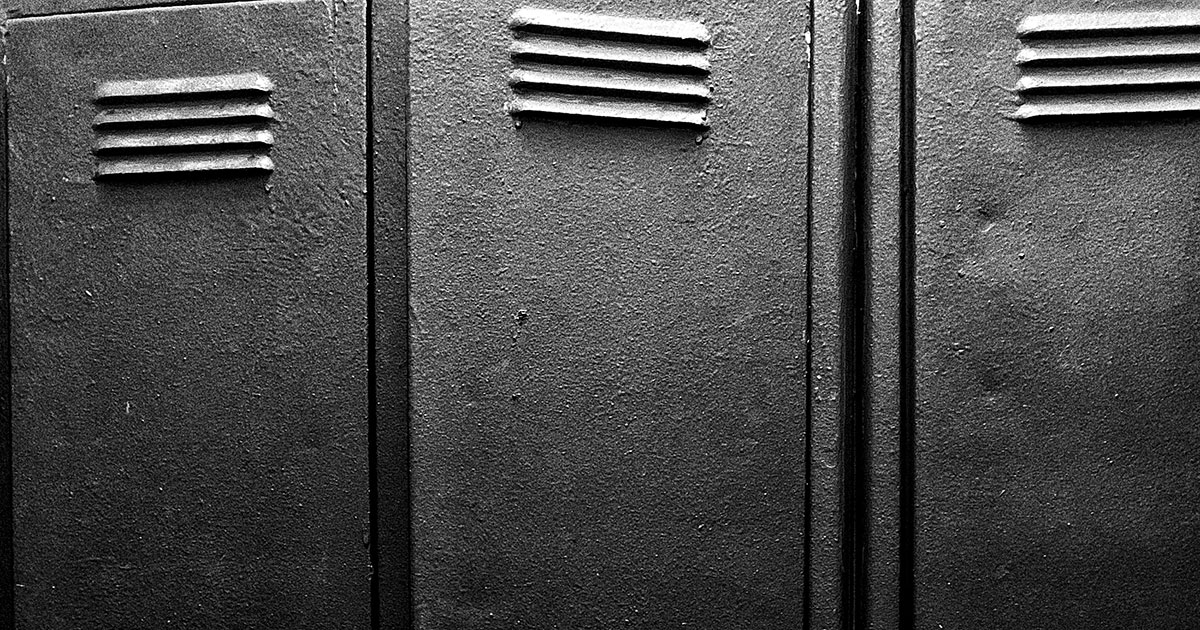 Thirty inches long. Twenty-two inches wide. Eighteen inches high. Stainless steel with two hinges and seven cubic feet of storage space. Rusted. My prison footlocker holds every possession I now own, but nothing from my past. When it dawns on me that I can fit my entire life into this metal box, I get depressed. I open the lid to see my dull reality many times a day: Ramen noodles, the Tao-te Ching, a picture of Jennifer Lawrence, books of stamps, my tablet and headphones, state-issued t-shirts, Playboys, packages of refried beans and tuna. All of the conveniences of prison and necessary holdings of a convict.

Most inmates will agree that the items in our footlockers are valuable far beyond explanation. I had a cellmate who has kept a four-leaf clover he found on the rec yard for ten years now, and he would be heartbroken to lose it. It’s his connection to the wonders of nature and a reminder of freedom. Another acquaintance inventories his food items from the canteen with a daily religious fanaticism, convinced that his self-worth is somehow dependent on the amount of peanuts and chips and Crystal Light packets he owns; these are his only belongings and he covets them with zeal. My best friend is a harmless stage-four hoarder—he refuses to throw anything away and can barely close his locker lid. It’s overflowing with Q-tip boxes, property receipts, five-year-old magazines, and poorly packed mementos; he breaks out in a sweat every time he’s forced to toss something in the trash, as if he’s losing a part of himself. Very aware of the psychological deficiency, we joke about it all the time; however, when you own so little, the little things mean so much.

These army-gray footlockers hold our only assets while incarcerated—the Department of Corrections passes out hygiene, socks, and boxers, but prisoners have to buy or hustle up whatever else we need or want. Families can send money to purchase extras like playing cards, reading glasses, vitamins, or sneakers, and we store these accoutrements in our tiny boxes, stowing them away like the treasure of Monte Cristo. Some of the inmates have empty lockers, unable to fend off the wolves and keep their things. The drug dealers rent five or ten lockers, filling their illegal safety deposit boxes with goods that make them feel rich again.

Everyone behind the wire can tell you what’s inside their footlocker and what’s most important to them. For me, it’s my photo album. I look at my photographs frequently—a reminder that I have a life outside of prison, and family members who love me. My sons. My parents. My siblings and friends. These pictures are secured inside of my personal Fort Knox, protected by a combination lock and safe from the perils of my external environment. No matter how tough things get around me, I can pull out the album and look at their faces, knowing that I am fighting for more than just myself; my change comes from within and my family is my inspiration. I have many things inside my locker, but nothing is as important as that $2.00 photo album.

I organize my footlocker with obsessive compulsion … I only keep things that give me joy. Because I save what’s meaningful, it’s especially hard to accept when items get confiscated during a shakedown—correctional officers love to take random “contraband” from lockers, even if it isn’t a security issue or a direct violation of the rules. Sometimes they just discard my belongings for no reason at all, and I’ve had things taken so often that I’ve gotten used to it. The illusionary importance of materialism has receded in my small world; I’ve learned to have a Zen­like understanding towards material things after losing so much in life. Eventually, with the perseverance and equanimity of Bodhidharma, I started to let go of the past and what was missing and realized that my attachment to possessions was causing me lasting melancholy for no reason. I now know that identifying with objects as a piece of my whole is dangerous—when something disappears (which is inevitable … after all nothing is permanent) my happiness is tied to it like it’s a sinking anchor.

I lost more than just stuff when I came to prison: nutrition, dignity, privacy, safety, esteem, purpose. These intangibles make up a large part of what makes people content—the bottom to top of Maslow’s pyramid. But I also lost my active addiction to pain pills when I made a conscious choice to stay sober, even though I can get whatever drugs I want behind bars. I lost my selfishness when I put my family first. I lost my regrets when I came to understand that I can’t change what I’ve already done… and realized I have the power to control how I will move forward. I lost my anger through years of meditation and therapy. I made the choice to rebuild myself from the inside, and only saved what behaviors benefitted others: kindness, compassion, humor, love.

It hung prominently on the wall of my rancher, in between a tall potted cactus and my cedar martini bar. Pastel colors of pink and seafoam and sunshine were softly brushed onto the eggshell-white canvas, and a blurry, feminine figure leaned seductively against the right side of the painting. The decorative teak wood frame was faintly burned and polished, and a small art lamp hung above to illuminate the greatness of The Nude, a painting by one of the most famous musicians in the world—Jerry Garcia of the Grateful Dead. The watercolor was my most beloved possession; at once the most expensive art I’d ever purchased, and a maudlin connection to one of my favorite bands.

Everyone that ever came to my house asked about the painting; I loved telling friends at parties the story of the thumbprint accidently pressed under Jerry’s signature while the paint was still wet, and it became the showpiece of my living room. The artwork was a part of me, a reminder of a beautiful time in my life. It brought memories of traveling and musicality and the possibilities of youth. The last time I saw The Nude was when I packed it into a padded cardboard box after my divorce long ago. I stashed my cherished painting at my parent’s house and forgot about it as I continued on a journey down the rabbit hole of addiction, loss, and eventual prison. I traveled thousands of miles without really thinking about the object again.

When I came to prison in 2014, I was sure that all my previous possessions were wiped away like a clean slate, with no remnants left to ever see again. But during a recent phone conversation with my father, he gave me some unexpected news:

“I found a painting of yours when I was cleaning out the garage.”

There’s something to be said about the lessons you learn when you lose everything in life. I won’t ever tie my happiness to the anchor of my belongings again, and I’ll start over with a new appreciation for the things I have, but I am pretty excited to see The Nude once again.