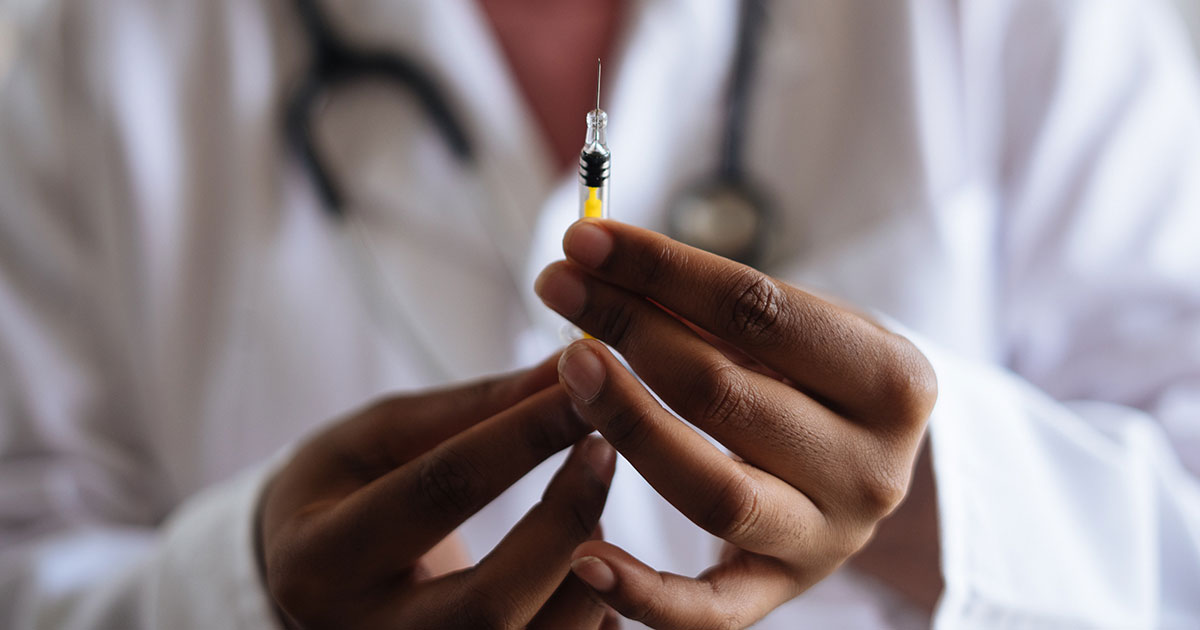 It’s not often that I feel the need to praise the actions of a US government.

But the recent announcement by the Biden administration of their intention to push for – an albeit temporary – patent waiver on Covid vaccines has created a glimmer of hope for the people of Covid-stricken countries, as well as sending shock waves throughout the pharmaceutical industries of the western world.

The move actually follows the lead set by India and South Africa in October 2020, and comes at a time when all of the major industrialised countries have more or less turned the corner on the Covid pandemic. Vaccination rates in the USA at the time of writing are around 76%, with a similar figure in the UK, whilst the European Union heads for 50% after a slow start. Meanwhile countries such as Brazil and India find their health systems overwhelmed, and are facing a public health crisis of catastrophic proportions.

In recent weeks the media has been full of stories of people dying in the streets of Mumbai or Delhi for lack of beds, a burgeoning black market for oxygen, and of course a critically short supply of vaccines. To make things worse, the effect of the pandemic on agriculture, and poor peoples’ ability to put food on the table, has led to a sharp uptick in food insecurity, i.e. hunger, not just in India, but also around the world.

At the same time, companies such as Pfizer and Moderna have been making windfall profits from the pandemic.  On current projections, Pfizer is expected to make $15-30 billion in vaccine sales in 2021, while Moderna is projected to make $18-20 billion. Others, such as Johnson and Johnson and AstraZeneca, have sales projections of $10 billion and $2-3 billion respectively for 2021.

And while big pharma publicly panics about profits being squeezed, and disincentives to future research, the taxpayer billions provided upfront by world governments are discreetly omitted from the conversation. Secret deals with vaccine companies also largely exempt them from legal consequences in the case of complications, effectively socialising the costs of research production, and neutralising the risk of mistakes, while privatising profits.

Of course, a narrow focus on the pharmaceutical companies detracts from the wider picture of what has been termed “the COVID-industrial complex”, which amounts to a huge shadow network of profit opportunities for firms to suck up public funds in schemes that have been characterized by corruption, inefficiency, lack of oversight and backroom dealing. One of the most mind-blowing schemes was the UK’s notorious Test and Trace system, which was funded to the tune of £22 billion (around $30 billion) in 2020, but which was so inefficient that 100 major figures wrote to the government in mid-2020, asking why 90% of the funding was unaccounted for. Covid tests have been subject to price gouging in the US, with charges by large health systems ranging from $20 to $1,419 per test. The US Public Citizen website reported in July 2020 that 27 clients of Trump-connected lobbyists had received federal COVID aid, totalling more than $10.5 billion.  And in Germany several MPs from the ruling conservative CDU party were forced to resign for personally profiting from protective mask procurement schemes.

But while Covid has become a profit cornucopia for big pharma and its acolyte industries, the world’s poor have been dying in their millions, with the global death toll currently heading for 3.5 million. And as it stands, the USA still lead the world in terms of Covid deaths. But the USA has also rolled out one of the world’s most effective vaccination programs, making the vaccine freely available to all residents, irrespective of immigration or health insurance status. This is obviously a good step, particularly in a country of astronomical health charges, but it does not in itself mean that the vaccine is free, merely that the taxpayer pays for it, rather than individuals through their medical insurance (or lack of it).

Already here, the logic of the system is essentially indefensible. The public pay for the research, production and deployment of the vaccines through their taxes, yet the pharmaceutical companies retain almost all the profits. The market for illness-related products such as PPE and testing is entirely unregulated, and has effectively become a scammer’s dream, while people outside of the wealthy West are simply left to die for lack of access to basic necessities.

Indeed, it is not just a question of a patent waiver. Waiving patent rights simply means that firms and/or governments are left to figure out how a specific vaccine works, not that they are aided to do so. What’s needed is a far more pro-active program, involving not just a patent waiver but a transfer of the technology and know-how involved, and a pooling of resources, so that vaccine production can be ramped up throughout the world, and particularly in poorer countries. Any sane response would see governments taking control of the industries that are crucial to human survival, as most governments have been known to do during wartime, and eliminating the profit motive from the equation. And any such response would have to work to eliminate the cronyism and corruption that governments are prone to by placing such production under genuinely democratic forms of control that include frontline hospitals, doctors, patients’ organisations, and virologists and pandemic experts.

Okay, but we are not in a world of sane responses right now. If we were, we wouldn’t have a Corona crisis in the first place. In a damning report commissioned by the World Health Organisation (WHO) and published in early May, the authors call the pandemic a “preventable disaster”, with “weak links at every point in the chain”. Vaccine distribution has been “blatantly unjust and not strategic”. The world’s response had “exacerbated inequalities” and “global political leadership was absent”, resulting in millions of unnecessary deaths. The report sees an appropriate response not in what is profitable, but in what is required: massively increased vaccine production, provided to the countries most in need, with the industrialised countries making firm commitments to provide “at least 1 billion doses by September 1 to Covax, the UN-backed initiative to get vaccines to 92 low and middle-income countries, and more than 2 billion doses by mid-2022”.

Let’s get it straight here. These action recommendations are not calls by some ultra-left fringe group. They’re from an independent commission that include a former Prime Minister of New Zealand, former Presidents of Mexico and Liberia, and a former International President of Médecins Sans Frontières.

The logic of saving lives in a catastrophic situation requires that we put aside profiteering and neo-liberal dogma. It means making access to life-saving vaccines, and health care in general, a fundamental human right. It means an end to vaccine apartheid. It means putting people before profit. It means a coordinated global response to a global emergency, where the rich countries put their collective shoulders to the wheel and live up to their collective responsibilities, responsibilities that must also include rapid vaccination responses to the most serious outbreaks, in order to prevent them from turning into incubators of even more deadly variants of the disease.

And if we’re talking about basic human rights, and fundamental services that people need free, or at the very least, cheap and affordable, access to, let’s not forget housing, water, workplace dignity and most of all, a liveable and thriving planet on which to live.

If we manage a sane, joined-up, humane answer to the pandemic, we might just be able to do the same with climate change.

Because unless we do the right thing, unless we, as a society, prevent millions of human beings from dying unnecessarily, then we, as a civilisation, are toast.