SEEDS OF LIFE, SEEDS OF CHANGE 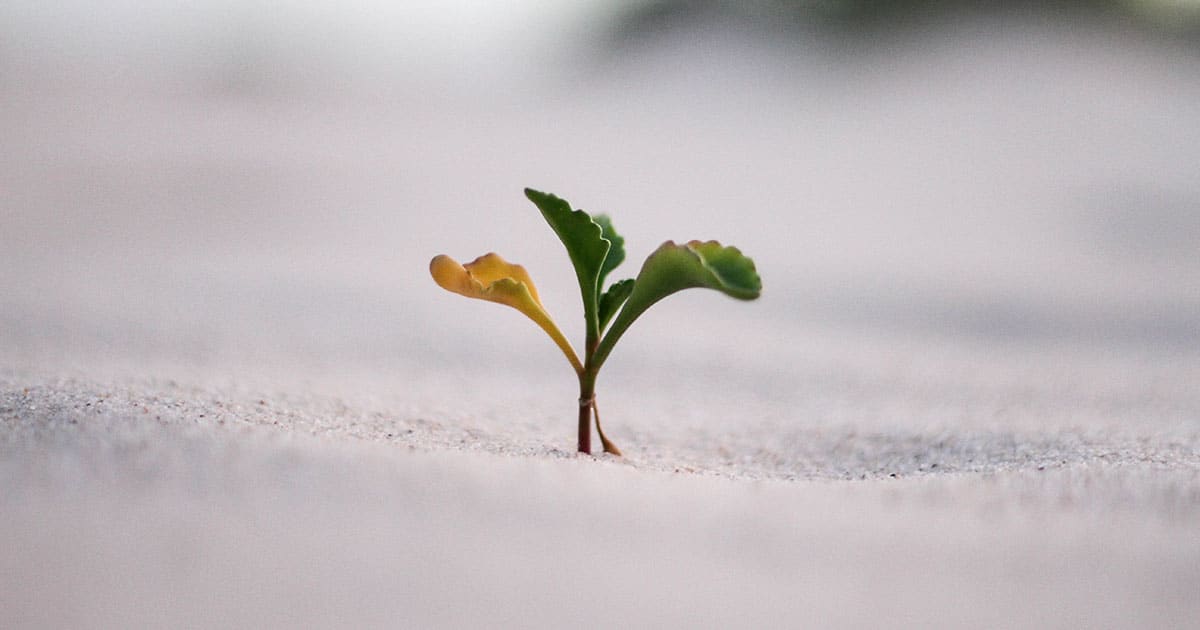 Hold a seed in your hand, and you have a tiny powerhouse of life.

It’s one of the archetypical gestures of human civilization: take a bunch of seeds, sow them in the earth, watch them grow, harvest the fruit, the corn, the leaves, the buds, whatever. Take what you’ve got and eat it, feed it to your animals, store it, share it, trade it.

Follow the rhythm of the seasons and repeat the process.

That’s been the history of almost all of our societies for millennia.

And beyond just feeding us, and providing the basis for our civilization, plants help regulate the atmosphere, and the air we breathe. They soak up carbon dioxide, and give oxygen back to the atmosphere in return.

It’s not for nothing that forests like the Amazonas are known as the lungs of the planet.

There are currently around 7.7 billion people living on planet earth.

The fact that our world produces enough food to potentially feed all of these people is largely to do with the so-called “Green Revolution” that started in the 1960s and which has brought about enormous increases in crop yields and agricultural production generally.

But they are also highly sensitive organisms.

Crops such as wheat, maize or rice are all sensitive in differing degrees to a phenomenon known as heat stress. All it needs is an increase of a few degrees beyond the optimum temperature for such plants to start experiencing negative effects, including effects on growth, mineral and protein content, fertility, resistance to disease and insect pests, and even their ability to soak up carbon dioxide. This of course impacts crop yields, both in terms of quality and quantity.

In an otherwise stable environment, all of this would be worrying, but perhaps ultimately manageable.

The problem is, that’s not where we’re at. Our environment is anything but stable. Our entry into the Anthropocene era has seen us depart from the stable conditions of the Holocene – where we have been for all of human history. What we are experiencing now, thanks to our injecting vast amounts of CO2 into the atmosphere, is the beginning of a wild climatic rollercoaster ride that looks set to get exponentially scarier, the longer we do nothing about it.

It’s not a gradual change that we are facing – a slow movement from one stable state to the next, which just happens to be a few degrees warmer. On the contrary, what we are beginning to face is a wild unleashing, a radical destabilization of planetary conditions which looks set to break out of all our known frames of reference.

Let me give you a small example.

I live in Berlin, Germany. Last year, central Europe experienced what was referred to as a “unique” drought, in the warmest year since the beginning of documented weather records. The drought began in April and lasted into December. The results were forest fires, crop failures, aquatic algal blooms and fish deaths, as well as increased heat-related deaths among the elderly and infirm. The grain harvest in Germany was described as “the worst of the century”. The potato harvest was down an estimated 40%, and the harvest itself was of poor quality and badly affected by insect pests. Harvests for beans and peas were down by around 50%. Drought-related damage for Germany alone was estimated at around 2 billion euros.

The last time a drought of this intensity happened in central Europe was back in 1540, when an estimated half a million people died due to a lack of clean drinking water.

Ok, you might be saying, maybe a drought every 500 years is something I can live with.

Well hold onto your sunhat, because this morning the German national weather service reported that the soil in central Europe is already drier than it was at the height of the 2018 drought. The forests around Berlin are tinder-dry (in April!), and the risk of forest fire is at its highest possible level. And even if it starts to rain later in the summer, it may already be too late for crops such as wheat to recover from the dry growing season.  Harvest projections for 2019 are already being revised downwards.

A recent Swiss study estimated that at 2°C of global warming, the likelihood of annual drought events such as 2018 in northern Europe is somewhere in the region of 100%.

Don’t get me wrong. Germany and the rest of the EU are relatively rich countries, in relatively temperate climate zones. In spite of the massively negative consequences for agriculture and consumers, nobody in Europe is going to die of thirst, or malnutrition, for the foreseeable future.

The same can’t be said for the rest of the world though.

According to a recent report by the FAO – the Food and Agriculture Organization of the United Nations – the world‘s grain harvests are no longer sufficient to meet global demand. This shortfall is, in part, a direct result of the European drought of 2018.

At present, around 800 million earth citizens are suffering from hunger and malnutrition. The UN estimates the yearly cost of ending hunger at around $30 billion, or around 1/60th of the total cost of the war waged by the USA against Iraq.

There are also no plans to deal with deforestation. Or soil depletion, nitrogen and phosphate pollution, dramatic global declines in insect populations, loss of water for drinking and agriculture, ocean acidification and extermination of all living things in them, desertification, sea level rises and extreme weather events.

Our governments have no plans, except one: make sure the rich keep getting richer. Make sure the economy keeps expanding. Drive the planet full-speed through all of its sustainability boundaries.

No matter that the result will be a projected temperature increase of 3°-8° Centigrade over the next century.  At that level of climate disruption, organized agriculture becomes nigh-on impossible in large parts of the world.

At somewhere between 3 and 8 degrees of warming, feeding the world’s population at its current level basically becomes impossible.

This is where business as usual is heading.

This is why business as usual has to stop.

But stopping business as usual –  how unlikely is that?

If I had told you a year ago that a million children worldwide would simultaneously go on school strike to protest adult inaction in the face of climate change, you would have rolled your eyes.

If I had told you that non-violent climate change activists and ecocide protesters would be occupying squares and bridges in central London for weeks at a time, coordinated with other protests around the world, you would have said I was crazy.

These are crazy, unprecedented times with previously unimaginable challenges. It’s only fitting that our response to them should be wildly unprecedented and out of the box.

These are times when history is asking us to step up to the mark. When we have to show that our hunger for change is greater than the present and future threats of hunger and extinction facing the human race and our natural world. When seeds of change planted now can have massive effects for future generations.

A year ago you would have said, so what?

Now, people are so desperate for change, that they are starting to say: looks like our best shot.

I’m going to be there, along with a lot of other people. I hope that you’ll join us.

Right now, rebelling for life is literally our only hope.