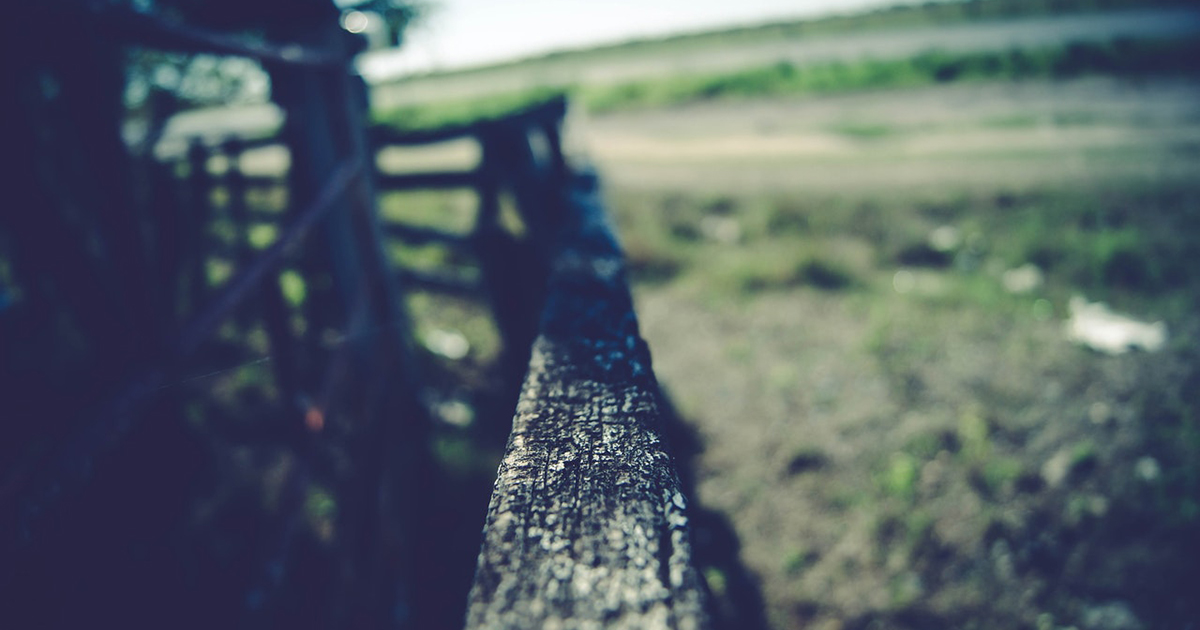 Society is built around rules. Mostly they seem to involve hygiene. “Cleanliness is next to Godliness,” “Brush after every meal, floss twice a day,” “And when the old man with a telescope cuts the final strand you’d better lick two fingers clean before you shake his hand.”*

Sometimes, though, you end up in the middle of the mess. It is inevitable.

Many years ago we went to visit family in South Dakota. My uncle had been a farmer, and after retiring still dabbled in the craft. He had a small house in town and a small plot of land in the country. Just for a few head of cattle and some crops.

He asked me to ride along when he went to do something. A small barn stood in the middle of a grove of trees. On the east side of the building there was a small yard, probably 40-foot square, surrounded by an imposing, sturdy, wooden fence. In the middle of this fence was a single cow, standing in black, sticky, thick mud. Flies buzzed so loud you could feel the sound.

He climbed the fence, and took a bucket of something to the wooden trough. The mud seemed to part as he passed, his boots had spent so much time in stuff so similar there was a tacit understanding, “Don’t stick to me and I will leave you here.” He ignored the cow, and the cow stared at me. 1,000 pounds of resentment, staring into my soul, looking at my life’s menu.

“Hey, get the shovel and bring it here.” My uncle called.

I looked at the shovel, and the cow, and my $60.00 Nike All Terrain Sandals and thought there was at least one place they hadn’t considered in the design process.

But I grabbed the shovel, climbed the fence, and started easing my way through the muck. I watched the cow, and it watched me; the hostility was painful. Out of the corner of my eye I charted a course through the higher, drier parts of the mire. Constant calculations of time and distance to the fence in case I needed to make a speedy getaway. It was obvious that cow had a plan.

I chose poorly and my foot slid down the side of a small rise into mud, so thick, so adhesive, so primal, it seemed to be a living thing, flowing around my foot, between my toes, calling me toward the light.

Microbiology storms flashed through my brain. Raw, unfiltered waves of data, washing away reason, thought. Tetanus, anthrax, and botulism were all soil borne contaminants, I thought. From somewhere, “Pathogens may be indigenous, or enter the soil through deliberate introduction, fertilizer, weed control, animal waste.”  What was I wading through?  A threat matrix appeared and I started to estimate my rapidly diminishing chances of survival.

I was in danger of system overload. Internal fuses were at peak capacity. Something had to change, “Breathe,” I thought. Respiration slowed, and I scrambled for a new line of thought.

“Why did this cow have to be quarantined?” I wondered, possibly out loud. Because I am fairly certain I heard my uncle say something about “rabies,” or it might have been “rattle snake.”

In a panic, I delivered the shovel, made my escape and washed my feet as though I were prepping them for surgery. My uncle bought me a beer and never asked about what took so long. And I never told anybody that story, until now.

I walk during my lunch break, chasing my 10,000 steps with the unregulated zeal of Inspector Javert. Working downtown provides a rich backdrop for life’s passion play. Each block starts a new act, each knot of people a change of cast, a new scene. People storming through their parts, hurried, focused, and important.

Center stage sits a young girl, early twenties, ragged, faded clothes, a stocking hat, despite the warmth of the day. Her back is pressed tightly against the red brick wall.

People hurry, push past, pay no attention, one man, in a suit, cuts the corner too tightly and almost trips over our central character. She could have been invisible.

There is a sign in her lap, hand-written in neat block characters on a piece of cardboard approximately 12 inches long and 8 inches high. It reads, “Homeless, anything will help.”

I always carry a few dollars in my pocket, for a brother, or sister, in need. A small token, a friendly gesture, it may not help them much, but I can walk away feeling better about myself. A robber baron handing crumbs to the old and poor, pretending to make a difference.

I hand the girl the dollar, and try to say something cheerful, it is part of my act. But, she looks up to thank me, her smile is sincere, and warm, but her eyes, they are barely hiding a terrible pain. It isn’t just the fading yellow, purple bruises around her left eye. It is the pain behind them, burning through them, it is an unwholesome feeling of loss and despair.

Whatever has happened to this child has made her feel safer sleeping under a bridge, living outside the patterned comfort of society. And it is all barely held in by the corneal grates, the suffering, the fear, it wants to break through, it is looking at me, and it wants me to understand. And I do, a little.

She thanks me, and I walk away thinking how foolish I was giving this poor soul a dollar. As if that was going to make a difference. After looking into those eyes I look into mine, and I’m afraid I don’t like what I see, not everything I see.

Somehow I know I will never be quite as clean for having seen, no matter how briefly, the pain of this one small person. I will never be able to wash that away.  I will still give my dollars, but I won’t feel quite so smug.  Another story I never told anybody, until now.

*From Two Fingers, by Jethro Tull. I am not sure it really applies, but I love that song.