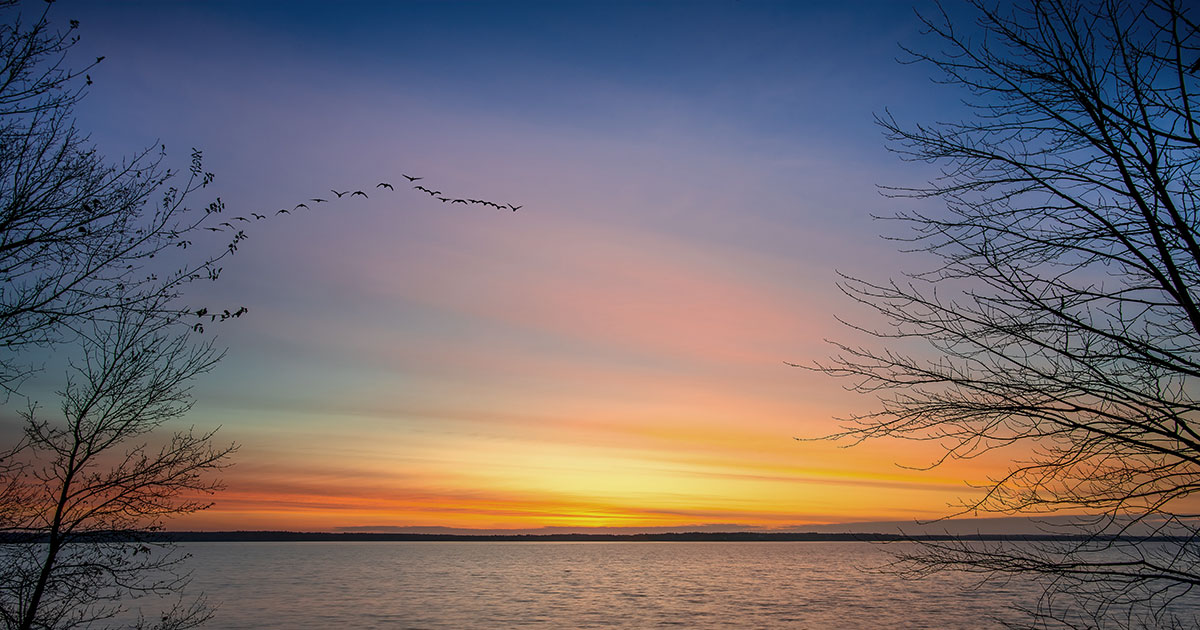 The Last August in my House by the River

I want to talk about how light
falls differently now, long, and lean—
no longer early summer’s luminosity—it slides
along the fence where the morning glories
climb and cling to the gate, to each petal
spilling their trumpet shaped blossoms,
then clambers up the stalky nameless weed
the lawn mower missed, and falls
beyond my shoulder to where a river flows
lazily in the final heat of this day.

Overhead, geese rise in V-formations,
call out as they contemplate their journeys.
Late golden rays touch their wingtips
as they soar far away.
Next year, at this time, will the new owner
destroy all of the vines?
Perhaps, he won’t care for flowers.

Mother preferred to travel through the night.
I slept as we sped onwards,
lulled by the hum of tires on asphalt—
the engine’s sweet purr.

Sometimes, those nights were so clear,
I woke to shooting stars or meteor showers.
They blazed across the horizon,
unpolluted by city lights. Polaris
followed us until morning—
pale white Dog star riding the high sky.

Father drove while Mother
spread a map across her knees.
On lonely country lanes,
she watched for signs, unmarked turn-offs.
Following her instructions, he avoided
main thoroughfares and busy highways,
where we might encounter trouble.

Deer, foxes, and occasionally coyotes
peered from the undergrowth as we passed.
Painted turtles crawled out to sun themselves
along the center line. I helped Father carry them
to a safe place in the woods. When set down,
their heads lolled in our direction:
“Why are you disturbing our afternoon nap?”

My parents’ glove box held maps
of Michigan and Wisconsin.
Folded perfectly, they felt
crisply important in my hand.

At ten, I rolled
Legend key
Compass Rose
Scale bar
Symbols
Locator globe,
off my tongue—
this language magic to me.

Years later, I traveled away from Michigan.
My small daughter tucked into the passenger seat
scribbled pictures of white pines and black rocks
on a paper tablet, angry at leaving home,
but then became my guide—
telling me where to turn,
what bridges or rivers to cross.

She found a way to my new husband’s heart,
grew up and moved away—
he eventually left too.

Very few people use such maps today,
although sometimes I can still buy one.
I hold them like the treasures they are,
and let them point me in any direction
away from now. 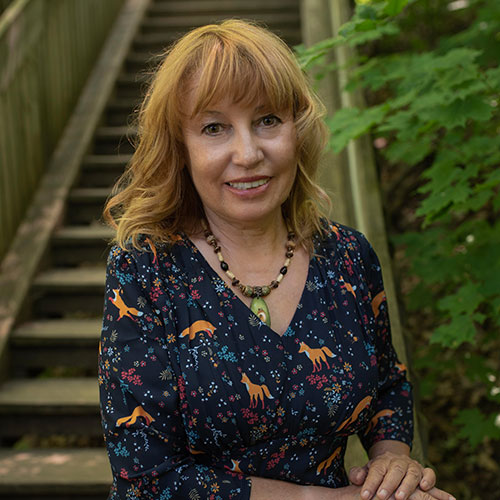 Rosalie Sanara Petrouske is the author of What We Keep (Finishing Line Press, 2016), A Postcard from my Mother (Finishing Line Press, 2004), and The Geisha Box (March Street Press, 1996).  Petrouske’s poems and essays have appeared in many literary journals, including Passages North, Red Rock Review, Rhino, The MacGuffin, Southern Poetry Review, Third Wednesday, Sky Island Journal and Lunch Ticket, among others. Her poem “Eating Corn Soup Under the Strawberry Moon” was one of six finalists in the 2020 Jack Grapes Poetry Prize from Cultural Weekly. Recently, she won First Place in the 2022 Poetry Box Chapbook Competition, selected by James Crews for Tracking the Fox.