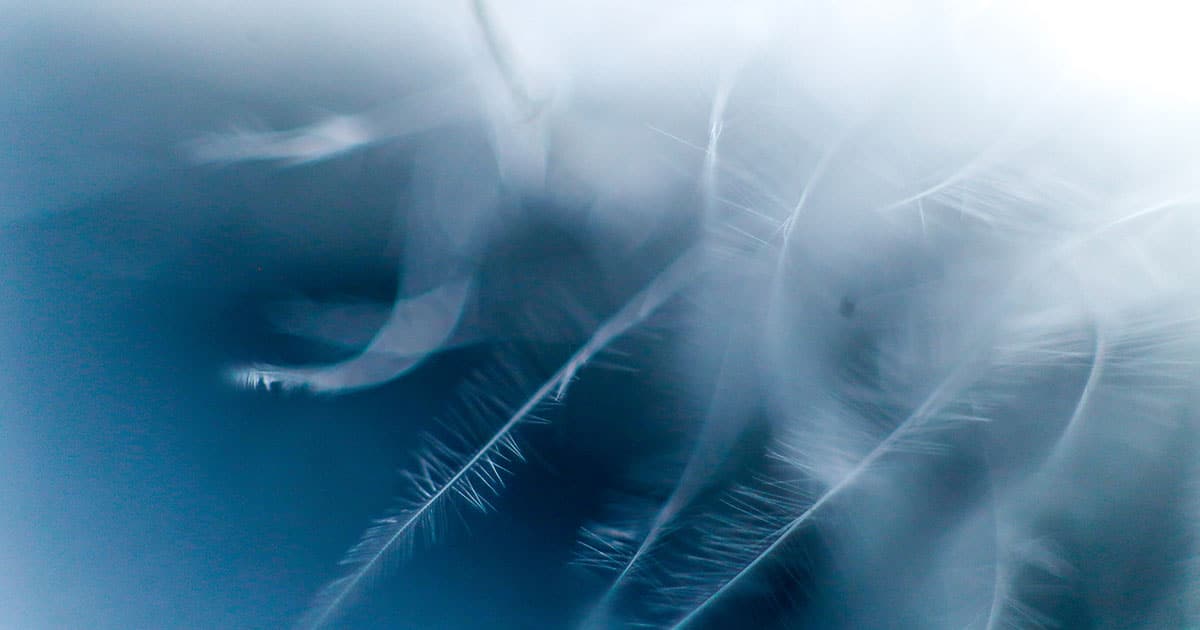 Between canal calm and the railway shale, on the fence,
hangs this… thing. No doubt its maker has a name
for it. I don’t. I noticed first all those bones
and then the careful weaves and plaiting of the string
that sways them in their dangle and grips a feather.
A friend asked, “Was it near any wood or bridges?”

when I put it on Facebook. They all agreed it bridges
the realms, somehow, that the stark jags of steel fence
were incongruous. We discussed whether the feather
were swan (too small) or goose or gull, as if to name
the bird would explain it. A novelist noted the string
could be knot magic. Someone started to ID the bones:

a femur, a tail, a pelvis, long ribs – the bones
of something from the land, she said. Our expertise bridges
a dozen disciplines: together, we studied it, tried to string
an explanation for whatever it is that hangs from the fence,
with its gnarled rope and white death, but still no name.
Just natter of ritual and that native Americans use feather

for necklaces. Suspended at the end of the string, the feather
twists its vanes in the breeze, too light to lift the bones
in its dance. Flight? Primary? Secondary? I try to name
the feather, at least. Next day, in the drizzle between bridges,
through spattered glasses, I expectantly eye the fence:
yes. Still there, colours bleak as the day, the string

grey with damp. I wonder why the rest uses rope, not string.
I stare while a train roars and tree-drip ripples feather
the quiet canal. In summer, we have a better fence
of head-high willowherb and weeds. In winter, the bones
of metal stakes stand exposed, marching beside bridges
with gentler curves, bucolic brick. The steel spikes name

the wasteland past them a no-go zone. Does it name
the land on this side ours, with its skilful braids of string
and roped-up animal parts? Does it build shamanic bridges
or ward off metal worlds? Is its intent feather-
tender or deadly as those flesh-stripped bones?
Does it summon something to us or is it a fence

for the soft world of canals? I can’t name it. The feather
lifts and falls in my dreams, whiter than string which is whiter than bones,
in a magic that bridges my disbelief and won’t ignore the fence.

The world does not exist in which I let you go.
The fae can do their worst: your eyes a hardened fist,
your mouth a stream of spiders, the snakey way you twist
away from me: I know their slanting spells, and know
my rhymer’s singing yet beneath their twilight woe.
They made you live in shadows, thought you’d not resist:
the world does not exist

in which you let me go. You ran through mist, so slow,
the hunt so quick behind, towards the maid you kissed,
now forty, fleshy, sturdy: forget the years we missed,
I’m strong enough to hold you now. If I let go,
the world does not exist. 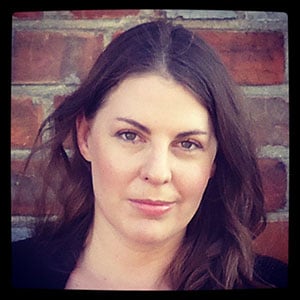 MD Kerr lives in Oxford, United Kingdom, and writes fantastical fiction and poetry, with a special love of nature poetry and poetic forms. She has pseudonymously published a novel, novellas, and short stories, and ghostwritten seven novels. Under her own name, she published short fiction and poetry in Open, The BFS Journal, Astrologica, New Writing, Haiku Quarterly, Sentinel, the Tanka Journal, Elbow Room, Thema, and Wild Words, as well as non-fiction and academic articles. She teaches creative writing classes and workshops as The Writers’ Greenhouse.