PART OF THE PROBLEM 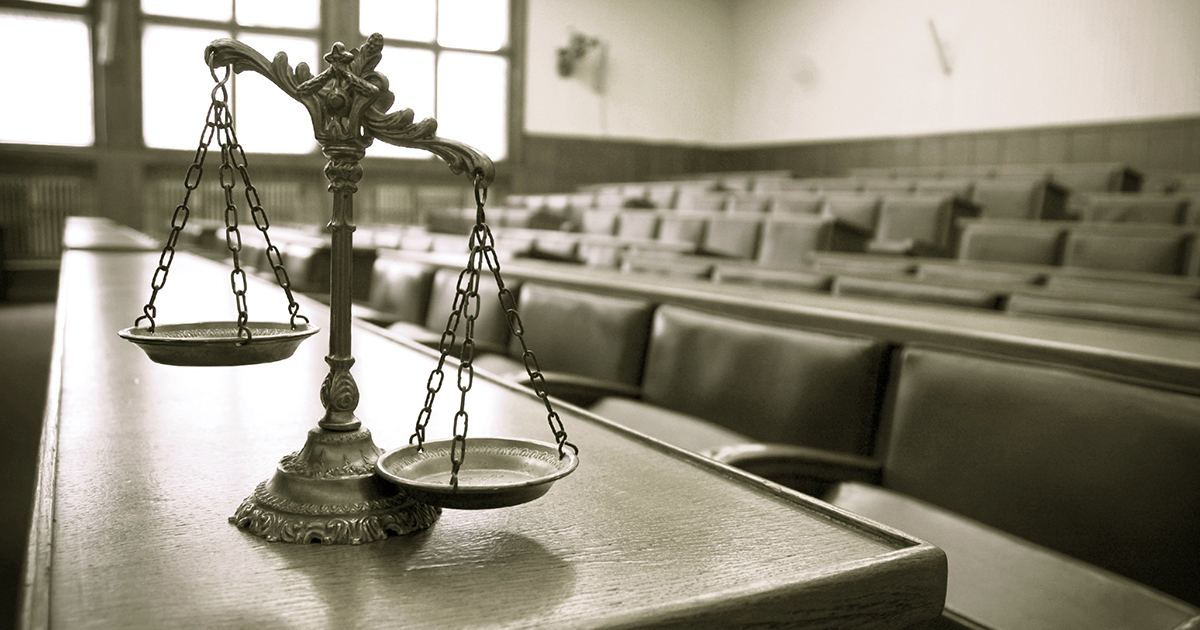 “The people rest your honor.”

And just like that the air in the room vanished and my stomach sank like an anchor, pulling my entire body into the crevice of the juror number two seat. Escaping with every disappointed sigh was the last bit of faith that I had in the criminal justice system. Despite the bachelor’s degree I have in Criminology, I wasn’t prepared to face the reality of the criminal justice system. The illusion of a fair system pales in comparison to the game we play with people’s lives. No amount of Law and Order SVU episodes can prepare you for the moment where the judge tells a group of strangers with no expertise in law to decide the fate of someone’s entire life; a life you knew was guilty but could never prove he was.

“So…anyone up for a massage after this?” Juror number five awkwardly joked. The other jurors chuckled at the reference to one of the obscene details in the sexual assault case.  Shocked, I sat frozen. Looking back on this moment, I wish I had said something. But how much effect can one have on a stranger? Maybe that didn’t matter.

“You know…something bugged me about her. I don’t know. It was something about the way she just sat there with her coffee, kind of talking all calm and rehearsed. I don’t care how long it has been since you were attacked, if it really happened she would’ve shed some tears or something. I’m not buying it.”Juror number three declared, despite the judge warning us not to talk about the case. He leaned back in his chair, with his mind focused on proving the woman was lying. Long gone were the jokes we shared about how inefficient the days were. Long gone were the snickering groans we made when asked to go to another room away from the judge. This day was the most we’d ever felt like strangers.

“She’s lying. She’s making it up. She’s just in it for the money. The thing with the lawyer it was…ugh! As a woman I would never let something like…I don’t even know how you could just sit there and take it! Move, scream, punch, kick! Anything? Not one thing? I don’t buy it either. Sitting there with that smug look on her face. She irritated me to no end. She should’ve cried, maybe I would’ve believed her more.”

The foreperson, the only woman on the jury, slammed her bag and keys on the table. Leaving for the restroom furiously, the foreperson was set on proving the victim made the whole story up for personal gain. Believing the victim was lying because of the little effort the 5’1” victim put in to fight the 6’2” man off of her; a judgement made by a woman who was over 6 feet herself.  Despite the judge telling us not to talk about the case, as soon as the officer escorted the foreperson to the restroom, we continued to discuss the case.

“You never know with these types of things. It’s just her word against his. Personally I think something happened. But who’s to say? It’s a massage, people are going to be touching you all over, she should’ve known that going in. Could she have been enjoying it and then felt bad or guilty that she liked it and then decided to call the police? Cause how can she do all of that stuff after. She cancelled her other appointment, then she picked up her kid, then she called her lawyer, then this thing and that thing. I don’t know, it just doesn’t make any sense.”

“Now that the foreperson’s gone, I don’t want to sound crude but they could’ve given us more information, right? Maybe from his point of view. Like…was she wet? She’s an attractive woman you know, could he think that she was into it and just didn’t know? She could’ve moaned or something and he probably thought he was going to score. You know what I mean? The estimated times his hands were on her body and off her body, it’s too confusing and they don’t add up. We should ask for more details on the incident. Cause right now it sounds like a bad porno.”

Juror number five leaned in and whispered. The other jurors nervously giggled as the foreperson walked back into the room. After another twenty minutes the judge asked us to come back into the courtroom. She told us to come back the next day for the last witness. From the courtroom to the ride home to the restless night, all I could think about was the case. I couldn’t help but think about the things the other jurors said. I couldn’t help but think about how I didn’t say anything.

By the time we were “allowed” to talk about the case the next day, I had already memorized what I was going to say to the other jurors. I was going to prove the man did what he did to that woman. I was going to piece together the evidence and prove why everything made sense. I was going to use the “unbiased logic” they wanted us to incorporate with this case. Yet, when the people and the defense gave their closing arguments, I was left with nothing. All I had was the shoddy evidence the prosecution presented and the intuition I had that she was telling the truth—two things the other jurors wouldn’t be persuaded by. It felt wrong and dystopian for us to have so much power over the conclusion, as if we were tasked with creating an ending for a story we didn’t start. While being escorted to the side room in a straight line I desperately wished it was us who were on trial, a test to see what we would do in this situation. Unfortunately, that wasn’t the case.

“The times don’t make sense though. Why are the—“

“I think the times make sense. I think the ambiguity of the time he spent touching her proves that she was being assaulted. No one can really remember how long minutes last, what feels like three minutes could’ve been seventy seconds. What felt like five minutes could’ve been two minutes. He was moving his hands around doing what he knew he could get away with and when she froze that’s when he decided to take his penis out and force it in her hand. I know we are supposed to doubt the evidence unbiasedly but this guy touched that woman and he’s done this type of stuff to others in the past. He’s too calm.”

I interrupted juror number four, throwing a last second Hail Mary. After I spoke there were a few seconds of silence until the foreperson said, “You don’t know that. You can’t assume he has touched people before.” She was right, I didn’t know.

“I was worried about you, thinking about this case. You can’t…you can’t dwell on this forever. You’re going to make yourself sick obsessing over this. If it did happen I’m sorry but they didn’t do their jobs. I’m an attorney for Christ’s sake, I know when a lawyer didn’t do his or her job. It’s not your fault or my fault, it’s theirs.” Juror number five consoled me after we all signed our names under the “not-guilty” verdict. It didn’t work of course. I may have been the one who shot the blank, but I was still part of the firing squad. Ashamed, I held my head down as they asked us in unison if we agreed on the verdict—what a hero. As the beet red face of the defendant cooled down with the verdict, a little piece of me died. The trial was over. There was an overwhelming feeling that the case would be dismissed forever, that no one would ever remember that woman coming into the courtroom forced to relive her assault. Still months later I am conflicted with the ruling and my involvement in such ruling. Despite every sentiment I make regarding progression, I was part of the problem. When it counted the most, I was nothing more than the same people who believe they can’t change the system. When it mattered the most, I was part of the rape culture.

*Juror dialogue is not verbatim, but paraphrased.