MY FATHER, THE GHOST 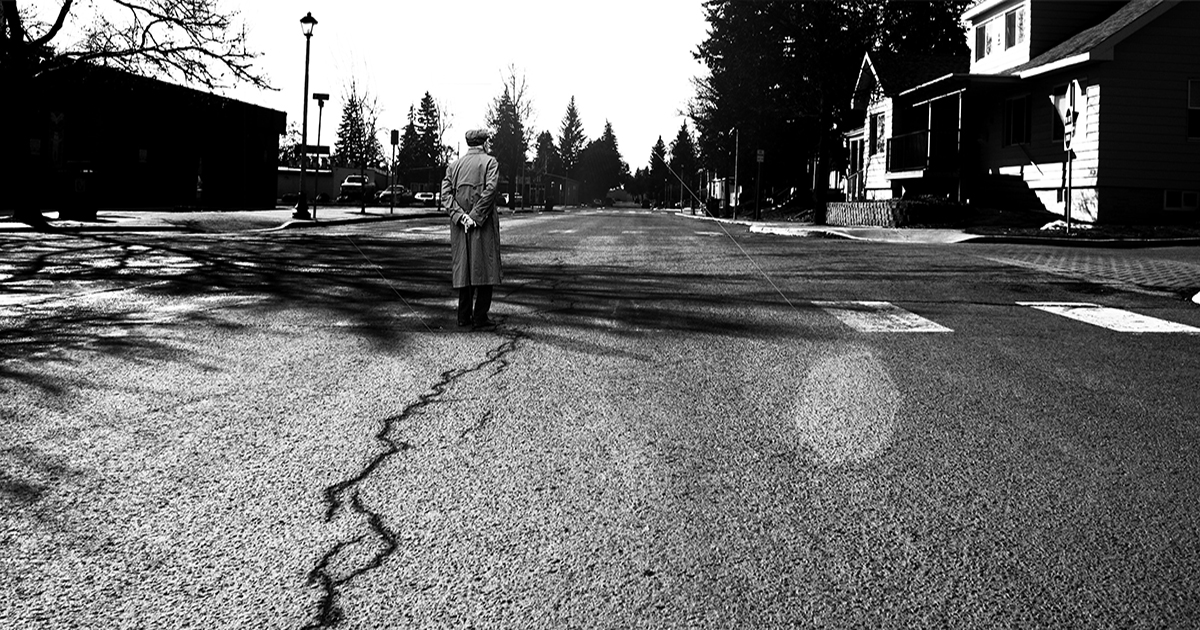 The last time I saw my father he was a pale imitation of the man who raised me. He was a body with a soul trapped inside of him and the remnants of what used to be a person. He was a ghost. I kneeled by his side and held his hand, but he didn’t return the gesture. He muttered a few words, none of which were intelligible. His eyes were half open, their pale blue staring at nothing, looking frightened, harrowed, and empty.

Sometime in the spring of 2010 my mother told me that my father had been diagnosed with Early Onset Alzheimer’s.

I didn’t talk about it to anyone except one good friend, not even my own family. I was eighteen years old and was happy to know that I’d be taking on more responsibility than I had before. “Sorry you have to grow up so fast,” were my mom’s words. I was the oldest boy in the house and had never been much of a kid anyway, so as I saw it, not much was changing.

My father retired that fall.  He happily brought the contents of his desk home in one box. Despite struggling with anxiety and depression, he always seemed sunny and had a good sense of humor about himself. I think he was just excited to have the time with us kids and more time to work on his projects around the house. From then on he woke up early and waited for the bus with my two youngest siblings. He was outside in the garage for most of the day and took walks with the dogs.

During this time, my own depression and anxiety surfaced. I was trying to decide where I wanted to go in life and what I wanted my future to be like. For no particular reason, I had thoughts of suicide. I was training for a Tae Kwon Do tournament and I’d run through the woods, wondering what it would be like if a hunter just accidentally shot me.

I mentioned it in passing to a few people, but that was the extent of it.

Eventually my father’s decay started. He had trouble with the TV remote. He stopped driving unless it was just down to the end of the driveway. His projects went unfinished, he slept in more, he struggled with his cell phone, and developed echolalia and had more difficulty keeping up with a conversation.

I still didn’t talk to him about it.

He only mentioned it to me once. My mom and I weren’t getting along. I wanted to leave home, maybe go to college or in general just find my own way. She was drinking again and was always busy, since she was the only parent working.

I was lifting weights in the garage and he was there at his workbench. I don’t remember exactly, but he said something about wanting me to get along with my mom and to have the security blanket he did when I was his age. With his retirement, he was getting paid to be sick and that was a lucky thing.

A few years later I moved out and went to college. Every time I went home he was a different person. He was just a ghost. Sometimes he was himself, sometimes he wasn’t, but either way, it felt as though the father I once knew was gone. Sometimes I feel that we’re not aware of who we are or who others are until they’re gone, like there’s this awareness that comes with loss where you go, “oh yeah, that’s what my dad was like.”

My depression and anxiety became bad enough I sought help because suicide was on my mind on a frequent basis, again for a reason I couldn’t place. Again, I never talked about him even if he was on my mind. Eventually, I found the right balance of meds, therapy and self-awareness I needed to function.

In the spring of 2014, four years after my mom told me he was sick, she called me and said that they were losing the house and they were going to move him into a nursing home.

But I was far from okay. I was drinking to deal with the pain and when I drank I didn’t stop. One time I went out and got so wasted someone called me a cab home, but I ended up waking up on the street, wandering home and having no idea whatsoever how I got there. I didn’t even tell anyone about it. I just moved on and acted like I didn’t have a problem.

As for my dad, he didn’t take well to being put in a home. He wanted to be with my mom and tried to break out, succeeding one time and attempting to walk home, ending up somewhere off the highway, probably feeling much in the manner as I did when I woke up on the sidewalk. He was trying hard to remember and hold onto brain cells, whereas I was doing anything I could to kill them, anything to forget.

I got married to my first wife at the end of that semester. I had buried all my past feelings and troubles, thinking that this happy event would make it go away. My dad couldn’t be there and that broke my heart, but strangely, I was pretty happy for a while. I visited my dad a week or two after the wedding, now that he was in a new home where he was doing a bit better.

It was Father’s Day, and I remember how sunny and beautiful things were outside that large Victorian home where he now lived.

I walked inside to a crowded room filled with dying people, pale withered, and lost looking. I asked to see my father and they told me he was right there, that I had missed him. They told him I was there to see him and to be careful not to talk about certain people, especially my mom. Because when he thought about us, it triggered his anxiety and confusion. He wanted to be home and he never would be again.  He didn’t even know where home was.

We sat down together. He looked pleased. I told him I had gotten married and showed him the ring.

He was excited. “Oh. Married, will you look at that.”

Then he began to ask where I was living. He knew it was close by and asked if I could take him with me. Then, almost instantly without me saying it, he knew why I couldn’t. I felt tears well up in my eyes and the same look on his face.

He wanted to know where my mom was. because he hadn’t seen her in months and if she came back he became confused and disoriented and would want to come home with her. His pale eyes now looked a darker blue and he told me to tell him. I couldn’t.  He told me he had been thinking about the pool we had, that he could go back there and just jump in. He told me he wanted to just float away, walk off into the woods and end it. But then his focus shifted and he seemed happy again. I told him I had to go and he understood why. We hugged each other for the first time in I don’t know how long. Again, he stressed that it was okay.

He’s still alive, but it’s like he’s already dead and every memory and any time that I’ve seen him since that time was just a visit with a ghost. He still haunts me and I’m okay with that.