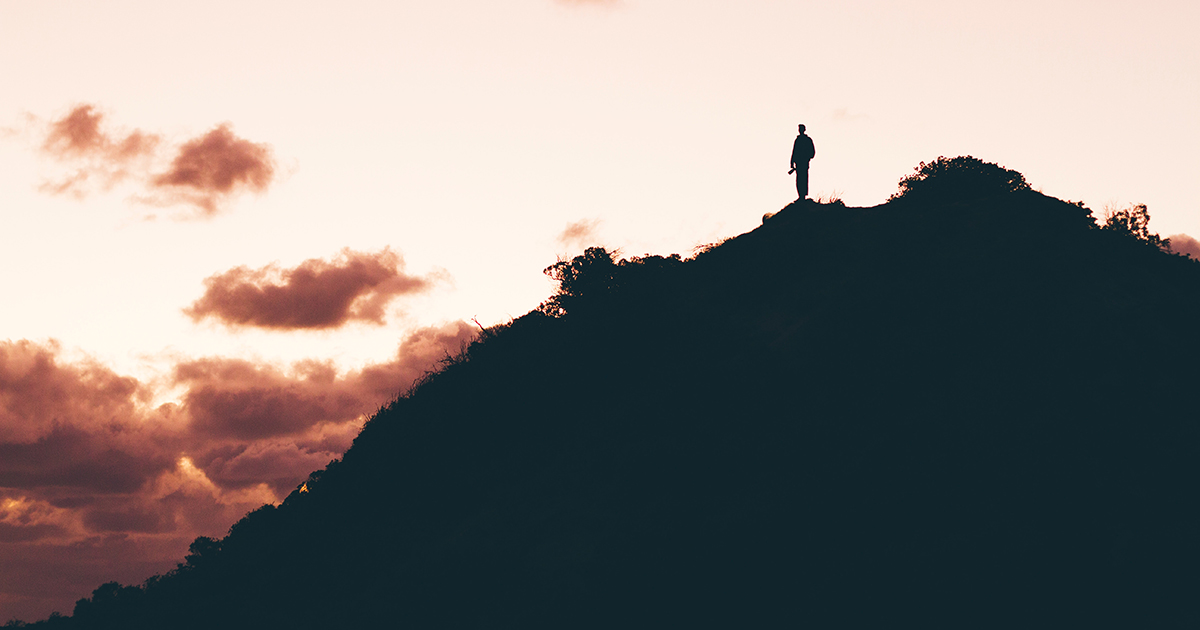 Last summer I became engaged to the woman who would later become my wife.  It wasn’t an easy time and it was about the only good thing I had going for me. She was going through her own struggles, having just lost her job and dealing with custody issues with her son. I had also lost my job, but as long as I got another one I figured we’d be back on our feet in no time. I had a bunch of interviews lined up and a few of those jobs I could see turning into a career.

Then I got sick. I’ve always been a healthy person. I’ve never come down with anything too severe and when I got sick usually I got better again really quickly. That changed when I got shingles. Few people get it as young as twenty-four, but stress lowers your immune system. I must’ve been pretty stressed because a few days later I woke up with a severe migraine. Eventually, it became unbearable. They did a spinal tap and found extra white blood cells in my system. I had viral meningitis and had to be hospitalized. The cause was unclear, as meningitis is quite rare. I had many doctors and med school students hovering over me trying to get an answer, but the best one was that the shingles jeopardized my immune system, which was already lowered because of stress.

It seemed like just my luck that I would get something so rare at such a hard time in my life, when I had to completely fend for myself. But actually I found I wasn’t alone. Each day my fiancée was by my side. As I lay there those four days, nauseous and exhausted all that went through my mind was that I couldn’t help her. I didn’t have a job so I couldn’t support her financially. I couldn’t even work if I wanted to. I couldn’t parent because I wasn’t allowed to see my stepson because of the risk of giving him the disease. I couldn’t be intimate with her because I was too weak. She had to shower me and hold a mirror up while I sat in the bathtub and shaved. The one thing that has always been there for me is my physical fitness. I’d stayed in shape and done manual labor all my life, but after meningitis I couldn’t stand for more than a few minutes without feeling sick. I didn’t feel like a man.

The weird thing was, despite all these things going through my head I still felt like I could get up the next day and be just fine. I wouldn’t admit to myself, no matter how much pain I was in, that I was in a vulnerable state that would require me to rest and focus on taking care of myself and letting others take care of me in the process. It was truly emasculating in every sense of the word.

I was stuck in a Catch-22. I had to be less stressed to help my body heal and not healing made me more stressed. I had meds that needed to be taken every four hours that I wouldn’t have kept track of without my fiancée. I had a picc line in my arm so they could get the antiviral in my system as quickly as possible and injecting it was a tedious process that had to be done every six hours. The rent was stacking up and I got eviction notices. I couldn’t walk my dog or do the dishes. I had to lie down to write, but couldn’t focus long. All the interviews I had lined up had to be canceled. Eventually I was able to walk around okay and I actually go a job just to lose it the first day because I had such a bad migraine. Everything that gave me my self-worth was taken from me and while it hurts my pride to admit this, I was in pain. See, I was conditioned to be stoic, to brush off pain and not show it, that if you did show pain you were a wuss, a wimp, less of a man. I got pretty good at it. I worked manual labor jobs from and taught martial arts from a young age. No matter the job I had to prove myself, like Spartans proving their manliness by going through rigorous training. “You were in so much pain,” my wife says when she reflects upon this period in our lives. But I always brushed it off until recently, now that I’m healthy again I realized just how bad it was.

But eventually I got better. The migraines ended, I got another job and my fiancée was able to move in with in with me along with her son once she found a new job. I lost that job the week Donald Trump was elected president (worst week ever), but in the end it was a good thing because during that time off I got a lot of writing done and was able to stay home, clean, and take care of my wife and stepson in a way I don’t think I could’ve done if I was working full-time. It was a hard year, but by the end of it, we were married and a few months later we moved into a new house five minutes from her job. After that, I landed my current job, which isn’t ideal, but it’s something.

This summer has been much happier. Things have been stable with very few ups and downs. Money is always a trouble to a certain extent, but we’re making out far better than we ever have in the past. Things could get rough again. I’m bracing myself. But after what I’ve gone through, I know now that no matter how bad it gets, eventually things do get better. And that if you do need help and support from others, you’re no less of a man.