LEARNING HOW TO SAVE THE PLANET 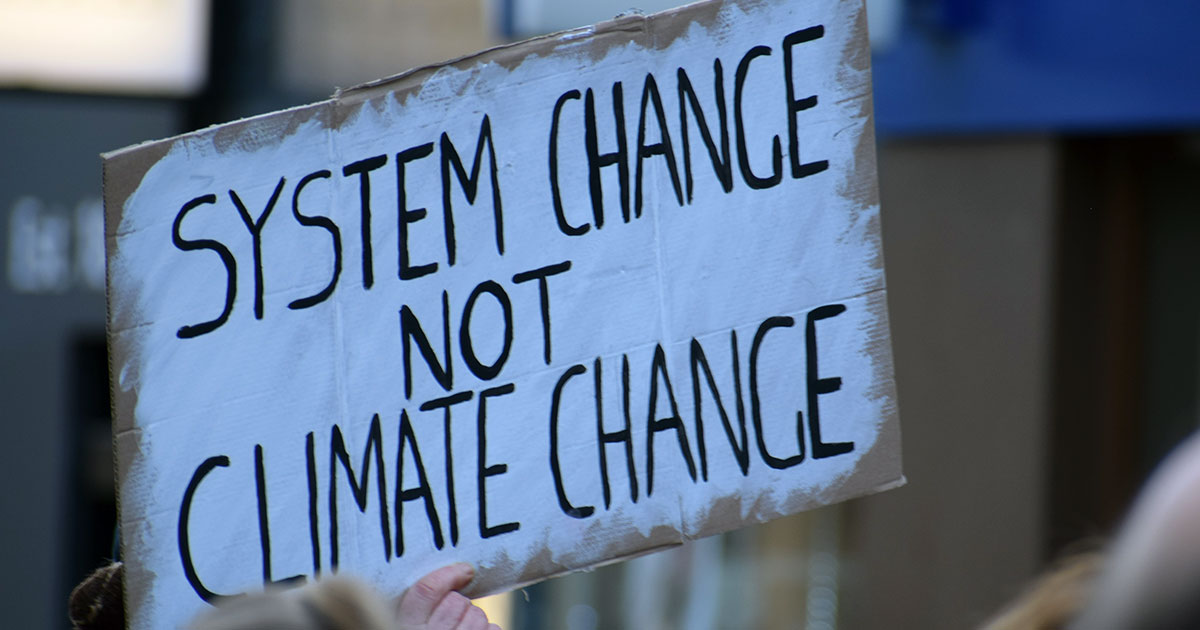 There are moments in human history when a paradigm shift occurs, and ideas that have previously been unthinkable emerge into concrete form and simply blow away old models of thinking, along with outdated conceptions of what is possible and what we as a species are capable of achieving.  Leonardo came up with his sketches for flying machines in the 16th century, but it took another three hundred years for humans to actually build such contraptions and take to the sky. The same applies of course to social systems. Feudalism, slavery, fascism, soviet stalinism, all have been blown apart by the forces of history, the necessities of economics and popular longing for justice and democracy.

And while we may struggle to achieve a better world, or social justice, or equality, or all of those things, the very least that we should be able to expect from our so-called leaders, the governmental satraps of global capitalism, is that they don’t kill us. Not in the here and now, and not in the future.

So what do we expect of world governments, when a planetary catastrophe of cataclysmic magnitude is hurtling towards us, when the global scientific consensus tells us that we are on a course that will wipe out the biosphere, render the planet uninhabitable and kill untold millions? When we are told that we need to act now, with the utmost urgency, in order to save our own lives and those of future generations?

From our leaders, we have come to expect nothing.

Their history of inaction, their kowtowing to the interests of our billionaire rulers, their prevarication and outright denial with regard to the impending climate catastrophe mean that we must come to terms with a hard fact.

World governments are more interested in maximizing profits than saving life on the planet.

Nothing they have done so far – not at COP26, nor at any previous climate summits – amounts to anything more than tinkering round the edges. None of their pledges have any teeth, nothing is binding, nothing really confronts the vested interests of fossil fuel capitalism.

To take one example from this year’s COP in Glasgow: a grand deal to stop deforestation was broadly trumpeted. A great fuss was made over the participation of leaders such as Brazilian President Bolsonaro. Yet this is the same deal that was made in 2014, which has had zero effect in stopping deforestation, and Bolsonaro continues his attacks on the Amazon in the name of the hugely influential cattle-breeding and agrobusiness lobby.

Another “gain” from COP26 was an agreement to reduce methane emissions from oil and gas exploration and transportation by 30%. Whilst significant, this is still just a fraction of total current emissions. Meanwhile, the effects of global warming in the Arctic means that we are on course for literally gigatons of methane release from previously frozen soils.

Even if the signatories to the final COP26 declaration actually were to implement all the good intentions they lay claim to, the world would still smash through the 1.5° mark sometime toward the end of this decade, on our way to a projected 2.4° of warming. Yet given their track record so far, with CO2 emissions of a quarter of a trillion tonnes since the Paris Agreement in 2015 and still increasing, we have no reason at all for optimism.

This is less than tinkering round the edges.

This is fiddling while the planet burns.

Whilst the COP process continues on its incremental path, reactions both from participants and the broader climate movement have ranged from the disappointed to the furious.

Former Irish President and UN Commissioner Mary Robinson put it like this:

“Cop26 has made some progress, but nowhere near enough to avoid climate disaster. While millions around the world are already in crisis, not enough leaders came to Glasgow with a crisis mindset. People will see this as a historically shameful dereliction of duty.”

Or more succinctly put by Greta Thunberg, Cop26 was simply “a failure”.

So what are the real takeaways from COP26 for anyone interested in averting climate catastrophe?

The first is that this is now a real fight for survival. We all need to redouble our efforts to spread resistance to this absolutely ecocidal, crazily suicidal system. In the face of the already catastrophic, and exponentially increasing devastation caused by climate change, we need to step up with mass resistance, and mass grassroots mobilisation. As veteran environmentalist George Monbiot put it:

“Now we have no choice but to raise the scale of civil disobedience until we have built the greatest mass movement in history. We do not consent to the destruction of our life support systems”.

The second is that links are finally beginning to be formed between the climate movement and the working class. A highlight at the 100,000-strong climate demonstration in Glasgow was the presence of striking refuse workers, and the discussions subsequently engendered on the links between social and climate justice under capitalism.

Why are these links so important?

Because they show us a way to actually change the system. The school strikers of Fridays for Future have demonstrated that it is possible to collectively challenge authority for a political purpose. Forging links with striking workers shows us a glimmer of the mutual solidarity that we so desperately need in the current struggle for planetary survival.

Striking for a living wage is a fine thing. It’s a necessary act of self-defence against a rapacious system.  Striking to save the planet is maybe harder to envisage. But it is the only collective means we have of averting climate catastrophe.

Without the self-activity of the working class, without our own organisation at the places we work, all talk of replacing the current economic system with something more ecologically sustainable will be nothing more than appeals to the ruling class to act against their own short-term self-interest.

We have learned now that asking for change has achieved next to nothing.

Demanding change, in the form of an organised work stoppage is a better place to be.

But actually making the change, by democratising work and reorganising it for sustainable, ecologically and socially useful production and reproduction, is the real next step.

Of course, this is something we are far away from, in terms of our level of organisation and militancy at work.

This is something we are going to have to learn.

If there ever was a time, to express our resistance to a system hell-bent on destruction, this must surely be it.

We have to continue, or start, making the case for climate justice, emergency climate action and climate strike in our workplaces, unis, unions, tenants associations, neighbourhood forums and political organisations. Without genuine workers’ participation, civil disobedience will likely remain at the level of containable protest. It is only with the element of strike action that we will be able to stop the process of ecocidal capitalist accumulation in its tracks and start to consider alternative and democratic forms of production to fulfil social and planetary needs.

We are going to have to learn to use what power we have – a power born of solidarity and a struggle for justice – to refuse planetary catastrophe and a future of hell on earth.

We are going to have to learn to fly.