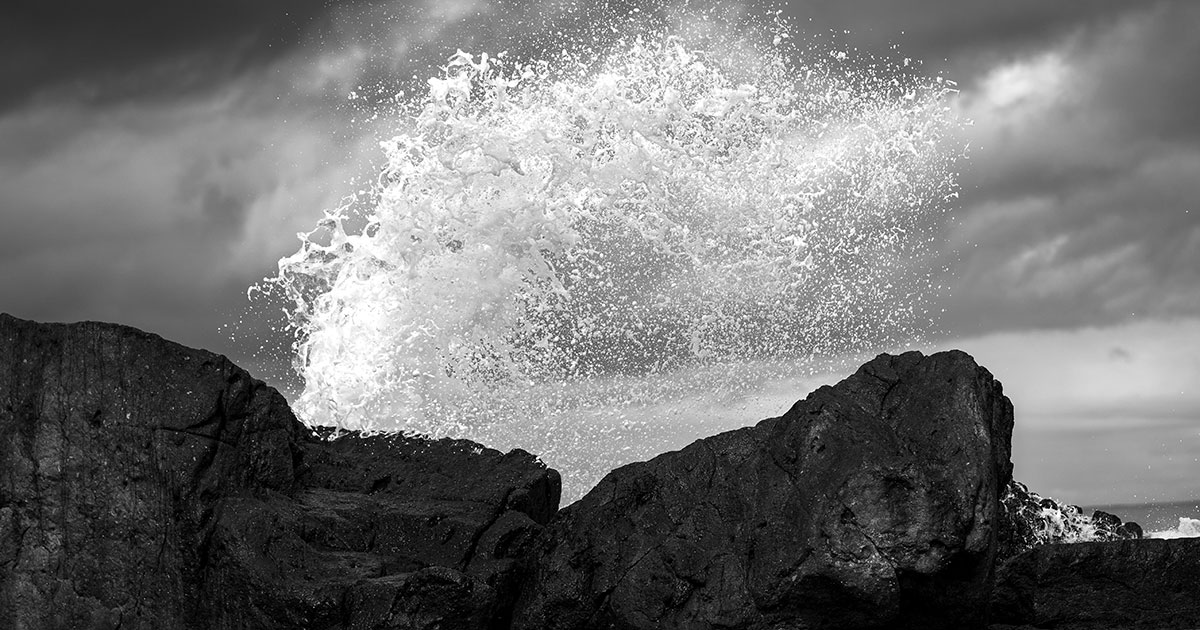 My Father Waves from the Other Rock

He points in a soft voice to the crevice between us. He urges me to return the way we’ve come, as softly as the water hitting the rock allows, the gap seems to grow wider in his voice.

On the rock on which he stands, he pauses, his shoulders lower and let go
begs me not to fuss.

The salt rises and lingers as his voice fades, and I don’t know at this moment what is lonelier, my body standing on this rock away from his or the crevice between us

Now my father turns away as softly as he has spoken, and walks away, at his own pace, inside the crashing of the wave.

There we are, my father holding
our hands, a sunny afternoon
at the Buenos Aires Zoo.
The tallest of the boys is me,
my brother the one scowling
although we travelled
to see the animals he loved.

Somewhere between the old lion
and the small platoon of goats,
he began to scream again,
incensed like a dictator demanding
the heads of the opposition on a plate.

By then, my father surrendered
and bought him ice cream,
a paper cup full of frozen vanilla
from the old man pushing his cart,
that if you dug intently, it would unearth
its hard, dark-red strawberries.

Peace did not last long. Even madder
than before, inconsolable, he railed
that his ice cream was not warm.
In a suit, on Sunday, at the Zoo,
my father talked patiently to him
about the temperature of ice cream

Today my brother is a lovely man,
the nicest guy you ever met. But
but I knew him when he was ruthless
and ruled our small apartment
like only kings and children do.

A father built like a middle-ages blacksmith
is whimpering over the mossy concrete
of the dilapidated dock where he slipped
and opened a deep gash on his right calf.
near the aluminum boat where his daughter
stands frightened, covering her face.

This is not the summer that any of us expected
but accidents happen all over the world
—not destinies but accidents—
and all of us will face the afternoon as best
as we can, in the presence of what happened.

The large brunch is put away, much talk
about wrapping the grilled chicken,
what should be made room for in the refrigerator,
some make themselves a Bloody Mary
and gather on the porch.

Everyone will tell their tale of the man’s wound,
the depth of the gash, how long was the rod
that did the wounded, how someone
could see “clear to the bone.”

The father will try to sleep tonight
with the blessing of painkillers,
the daughter might dream
she’s the possessor of dark powers. 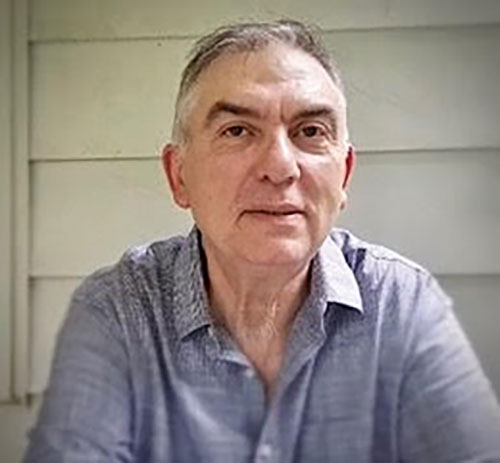 Juan Pablo Mobili was born in Buenos Aires, and adopted by New York. His poems appeared in The American Journal of Poetry, The Worcester Review, Thimble Magazine, Otoliths (Australia), Impspired (UK), and Bosphorus Review of Books (Turkey) among others. His work received an Honorable Mention from the International Human Rights Art Festival, and nominations for the Pushcart Prize and the Best of the Net, in 2020 and 2021. His chapbook, Contraband, was published this year.