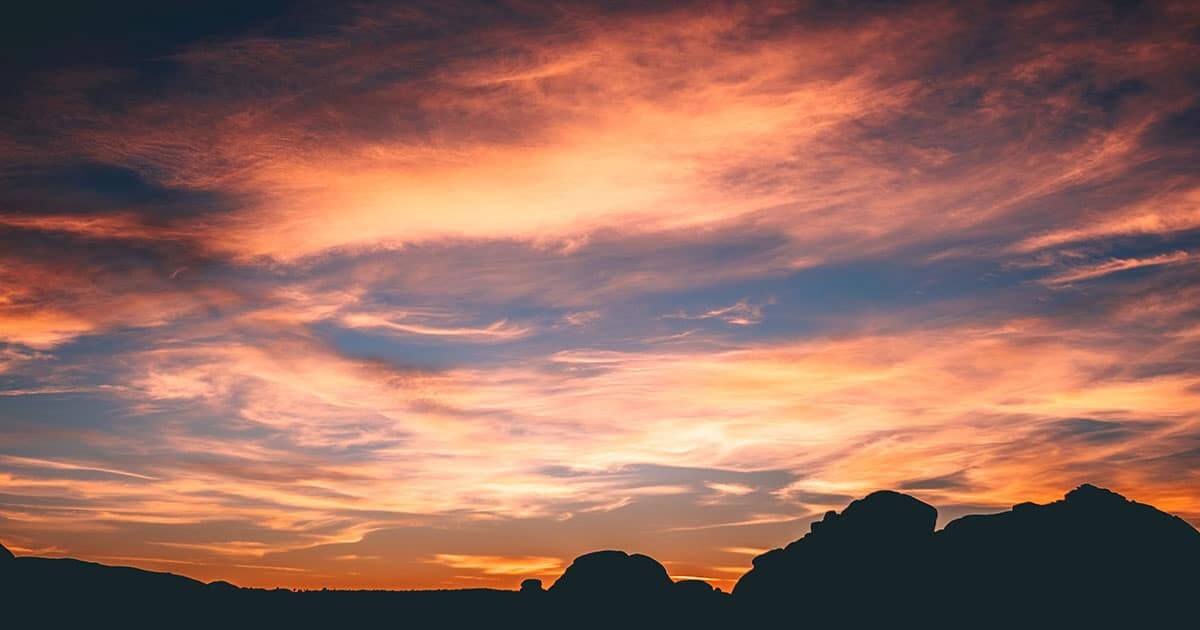 Let me start at the end.

I had finished this piece when this piece of news came in: Global carbon emissions jumped to an all-time high in 2018.

This, just a couple of months after the UN Secretary General’s chilling statement that we have until 2020 for carbon emissions to peak if we want any chance at all of limiting global warming to 1.5°C.

You don’t have to be Jim Morrison to know that this is the end.

Either it’s the end of the rule of fossil fuels, the high point of an unholy trajectory.

Or it’s the end of our hopes of reining in climate breakdown in any meaningful way.

A couple more years of this kind of business-as-usual, and our planet will be irrevocably trashed for millennia to come.

It’s not even just about the carbon anymore. Once the permafrost melts, as it is doing already, and the 50 gigatonnes of methane stored in and beneath it start to enter the atmosphere – as is already happening – then climate breakdown will get exponentially worse, in a very short space of time.

Meanwhile, our criminal governments practice predatory delay. In thrall to the fossil fuel industries, they are content to watch the planet burn as long as the mega-profits of the mega-rich remain untouched.

Let me talk about grief for a moment, and hope.

Climate breakdown is taking a heavy toll these days, not just in terms of the earth systems vital to life on the planet, but also in emotional, psychological terms for anyone whose senses are open to what is going on around us, for anyone who has a feeling for the gargantuan nature of the changes that the world needs to undertake in order to avoid catastrophe.

We are continually bombarded by the inspiring and the horrific, the uplifting, and the unimaginably awful.

As the natural world around us displays ever more plainly the changes that are already taking place, the unwillingness or inability of world leaders to undertake meaningful action morphs in our perception from the pitiful, to the criminal, to the insane and downright ecocidal.

A group called Extinction Rebellion recently hung a banner on Westminster Bridge in London, in full sight of the Houses of Parliament, with the simple message: “Climate change – We’re fucked”.

It’s a message seemingly devoid of hope. What ER is saying, in the bluntest way possible, is that it is no longer a question of “stopping” climate change. It is a matter of human survival. For at the end of the rupturing of planetary support systems, at the end of the decimation and eradication of the flora and fauna that make the Earth a beautiful, habitable, wonderful thing, human extinction must surely come.

In the face of that scenario, our only option is to rebel, to refuse allegiance to the governments that are working against what remains of life on Earth.

But then again, it’s a stark reality.

And of course it is, paradoxically, a source of hope. Because it has provided the impetus to thousands of people to put their bodies on the line, to get involved in direct action protests and risk arrest in protest at the course that world governments have set.

That in itself is inspiring, and encouraging, and has brought issues of climate justice into the headlines. And it has brought hope in the sense that more and more people are recognizing the need for action, and are acknowledging that these are unique times that we are living through. Uniquely terrible, in their potential for fundamental damage to the planet, and yet uniquely meaningful, in that we are becoming increasingly aware of the effects our actions can have on the future trajectory of our world.

There are other movements which have become equally inspiring, and perhaps even more uplifting, in recent weeks.

I’m talking about the global school strike movement, which started with the refusal by Swedish teenager Greta Thunberg to go to school on Fridays in protest at adult inaction on climate change.

After weeks of relatively solitary protest, her actions have spiraled, and have been taken up by school students in Australia, and across Europe. School students participating in the #FridaysForClimate/SchoolStrike4ClimateAction protests now total 20,000, from 247 different localities, and the number is growing.

At the COP24 – the United Nations Climate Change Conference 2018 – in Katowice, Poland, Greta had this to say to world leaders:

“For 25 years countless numbers of people have stood in front of the United Nations climate conferences, asking our nations’ leaders to stop the emissions. But, clearly this has not worked since the emissions just continue to rise…So we have not come here to beg the world leaders to care for our future. They have ignored us in the past and they will ignore us again. We have come here to let them know that change is coming whether they like it or not. The people will rise to the challenge. And since our leaders are behaving like children, we will have to take the responsibility they should have taken long ago.”

This is our world now. Where the revolutionary message of a lone 15-year-old girl carries more hope and inspiration than anything world governments can currently muster.

That is a beautiful thing, but it is also a terrifying thing.

Because it shows that we are alone and we need all the allies we can get.

Because it shows that we are not alone and our allies are the majority of the world’s population.

My love and admiration and solidarity goes out to all the activists, of whatever age, who have committed themselves to fighting for a livable planet, irrespective of the cost to themselves.

Sometimes that cost can be enormously high. It can mean imprisonment, persecution, even assassination.

In Guatemala last week, the killers of environmental activist Berta Caceres were finally convicted. Berta was shot dead on 2 March 2016 by a team of killers hired by the Desa company, whose plans to build a dam had met with resistance by indigenous peoples and environmentalists.

The killers have yet to be sentenced.

The people behind the killings – the managers, and bosses, and politicians, and military – look set to get off scot-free.

Latin America remains one of the most lethal places on the planet for environmental activists.

Meanwhile, to quote British naturalist David Attenborough’s speech to COP24, “Time is running out….If we don’t take action, the collapse of our civilisations and the extinction of much of the natural world is on the horizon.”

If you’re anything like me, you reach a kind of cut-off point with all of this. There’s only so much apocalypse I’m capable of soaking up, and I think that’s a healthy reaction.

Some people run on hate and anger. It’s the thing that fuels them, it’s what they need for political action.

That won’t work for me at all.

If you’re like me, sometimes you have to turn away from the unstoppable flood of events just to find a space within yourself.

Sometimes hope is not enough.

Take a breather, relax a little.

I guess I’m just saying that in spite of the urgency of the situation, we still have to learn to take care of ourselves. It’s ok to have feelings, it’s ok to feel sad about the destruction going on around us. It’s ok to grieve. It’s also ok to take time out to meditate on what moves and motivates you, and recover a little.

I found some inspiration recently in a wonderful essay by Emily Johnston, who was one of the Valve Turners in the USA, charged with criminal damage for turning off an oil pipeline, and subsequently acquitted.

Emily has this to say on the subject of hope:

“I see our job not as having hope, but of making space for hope. If we don’t act boldly in the next couple of years, we lose most of our leverage to save huge swaths of the astonishing life on this planet, and we fail both existing and future lives almost incomprehensibly. So our job is not to feel hope—that’s optional. Our job is to be hope, and to make space for the chance of a different future.

I also found a lot of inspiration and solace this week in a fantastic book by Rebecca Solnit, called Hope in the Dark. Here’s a short passage from the preface:

“Hope is an embrace of the unknown and the unknowable, an alternative to the certainty of both optimists and pessimists. Optimists think it will all be fine without our involvement; pessimists take the opposite position; both excuse themselves from acting. It’s the belief that what we do matters even though how and when it may matter, who and what it may impact, are not things we can know beforehand.”

In these dark times, the future is still unwritten.

Let’s give it our best shot.