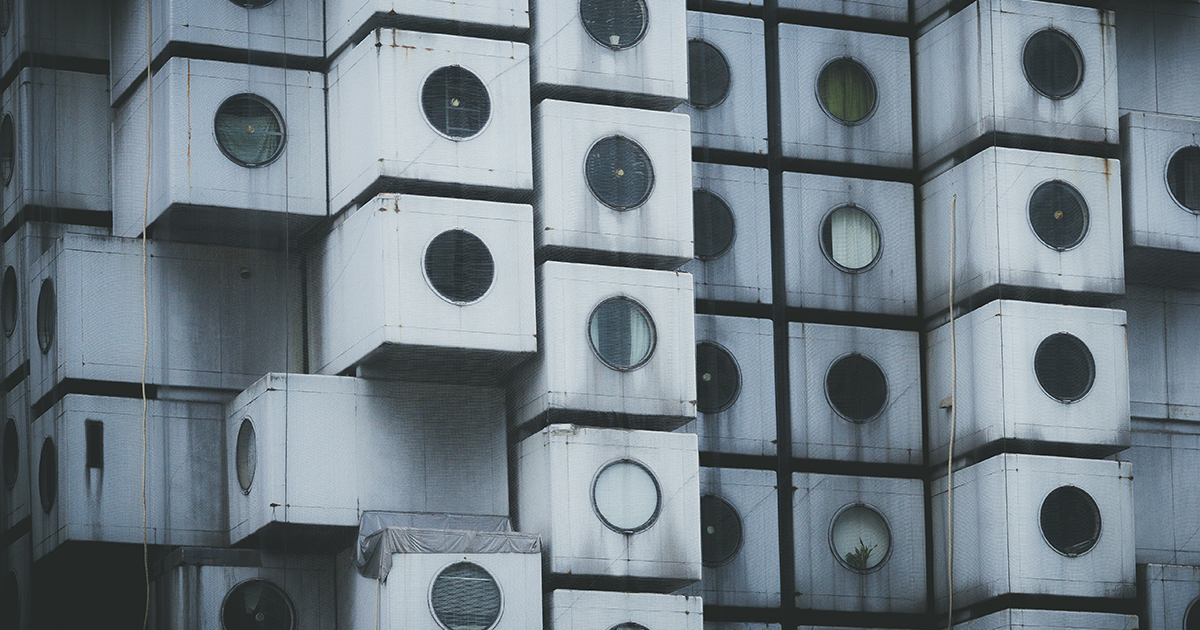 Nanny made his way to the next Home™, one in a seemingly infinite line of small, grey concrete boxes that stretched out, on both sides of the road, to the Horizon and, Nanny knew, beyond.  The door opened automatically and he entered the single room, the Client motionless in his Chair™.  As the door closed behind him he heard the faint murmur of the air filtration system hum into life as it struggled to compensate for the sudden inrush of cold, unfiltered air.  Research had shown that an air temperature of exactly 37⁰C was required for optimal human health and The Client mumbled his discomfort at the momentary danger he had been placed in.  The Home™’s autonomic management system, sensing the crisis, started to play gentle binaural beats and Alpha-isochronic tones of precisely 6Hz to calm him.  Nanny remembered the old days when Baroque music would be piped in to the Homes™ to soothe the Clients.  And this before research found which volume of sound was harmful to public health.  God, such recklessness!  It was a wonder anyone survived at all.

Nanny placed his Care-Bag™ on the floor and the Client reached imploringly for him with both arms.  He had soiled himself.  “No!  Arms down!” he said.  “You’ll pull a muscle!  Give yourself an overuse injury!  You’ll get arthritis!”  Obediently the Client lowered his arms and waited for his mess to be cleared away.  Nanny took some hypoallergenic pads from his Care-Bag™ and gently rolled him over.  The Client gurgled in satisfaction as Nanny wiped the waste from his buttocks and then wiped the Easy-Clean surface of his Chair™.

“There.  Now don’t you feel better?” he said as he replaced the intravenous feeding tube and placed the Transcutaneous Electrical Nerve Stimulation pads on each of his muscles.  The Client gawped at him, as his major muscle groups started to twitch in unison, muscle fibres fluttering under his porcelain white skin.

Nanny smiled.  “That’s a good boy!  You like your exercise, don’t you?”  The Client burbled and happily slapped his arms against the chair in response.  But Nanny had already said far too much.  If The Ministry had seen him using more than the words that were prescribed for him in his script, there would have been Hell to pay.  Research had proven that the meanings of so many words confused and scared the Clients and impacted negatively upon their health and wellbeing.  If an ill-chosen word raised their levels of adrenaline or cortisol by even 1mcg/dl, then severe sanctions would be imposed upon them.  For their own good.

Then Nanny paused, concerned.  Over the soothing hum of the approved beats he could hear… What?  Birdsong?  Somehow he could hear the random, unpredictable twitters and chirrups of birdsong, drifting uncontrolled into the Client’s Home™.  His heart raced.  “Oh, you poor dear,” he said ruffling the Client’s hair, before remembering that research had shown that contact with other humans was a leading cause of anxiety and so ill-health.  “You must have been in misery.”  How many years had the Client lost because of this?  He could possibly drop dead at any moment!  And what if others in the street could hear the discordant plague outside?  He could be facing a public health emergency of cataclysmic proportions.  The epidemiological studies alone proved that such an aural contagion could see an outbreak of cancers, heart disease, mental illness…

Nanny rushed to the far-corner of the room, not wanting to add to the Client’s anxiety in the face of this disaster, and tapping his ear-piece made an emergency call to the Ministry.  He turned away from the Client and cupped his mouth, speaking in urgent whispers.  “Yes!  An absolute emergency.  We have a possible pandemic situation!  The Health implications are staggering!  Something must be done!”

Nanny saw movement out of the corner of his eye.  He felt his heart in his mouth as he saw the Client stood up—on his own!—and resting his forehead and palms on the window as he peered outside.  Images of broken bones and torn tendons and ligaments flashed across his mind.  He could almost see the thousand different types of germs and bacteria dancing across the pane of glass and burrowing into the Client’s poor body, growing, multiplying, invading organs, corrupting tissues.

The Client grasped hold of the edges of the window and heaved, pulling in stiff jerks as he tried to open it, squealing his excitement as he did so.

Appalled, Nanny raised his arm in front of him.  “No…”

Then the Client, seeming to realise that the window would not open, examined the floor around him and picked up Nanny’s Care-Bag™ and then used it to strike the glass.

The Care-Bag™ bounced ineffectually from the pane and the Client burbled happily as he hit the glass harder.

Nanny stared on, horrified.  Was he using the bag as a tool?  “No, no, no.  No thinking!”  Nanny rushed across the room and manhandled the Client back into his Chair™.  “You’ll get a stroke!  Alzheimer’s, Parkinson’s, dementia!  Your blood vessels, your neurons!  Don’t you care about your own health!?”

The Client wailed as Nanny strapped him back into his chair and the dichromatic tones pulsed back into life, at a volume which even in the light of this catastrophe, Nanny thought was a little too loud.

Eventually the Client was made calm and as the IV drips fed the optimal macro and micro-nutrients into his system, he returned to a state of tranquillity and optimum health.  As Nanny made his way from the Client’s Home™ to the next, he noted that the street was already silent, the Ministry having already effectively eliminated the source of the potential pestilence.

He pulled his jacket tightly around himself as he made his way to the next Home™.  After all, he had a long day ahead of him.   And Nanny’s work was never done. 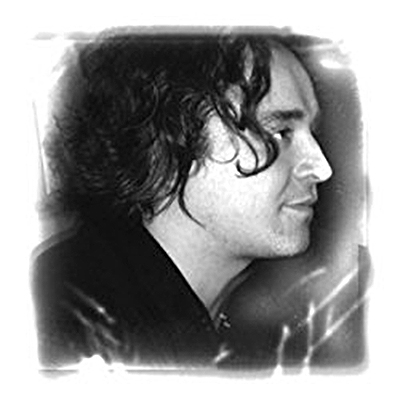 James Burr has had many short stories published in novellas, journals and Independent Press magazines, including Suspect Thoughts, Darkness Rising, Bizarro Central, Raw Edge and Ideomancer.  His first collection of short stories, Ugly Stories for Beautiful People was published in 2007 and he is currently putting the finishing touches to his second collection, State of the Nation.  He can be found on Twitter full publishing history and list of reviews can be found at www.james-burr.co.uk