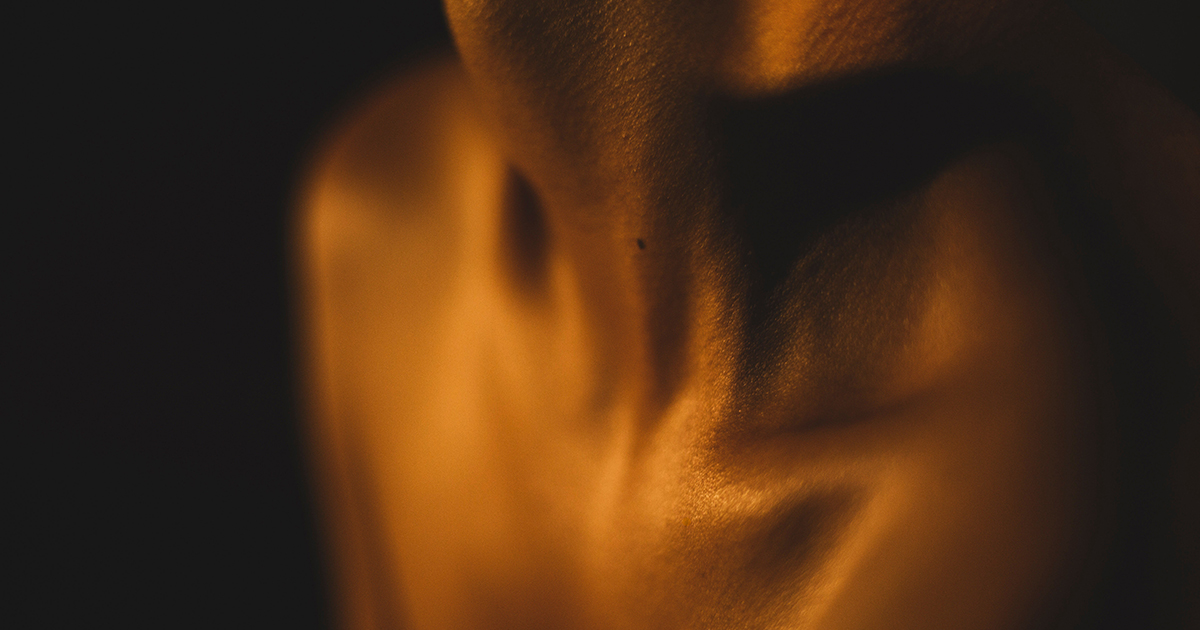 “Now, my novel begins. No, now I begin my novel—
and yet I cannot decide whether to call myself I or she.” (Elizabeth Hardwick)

His painted body, my painted face… masks and armor, each captivating the gaze of the other, inciting and satiating visual voracity while deferring, always deferring vertiginous carnivorous desire. Our adorned bodies speak the singular languages of queer desire invoking mirrors in which he is me and I am he and he is he and I am she.

His arms, shoulders and torso, expanses of infinite flesh and skin, are inscribed by a startling and colorful profusion of   intricate and disturbing images, a universe where terrifying chaos reigns. Shockingly fixed, shockingly permanent, as are the few words he articulates, transmitting immobile structures of being, of living, of loving, always resisting attachment. Only his body, only his hands, only his mouth attach, intensely, desperately. His words are walls. He is opacity, he is all absence.

Her flesh too is marked, by contourless bluish reds, reddish blues and deep purples, then pale yellows, until they are effaced by time. Terrifying in their impermanence.   These colors tell stories of extreme sensations, of the dazzling excesses of desire.  “His hands want to dusk me, they plan to death me” (Alejandra Pizarnik), they want to love me. His hands, instruments of savage desires leave imprints.  The bruises remain long after D is gone. They fix his presence in his absence. As time erases them, his imprint fades. Then she summons him and he unexpectedly returns, relentlessly branding    the untouched territories of her skin, thus fixing his presence in his inevitable and imminent absence.

D., whose translucent skin bears other imprints, other scars, miniscule geometries etched by small sharp blades, arabesques of trickling blood designed by tiny scalpels, archipelagos of precise punctures, the work of needles injecting white oblivion.  Cartographies of despair. He is all absence.

Her body, a lavishly decorated spectacle.  Adornment, external signs which order the internal chaos, the dispersed fragments of her fractured psyche, conceal the terror.  Onyx outlines her eyes, dark crimson stains her lips. She is beautiful.  Her face and body speak, her flesh screams. The barely discernible outlines of her breasts and hips are encased in black velvet folds.  The onyx and the crimson, the ebony fabric… all adornments which create the necessary veil of silence.

Her neck is tautly encircled by a tangle of leather cords and silver chains from which dangle sparkles, enameled medallions, ivory abstractions, black roses. At dusk, he will tighten the cords, suffocating her, strangling her. Only then can she breathe. Jagged reddish incisions engrave the flesh of her neck. These too are necklaces, though etched into her skin, vestiges of pleasure which allow her to breathe, yet again. She is a study in binding and unbinding, in restraint and abandon. She is transparence, she is all presence.  Her wrists are adorned by wide black leather cuffs with which she will later tightly bind her lover’s wrists. Black tape will immobilize his hands, those hands which desire her, so darkly, so lovingly, those hands which mark her.   She will become he.

As a child, they dressed her as a doll, enveloped in flounces and ruffles and lace, her wrists adorned by tiny gold bracelets, her neck by delicate gold chains from which dangled miniscule images of virgin saints. She cannot breathe. Tiny gold spheres pierce her earlobes. As an infant, her godmother punctured their yielding flesh with a darning needle, a ritual marking the girl-child’s entry into the world of the feminine. Her adorable face is a studied mask of lightness, her gestures, smiles and giggles seduce. Yet her mother coaxes her into immobility, scolds her for flailing about, for pulling at her hair to free it from the tight ponytails and braids she was forced to wear in an effort to control her unruly hair. Her mother poses her, exhibits her, encases her in large overstuffed adult chairs, a miniature spectacle of the feminine enthroned and engulfed to be frozen and immobilized by the lens of the camera. Her adorableness conceals an infinite darkness. Her skin is reddened and blemished by the traces of burning salty tears, marks of terror which her mother incessantly tries to scrub away. The little girl’s arms are bruised for she pinches and scratches herself in a futile attempt to transpose the despair in her mind into pain of the flesh. She is a terrified little girl.

“Let’s face it. We’re undone by each other. And if we’re not, we’re missing something…  one is undone, in the face of the other, by the touch, by the scent, by the feel, by the prospect of the touch, by the memory of the feel”  (Judith Butler)

D. is her final undoing, as he is his own. His body, the body she so adored, is now in a bare, starkly illuminated frigid white room. Distant from her dimly lit warm mauve cocoon. He is struggling to breathe. Those hands, the hands which adoringly and relentlessly annihilated her, had held endless glasses of amber liquids, infinite quantities of tablets promising release, summoning extinction. My late summer passion now inhabits the ultimate liminal space, that which lies between life and death.

Yes. I have come undone. I have been cut open, torn apart, broken.  I am now fragments, shards of glass.  A fragile champagne flute carelessly placed at the edge of a glass table is grazed by a barely noticeable and nonchalant gesture which moves it further to that edge. It tips over and the descent begins.  The glass is falling falling falling falling falling  falling in slow motion in an endless  descent through the brief yet infinite distance between the table and the floor. The glass is not quite visible through the oneiric haze in which its contours   are slowly blurring, ever so slowly transforming it into something else, something which has neither form nor structure, something residing in that frontier space between the real and the not real. The inevitable and final destruction, the final and finite shattering are unbearably slow. Space and time are erased.

“Here I am, and there is my body, dancing on glass.
In accident time where there are no accidents” (Sarah Kane) 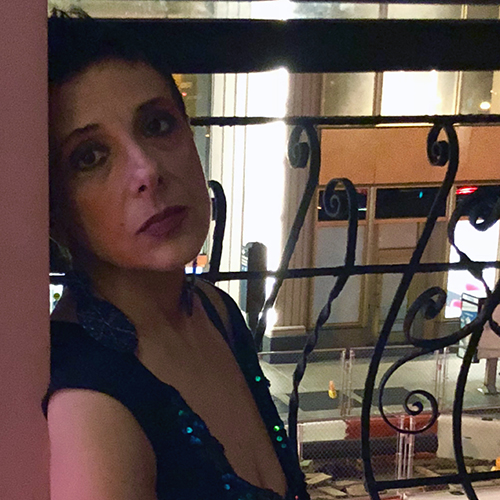 Consuelo Arias is a professor of Spanish and Women´s Studies, as well as a writer and translator. She holds a Ph.D. in modern and contemporary Hispanic poetry and feminist theory from Princeton University (1994).  Consuelo’s publications include critical essays on the construction of the queer subject in Hispanic literatures. Her most recent publications are three memoir essays: Ramos Otero, de Times Square a Mar Chiquita (2014),  From Times Square to Mar Chiquita: Evocations of a Singular Friendship (2016) and Cartografía de lo híbrido (2015).  Four poetic prose texts, English-to-Spanish translations of Dionisio Cañas’s El Gran Criminal have recently appeared in Modern Poetry in Translation (Spring 2018).