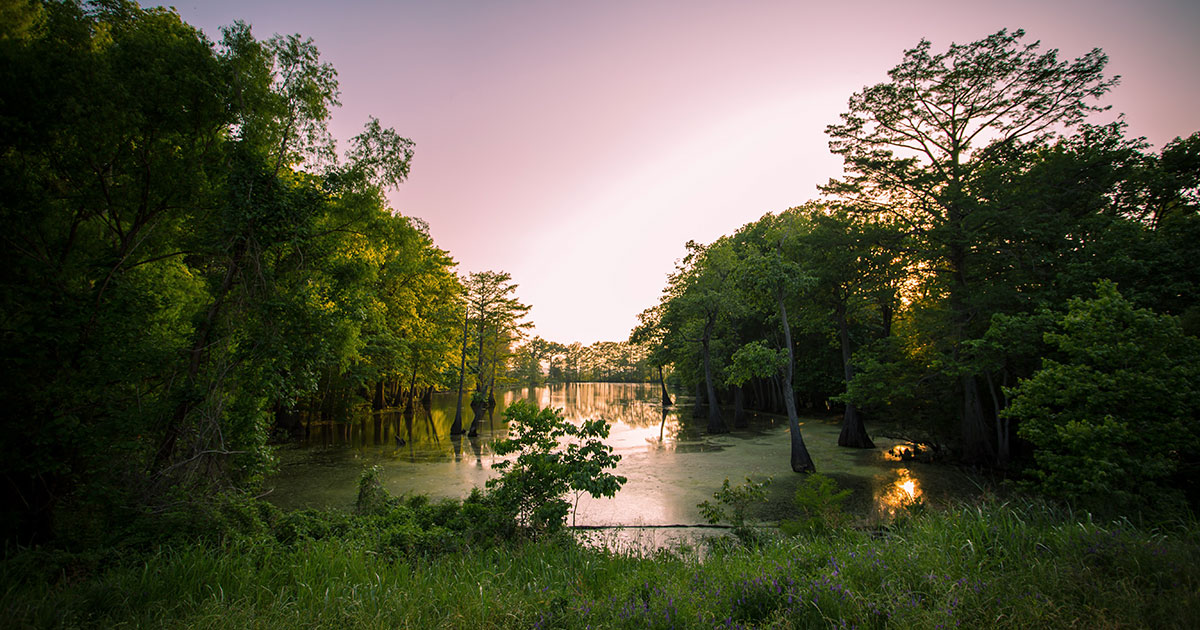 Drown me in your waters, murky
and black, that marsh where my father
baited hooks with night crawler and catalpa.

Hand me back your vaulted sky,
bream, white perch, the knob-
kneed cypress under hanging moss.

Bring back my father of those sober
Saturdays, egg salad in one hand,
my snagged line in the other,

his shoulders sagging like the long limbs
beneath the weight of things.

And bring back the last bend
where we’d lay down our poles,
paddle through the thin oak,

Coleman box of fish between us,
bait exhausted, our arms burned by the sun,
our laughter so easy then,
at home in the green and the brown.

I went with your mother to the pavilion
in the city park where
we ran as children.

We flew the kites there on the Lunar
New Year, though we didn’t
know what it was.

You weren’t there. You were helping
your mother fold the linens.

She went to the laundromat
every Saturday, and you were there
with her to carry the old

wicker baskets and
the carton of detergent.

Girls in your eighth-grade
class thought
this funny, but it wasn’t.

You helped her fold the linens
including the pink ones,

in the autumn of ’61
before she died of a hemorrhage

a brain hemorrhage, in wine country
in the midsummer. She was twenty-two.

As for the linens, most were white
fading to yellow like lined paper in a filing cabinet

passed on by your mother’s family.

You learned to fold the linens
like construction paper or Christmas wrap
—crisp and sharp at the edges.

What you never get used to in Jersey
is the way Italian girls at the deli
call you “Honey.” Back
home the best to hope
for from a great aunt at a family
reunion was “Sugar” or “Shug,”
never “Honey” or “Hon.” Honey is
extra, gooey goodness. Honey
has staying power, manifestation
that the world is right, that bees are
doing what they can to save us.
The honey table is where old friends
congregate at the farmers market,
buzz around about the next bar mitzvah,
covet jars with the hive showing,
honey flowing, like it did in
Biblical times. “Honey” is sweetness
we lost in another generation
torn by war. It returns
every once in a while
in smaller, gentle doses—
the counter of our favorite
deli, on line at the Shop Rite.
It grabs onto us when we let it,
sticks to us, slows us down,
tempts us to come back for more.

The man in the gray
polyester slacks
makes his way
slowly up the backstairs.

I hold my father’s
hand, wonder what
the word colored means.

The man’s back is straight,
the heels
of his shoes
ride heavy on the steps.

My father leans down to me like a priest
and tells me—balcony is
a place we never go.

What makes a Hohenzollern or pike sweat a bucket in a pouring rain?

The life of Gavrilo Princip, I suspect, or another mirage,
one more blackened penny thrown to the flame.

When will the last monarch fall?

When will the last log on the bonfire break?

At daybreak, that’s when, when we offer ourselves as driftwood
and squint into the dying oil lamp of the whale.

of some craggy shore on a day choked in October
color and our daughters weeping.

Describe your “writer-self” in three words.

What is the most challenging aspect about writing for you?

Organization – the original burst often comes easy to me; the problem, when the muse visits, or the lightning strikes, is you never know where you’re going to be. When a line comes, I will write it on anything handy – I once wrote a first draft of a poem on the lid of a pizza box on my way home from the office – but it took me days after to transfer to a notebook, then to a computer file. That part is exhausting for me.  I will spend days looking for a first draft I wrote down ‘somewhere,’ ; on the other hand sometimes I will find a draft I forgot about stuck in the back of a journal I was reading a few weeks back. It can be maddening, but there is a certain serendipity to it.

Where, when and how are you inspired to write?

I often write when I travel, when I have some down time and can let go of work day stuff, or even personal family stuff. It can be a Saturday morning on the deck at my house, or on a train ride in France, or even going for an afternoon walk near downtown Trenton, where my job is. It is such an old and interesting place, that I sometimes get lost in thought among its bindweed and sidewalk cracks, or even my favorite lunch places. I’m inspired mostly by what I read, and often it is unexpected, such as a Talk of the Town piece in the New Yorker. The other day I was moved by a jingle in a Nissan commercial. I jotted down a few lines, and all the sudden there was Jean Valentine popping up in line 3. These are the sorts of happenings that excite me about poetry. It can be obscure, but also universal of mind and spirit.

What are you reading right now?

I have been reading Yesenia Montilla’s new book, Muse Found In a Colonized Body, and it is breaking me down one page at a time. She is a bright star in our poetry galaxy, a poet of our time, and this book is a powerhouse. I also have been reading two older books, Ilya Kaminsiky’s Dancing In Odessa, and Ada Limon’s The Carrying, which I bought together in Paris on a recent trip; both books, in different ways, interrogate time and space, past and present, and in Limon’s case, nature, in ways that will rip your heart out. Also catching up to Olive Kitteredge by Elizabeth Stroud, short stories – her language is spare yet rich, her characters fresh and original, and her descriptions of Maine’s landscape and people unforgettable.

Jean Valentine, who has been such a profound influence on my writing, and my life, once told me that at the end of the day “you have to write what you know.”  This is when I quit fighting writing about the South, and allowed me to embrace my background, and upbringing, and yet not resort to sentimentalism. Also, Alicia Ostriker, whom I studied with at Drew, told me that when you attempt to write a poem “there needs to be something at stake.” I think I have probably taken that one to heart more than any other.

If you could tell your younger writer-self anything, what would it be?

Don’t be so obsessed with publication. Be in it for the work itself, everything else will follow. Read other poets, those you like and those you don’t necessarily get at first, like maybe Ashbery. Challenge yourself, but enjoy the process of making art. It’s hard and there will be much rejection, but it can also be rewarding, just being alone with words on the page. Try to write something every day, even if it is just a scribble on a cocktail napkin. Stay with it. Being a poet is about playing the long game.

Which poet or character from a book/movie would you invite to dinner and why?

Daisy Buchanan, from “The Great Gatsby,” because she’s Southern and would make me laugh; Katie Morosky, the Barbra Streisand character from the film, “The Way We Were,” because she would make me crazy and keep me honest; and Virginia Woolf, as portrayed in “The Hours,” because she was as tortured about writing as I am.

Any advice for budding writers who are trying to get their work out into the world?

Make connections, attend readings and workshops. Get to know other poets in your neighborhood or community, share work and get feedback. When you feel something is ready, submit and submit again. Likely, first few times, you’ll get rejected. It’s not personal. Get to know journals and really read and digest what they are publishing. If you happen to get one thing published, you often build relationships, which can lead to other relationships. Sending work out can help keep you invested; feel good about it; yes, it can be humbling but it helps you grow.

What was the inspiration for your latest collection of poems – Salvage? If you were to introduce it to the world, how would you describe it?

Some have described it as a memoir of my growing up in the South. Possibly yes, but, I tend to see it as much more than that; it’s more about episodes in a life, experiences “salvaged” from the pain, and sometimes the joys of life. It’s also about places other than the South, from Brazil, to New Jersey, to a small mountain town in Italy. Even then the poems are not just about the physical place per say, though there are images, but about who I was at the time, twinned with the knowledge that I will never be quite that same person again.

I remember a poem about basketball! Does it often creep into your poems?

Well, sports, in general, played a role in my formative years, and I am still a quasi-sports fan, but again, it’s about certain experiences that stuck with me; there’s a poem called “On Why I Became a Knicks Fan.” That poem started off about growing up in Louisiana in the late ‘60s, pulling for the Knicks, and it turned into this vivid memory of playing pick-up basketball with three black friends on a broken playground “on a rim with no net.” That sort of poem gets back to the Valentine wisdom to “write what you know.” Those were perilous times for me, for many reasons. I think some of that truth comes through in the poem.

How important are your Southern roots shape or influence your poems?

As I said, I have tried to push back on that some, but there is always “something in the soil,” family stories, my father’s drinking, and my sister’s death at an early age that keeps intruding into the work. There are also images I recall, of incivility, segregation and utter racism of that era that I can try to block out or fight, or I can try to be true to the material and roll with it and try to shape the art into something meaningful and real, and that has soul. 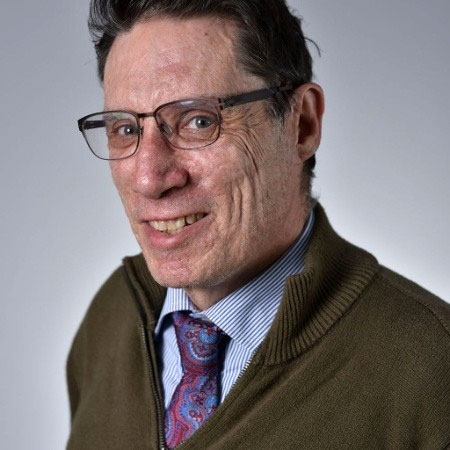 Bruce Lowry, a self-described “grandchild of the Delta,” and searcher in the vein of Walker Percy, is a native Southerner, writer, poet and journalist. He has been honored with several awards for his work as a newspaper opinion columnist and editorial writer, most recently while at the Bergen Record. His poems have been published widely, and most lately in Night Heron Barks, Paterson Literary Review and December. He has an MA in history from Jacksonville State University in Alabama, and an MFA in Poetry from Drew University. He currently works as a Senior Communications Associate for the Senate Majority Office in Trenton, and lives in a small, possibly haunted 1950s house in Union County, N.J., with a partner and assorted cats. His chapbook, Boyhood, Louisiana, was published in 2019. His first full-length manuscript, Salvage (Ragged Sky Press) was published in September, 2022. Please order this book through your favorite online retailer.  ISBN: 978-1-933974-48-4 / $16.00