AN AWAKENING AT STANDING ROCK 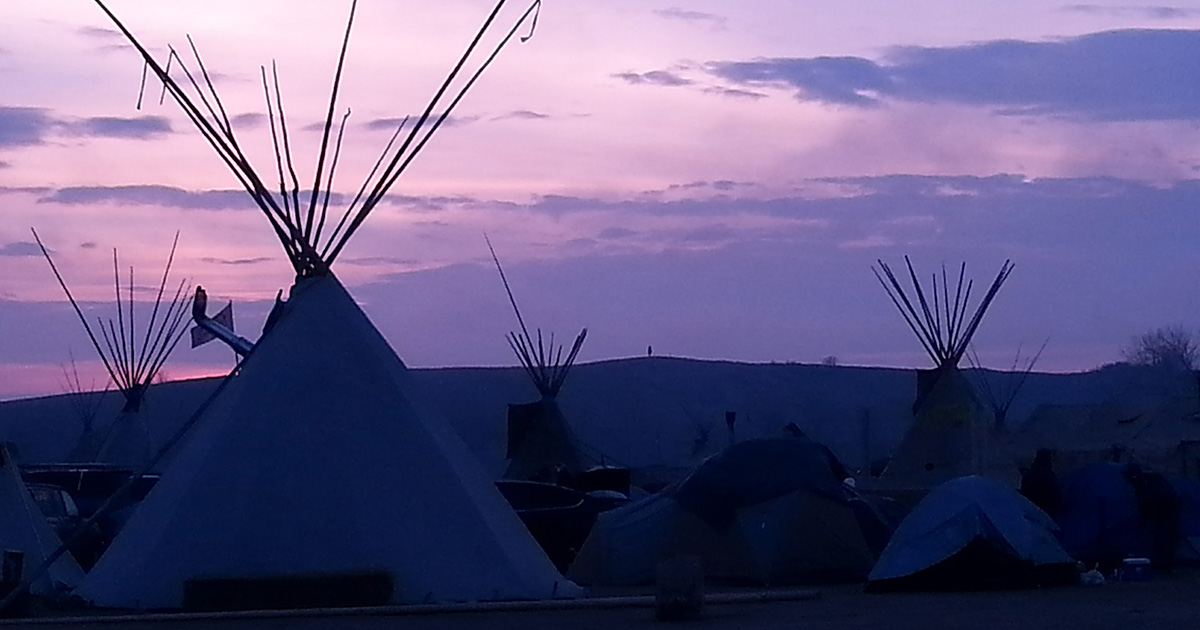 It has been almost two months since I traveled to the Standing Rock Reservation in North Dakota where tens of thousands of people had gathered with Native Americans to protest a new oil pipeline being run through the land. The evening I arrived, I was immediately pulled into a heart-breaking scene. I had arrived at 5:30pm on November 20th, 2016, when police violence against water protectors reached a climax. This was the night the world watched as police sprayed peaceful citizens with water cannons for 8 hours in freezing temperatures, fired rubber bullets at point blank range into people’s faces, sent tear gas and concussion grenades to disorient and stun the crowd. Hundreds of people were treated for hypothermia, dozens of others were badly injured by rubber bullets. One young woman had her arm blown off by a concussion grenade; another woman lost sight in her eye from a rubber bullet wound.

The events of that night hit me hard and sometimes I am stupefied by what I witnessed. When I first returned home, I struggled to talk about normal things. I couldn’t believe that anyone cared about grocery lists or what kind of snow boots to buy or what dish to bring to Christmas dinner. A few times, I got angry as people chattered to me about college football or what they scored on their recent shopping excursions. I obsessively watched footage from the Nov. 20th conflict on Backwater Bridge. I got cranky with my kids and avoided people, wanting to be left alone with my thoughts. Some nights I couldn’t sleep, so I made lists of people I met and tried to find them in recent Facebook posts of Standing Rock to make sure they were okay. Writing has helped and retelling the story to my inner circle has helped.

I can imagine that it is difficult for people who weren’t there to believe what happened. Sometimes I don’t believe it and I saw it all with my own eyes. I stood in shock watching a few officers and then eventually a large brigade of riot police aggressively attack an unarmed group of people. I inhaled pepper spray while trying to care for hypothermic people. I ran from tear gas cans being lobbed into a makeshift medic area. I saw strong, fierce warriors being carried away from the frontlines after being wounded by rubber bullets. I watched police officers aim powerful water hoses at young people as they tried to stand up only to be knocked down again. I felt the loud boom in my chest of concussion grenades and became dizzy enough that I had to sit on the ground to regain my balance. I saw young boys run towards tear gas canisters and throw them in the water to protect those around them. I heard the pop-pop-pop of rubber bullets being fired point blank into a crowd just a few feet from the riot police line. Through it all, I heard the continuous song of prayer.

What I keep thinking about is how those born Native American in the United States have no trouble believing it. They are not experiencing PTSD—Post Traumatic Stress Disorder. They are in it every day and there is no “post” about it. They are used to being treated like second-class citizens in their own country. They are used to being treated as an “other” in the land their families have inhabited for generations. They are accustomed to living with this stress and seeing no way out. They don’t get to choose when to stand up for their rights. They don’t get to fly home to their big old funky house in Kalamazoo with their two white kids and their two incomes and two cars and overpriced non-shedding dog. For Native Americans, this fight at Standing Rock against Big Oil is yet another in a long history of tribes getting bullied by the United States government.

I have come away from this experience feeling inspired and proud to be a part of it. Through it all, I heard songs and chants and laughter. Somehow people kept their spirits up. The medics near me joked with patients and the youths yelled jokes to one another over the din. One ER doctor used spent tear gas cans to keep her hands warm in between treating ice-covered patients. Groups of teenagers sang as they marched toward the frontlines with the lids from plastic storage bins as their only protection. People sent prayers of forgiveness to the heavily armed police across the river.

Cheers erupted with each little victory. When people on the south side of the bridge started sliding logs across the thin layer of ice to feed the bonfires on the north side, there were cheers. When a mini-van arrived bringing warm food and coffee, there were cheers. There were hours and hours of excessive force by those meant to protect us, but there was so much hope on Highway 1806 that night. Hope that we could achieve great things with prayer and song and one another.

Update 1/25/2017—This week Donald Trump signed several executive orders to advance the Dakota Access Pipeline (DAPL), pushing aside any victories won under the Obama Administration. Some Native American leaders are calling for Water Protectors to return to the camps to stand up to Trump, while the Standing Rock Sioux Tribal Council has asked everyone to clean up the debris left behind and then to leave Standing Rock. Legal trials have begun for the hundreds who were arrested. These will be costly and some worry they will not be given a fair trial or quality representation in North Dakota. Supporters of Standing Rock have taken action against other pipelines across the country and around the world. Certainly, much will change over the next few days and weeks, as the consequences of Trump’s presidency unfold. This is just the beginning. 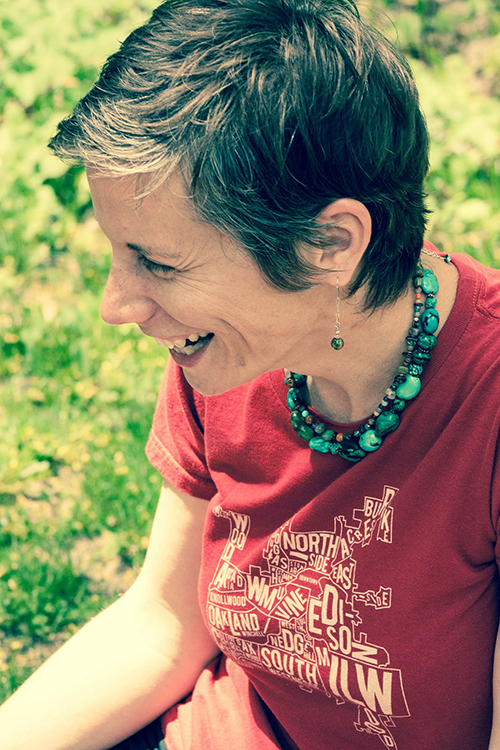 Sarah Drumm is a writer and nature lover. She lives with her partner Steve and their two kids in Kalamazoo, Michigan (yes, there really is a Kalamazoo and it is full of great people doing beautiful community work). Sarah has a day job she actually likes, building better early childhood systems, but still dreams of living in a log cabin where she would spend her days writing and drinking tea and taking long walks.