AMERICA DOWN THE WELL 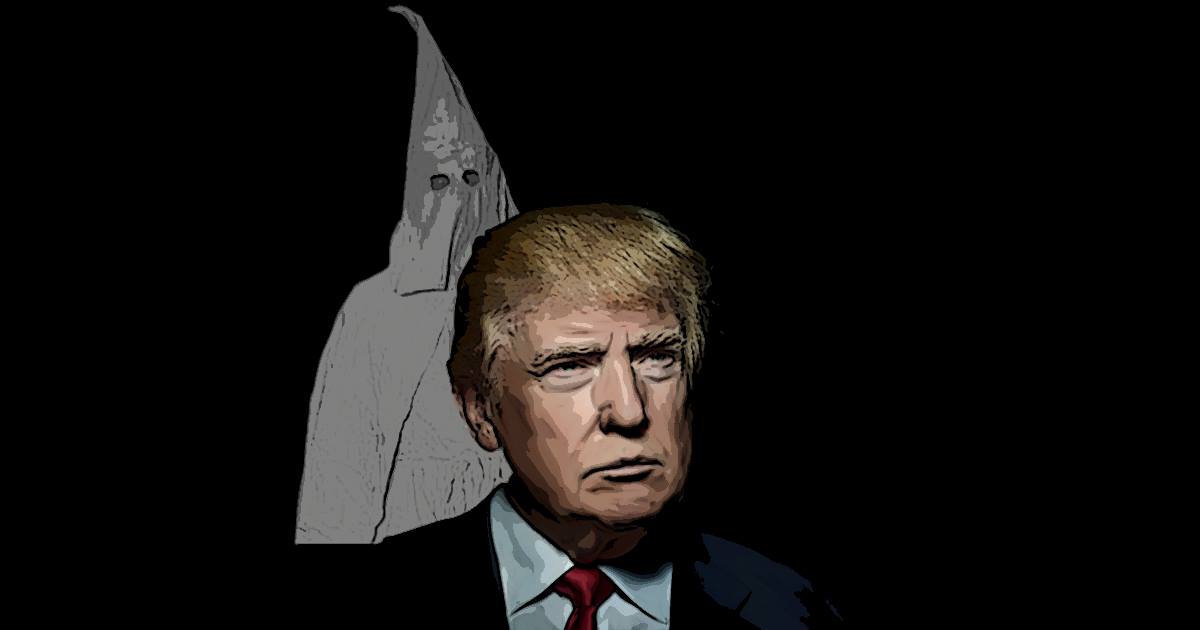 America has fallen down a well. It’s a dank, scary place that doesn’t smell wholesome, and everything’s slimy to the touch. We’re terrified of what we might see in this nasty hole, but our survival instincts tell us we’ve got to look. Our flashlight batteries are starting to go, but in the dim, faltering light, we sometimes glimpse slithering creatures like Stephen Miller and Steve Bannon (though the latter scuttled away from the White House a few days ago—may that unholy toad not RIP).

The scariest sight of all is the man who hurled America down this well, and who now holds us hostage. Even when he’s not looming above us, menacing us with his madness and malignity, it’s pretty impossible not to fixate on him. His morals are beneath contempt, his intellect nonexistent, and the way he presents himself is ludicrous. Yet he holds the country and a big chunk of the world in his thrall.

The unnatural blond who has imprisoned us in a dark hole is not Buffalo Bill from Silence of the Lambs; but he’s equally, if not more, terrifying. Buffalo Bill wanted to wear his victim’s skins; Donald Trump wants to devour the country’s soul.

In the chilling speech he gave at his inauguration, Trump spoke of “American carnage.” Most of us had no idea what he was talking about—except for those who’d been force-fed conspiracy theories by Fox News and right-wing talk radio. In August 2017, just seven months into his calamitous presidency, Trump and his armed-to-the-teeth white-supremacist allies are showing how easily that American carnage might materialize.

As we saw in Charlottesville, Virginia, last week, the country’s racists and anti-Semites are migrating from the fetid corners of the Internet onto America’s streets and public squares, many carrying assault rifles and other weapons. Gruff skinheads in leather vests have joined whiney milquetoasts in white polo shirts to form an unlikely looking brotherhood we’re now calling the “alt-right.” Under that guise, these nobodies suddenly feel like somebody—and not just a somebody, but part of a strutting mob waving tiki torches and shouting heroic refrains like “Fuck off, faggot” or the Nazi chestnut “Blood and soil!” And they don’t stop at ugly words: One of their group drove a car into a group of counter-protestors, wounding many and executing an activist named Heather Hyer for the crime of standing up to their hate.

We have Donald Trump to thank for the fact that Nazis and white supremacists are morphing into cockroaches that no longer scuttle away when the kitchen light is flipped on. His response to the American carnage in Charlottesville was like his response to pretty much everything: clueless, confused, and contradictory. He said there was “blame on both sides” of the protest and insisted that some of the people attending a demonstration promoted as the “Summer of Hate” were “very fine people.” Trump’s response drew praise from neo-Nazi website The Daily Stormer, which approvingly noted that the president of the United States had said “Nothing specific against us … No condemnation at all.” Former leader of the Ku Klux Klan David Duke also applauded Trump’s comments, tweeting, “Thank you President Trump for your honesty & courage to tell the truth about Charlottesville.”

After less despicable people—and even some Republican politicians—expressed indignation that Trump was equating Bernie Sanders and Black Lives Matter supporters with Nazis and Klansmen, Trump was forced to read a few soothing words of reconciliation that someone had written for him. But then he not only doubled down on the “bad people on both sides” theme, he took up the ostensible cause that had brought white supremacists to Charlottesville in the first place: protest against taking down statues glorifying Confederate leaders who’d fought to retain slavery. “Sad to see the history and culture of our great country being ripped apart with the removal of our beautiful statues and monuments,” Trump wrote on Twitter.

Of course, it is Trump and his hate-fueled supporters who are the ones ripping apart our great country. And of course, most of those statues of Confederate generals were erected several decades after the Civil War—and were themselves an effort to change history and culture. Many were erected in the 1920s, when the South was recoiling against black empowerment with voter suppression and Jim Crow segregation laws.

Bring on the Generals

You know you’re living in a failed state when your best hope is a military coup. Which is the direction America is heading in, since it’s the men Trump loves to refer to as “my generals” who seem to have the best shot of preventing their boss from turning the U.S. government into a dictatorship—or simply blowing us all up, Strangelove style. One of them, General John Kelly, has been moved from the Department of Homeland Security (where he guarded our nation from external threats) to become Trump’s chief of staff (tasked with guarding the nation from the largest threat of all: our president).

Even more than the generals, it’s another former military man, Special Counsel Robert Mueller, who seems to be America’s last best hope. I, for one, pray that Mueller and his investigative team are working with urgent dispatch to rid us of the evil that has taken up residence in the White House. They need to be working as if the nation were a child that had fallen down a well. Which, seven months into Trump’s presidency, feels less like a metaphor, more like a physical reality.