ACROSS THE FRISCO TRAIN TRACKS 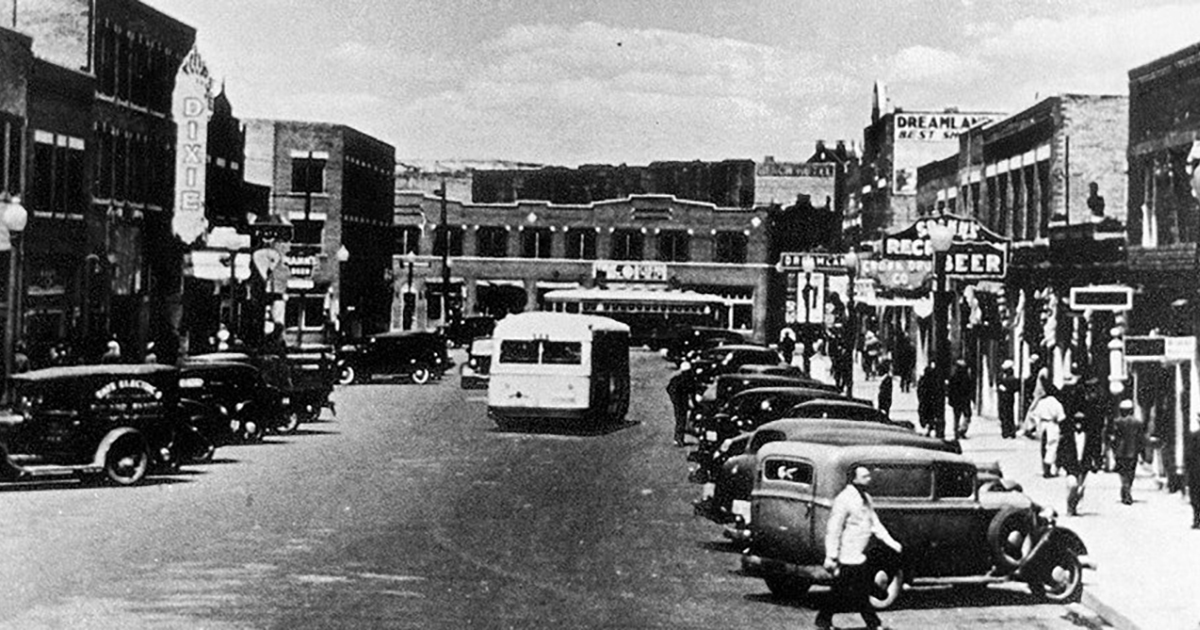 Across the Frisco train tracks, in Tulsa Oklahoma during the early twentieth century, the people of the Greenwood District were called “Little Africa”. Of course this name could be equated to the small immigrant towns like “Little Italy”, but it was a derogatory jab at the recently freed slaves who were part of a forceful history they never asked to be a part of. False promises of retribution and freedom to pursue the American ideology fueled the black folks moving out west during this time. But the truth was, to the rest of America, black folks were not supposed to feel this way. Black folks were not supposed to travel with dreams along the same roads white men manifested the west with. However, little did they know across those train tacks was an affluent city. A conglomerate of black excellence and achievement beyond its time.

People who were told they were not supposed to have nice things owned more than just property but businesses and theatres. With Jim Crow infesting the recovering united country, segregation was in full effect. Most of the money Greenwood residents made went back to the community, considering black people weren’t allowed to shop at white-owned businesses. Beautifully dressed men and women glittered the streets with class, strolling amongst the black owned property. Speaking with an education that black men and women, on the other side of the country, at the time, probably scoffed at as dreams or fantasies. Like a modern-day folk tale, the people of Greenwood lived in the closest thing to a utopia. Other than the racism they received outside of their town, they had the things America said black folks weren’t supposed to have. They had newspapers that frequently talked about politics and the stock exchange, theatres and night clubs, multiple schools that were superior to the rest of the schools in that area in Tulsa and excellent hospitals. They had class distinctions that warranted their new nickname “Black Wall Street”. They lived in a world so opposite of what we were told life was back then that all of this feels like fiction, however, every bit of success from the black folks that lived in Greenwood was true. With the same reverence they had towards their people during times of slavery and Jim Crow—their heads lifted high in the face of adversity—the people of Greenwood fought for the hope in a future where they wouldn’t be seen as anything less. Little did they know they were living in a future that rivals areas in America almost hundred years later.

But with triumph always comes hate and jealousy, popping up like a blemish on the face of society. The most evil and socially contrived part of humanity that forgets about the innate good in people. White residents from other towns took notice of the thriving town of Greenwood. Especially white people who were in poorer neighborhoods with fewer job opportunities. After World War I, with all the soldiers coming home looking for work, there were fewer job opportunities than ever before. Terrorist groups like the KKK grew in numbers with people who were angry at their situation and wanted to look for someone to blame. On May 31st and June 1st 1921, these terrorists from all over Tulsa burned down every hospital and school and business they could find. They burned and lynched people as well, resulting in a slaughtering that lasted almost two days. Over 800 people were injured and up to 300 killed.

Whether it was the false sexual assault accusation of a black shoe shine boy that made the newspapers or just pure hatred that caused them to do this, either way a chunk of history was destroyed before they could probably even process what was happening. Sure it was a relatively small town compared to today’s standards, but what they were able to accomplish at the time was nearly impossible. From 1921 there were movements and progressive steps towards civil rights. This thriving black town met its demise almost 50 years before Dr. Martin Luther King Jr.’s assassination.

As black history month comes and goes a lot of times it feels like an afterthought. A plateau of obligation. Especially when we’re finished with our primary and elementary school years and are in the real world where people don’t care if you know (remember) history. After the first week of February, Black History Month feels like a novelty. It feels like a stagnant rehashing of the same faces and stories while others disappear and evaporate with the rest of history that wanders like ghosts. More stories like Greenwood should be told. They give weight to the human experience left out of history. It gives an existential look at ourselves and what would be remembered as future’s history. They were people like us but had to survive with harsher more dehumanizing conditions. The survivors probably lived and died knowing this secret. Died with regrets and what ifs. If we don’t know stories like these are we doomed to repeat them? What is going to be our Greenwood? What voice is going to be silenced to translucent in the next hundred years? What fight will we forget about? What else have we forgotten?