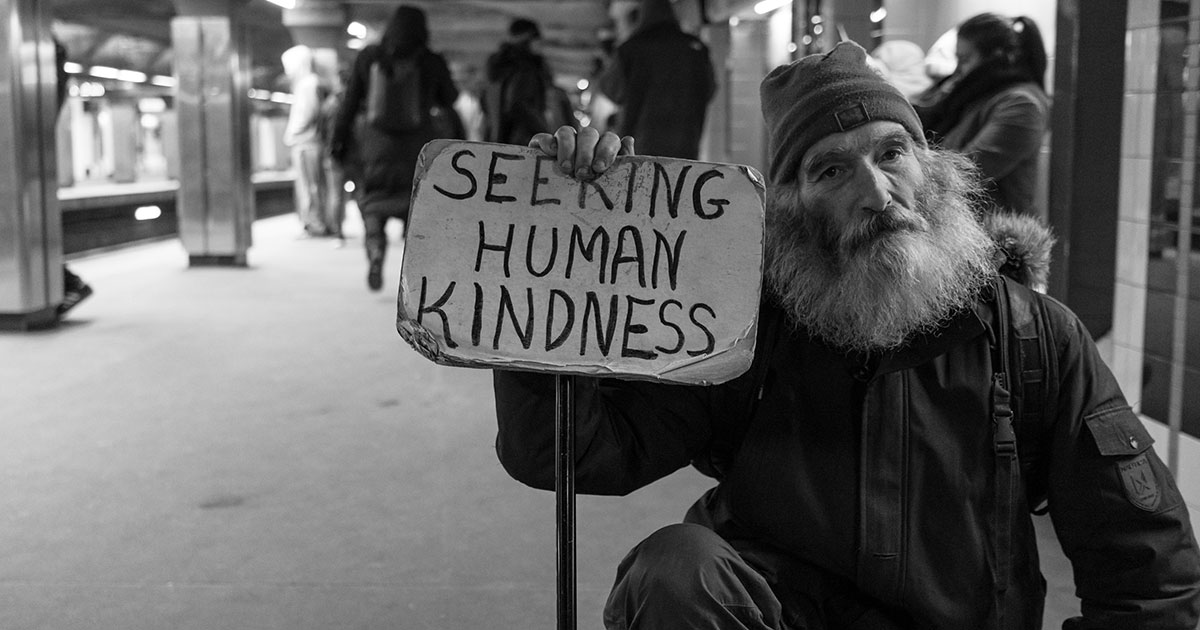 There is an old story about an Austrian legionnaire who asked the Sphinx the secret of life. “Don’t expect too much.”

“They tell me everything is going to be all right

There is a man who lives by us. He was married with children. Husband and wife both held jobs. That’s what it takes. She had the insurance. When she unexpectedly passed away he was crushed. His one true love was gone. Plus, his income was halved, he had no health insurance, two teenagers, and a house payment. He applied for and received financial assistance and Medicare. It was barely enough, but it was enough, barely.

In an effort to find some relief he cashed in his 401k and paid off the mortgage. One less bill and the money would go farther, right? Unfortunately, no. Without the mortgage payment he didn’t qualify for assistance. He was back to where he started, scraping by, except his retirement plan was gone. Eventually he took a second job, and in all likelihood he will come out on the other end more or less intact. He didn’t expect very much, to feed, clothe and house his children, and maybe have a little money left. But, he was doomed to disappointment even with such a modest goal.

I know sometimes people “game the system,” but more often, it seems the system runs the game.

“I’ll close my eyes and I wonder

If everything is as hollow as it seems”1

I have heard all the arguments for supply side economics, trickle down, Reaganomics, whatever costume it’s wearing as it rises from its shallow grave. If there is enough at the top it will fall to the bottom. But, on the street things look different. Down there they think, it ain’t never going to happen. I see the people on the street. Sometimes I talk to people on the sidewalk, lost, alone, dressed in tattered clothes, sitting right beside the polished glass and steel of an expensive, tall office building. They know the money pouring into the pockets of the people on the fiftieth floor is never going to trickle down. At least not to them. They don’t have many expectations

There is always someone sleeping in a recessed doorway in the building where I work. Sometimes several. Since the latest installment of “rob from the poor and give to the rich” there can be a small village. Tents made of tattered tarps and rescued plastic sheeting spilling down the handicap ramp, into the parking lot. Our lot is hot property. The people who own the company never yell at them or chase them away. They give them time to gather their things and clear out. It leaves them with some dignity.

When it gets cold, though, occupancy drops. Those nights it is only the lucky few who can fit in the small doorway. It is out of the wind and rain most nights.

If they are awake when I get there I talk to them. The editor of the local Street Speech (a homeless advocacy newspaper) told me most of them just long for a little respect, a little contact. Maybe the famed, elusive “milk of human kindness.”

They don’t expect much. Give them some dry socks without holes they are thrilled. A sleeve of snack crackers, jubilation. A cup of hot coffee on a cold morning, ecstasy.

It is almost a ritual the way he held the cup that cold morning. His hands, both hands, wrapped around the styrofoam, absorbing the warmth, watching the steam, his eyes happy, his smile sincere. He didn’t expect much, and the coffee brought him a little joy, the warmth unendurable.

“Oh, man this really hits the spot. First cup of the day, you know?”

But, I didn’t know. I drink my first cup in my pajamas, in my house. Not after a restless night of freezing temperatures, cars cruising past. If it rained I would still be dry. My coffee is enjoyed in a chair. I love the taste, the caffeine. To him it is more than coffee. It is ambrosia, he wanted to savor it, the warmth, the smell, it was a sensual experience. A relationship I couldn’t even begin to experience. And it frightens me knowing all the things I hope I never know.

“Just when you think you’ve lost everything

He had just finished stuffing everything he owned in a garbage bag and stashing it under a tree. His housekeeping taken care of it was time to enjoy the coffee. A minute of peace, a hot cup of coffee and his day was underway.

If you look downtown, really look, you will see bags. They might be trash bags, old worn suitcases, maybe big, stained, ratty looking back packs. They are stashed under trees, behind dumpsters, in basement window wells. Whole life’s stashed, hidden, treasures buried as well as possible. If someone important is coming to town the city will send sanitation workers dressed in rain suits and wearing rubber gloves to dispose of all the flotsam. The homeless problem is still there, but isn’t so unsightly. The haves still have, and the have-nots have even less, and everybody is happy. Except for the paupers who have to replace everything, but in this world they don’t count, not really.

I know my life is richer for talking to the people who have nothing. I know when I share a little, I get almost everything. Sometimes they make me laugh, sometimes they make me cry, but they always humble me with their gratitude. When they ask God to bless me for giving them a cup of coffee I understand wealth in a way rich people never will.

Our HEAD ABOVE WATER columnist Tim Clark has chosen his top five songs on the theme of A RICH MAN’S WORLD.

Vote for your favourite in the comments section below and Tim will create one his special and much coveted ‘The Winner is…’ videos to announce the winner, which we will then post on our Facebook page.

A note from Tim: When the Editor agreed to indulge my musical goofiness with the Jukebox I vowed I would try to keep it eclectic. I would go as long as I could without duplicating artists. Of course, it could only last so long. But, certain songs demand inclusion occasionally. This month I had to repeat two bands, and I apologize. I will try to return to regular programming next month.

Ashes to Ashes by The Del Lords

This song still hits hard. The Del Lords know how to lay it down.

The first time I heard this song it hit me hard. It was in the 80s and I thought musicians had lost the ability to take a stand. I was hooked.

Everybody Knows by Leonard Cohen

Nobody could make you feel quite like Leonard Cohen. He could really turn a phrase.

Will the world ever be rid of those who would be kings?

Things got a little heavy and I don’t like to burn that hot for very long. It is too hard on a man my age. Sometimes you just need to let your hair down and let the beat take you away. Just ask Baloo.