A LESSON ABOUT LOVE 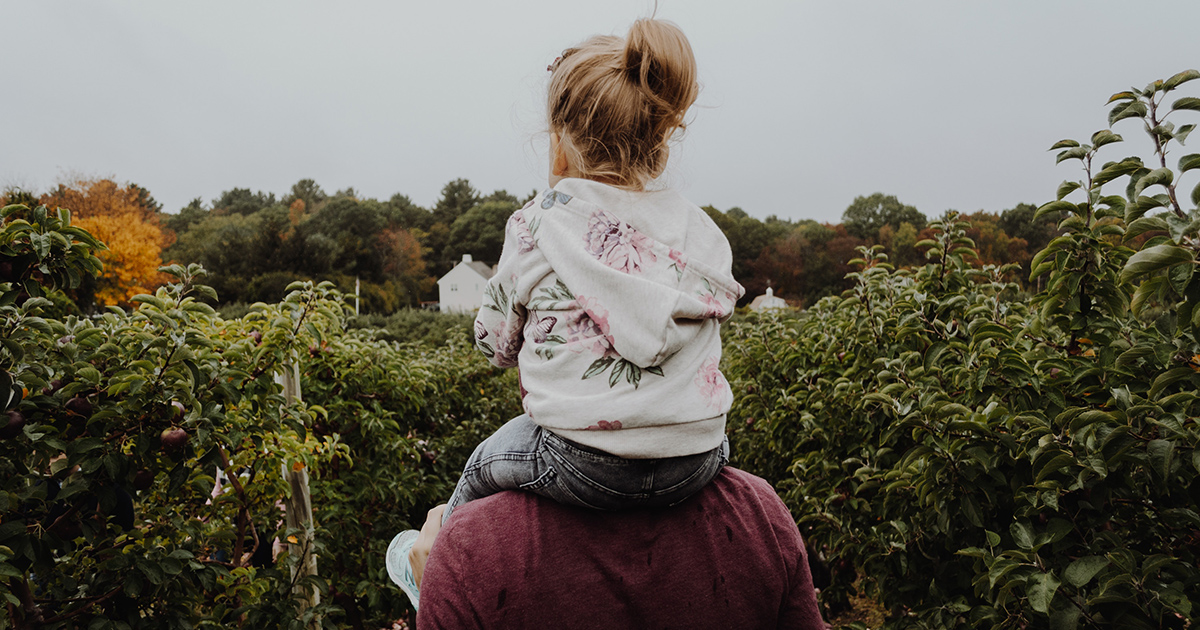 I dropped my daughter off at her mom’s parents’ house and lingered near the door to talk logistics with her mom. My daughter’s cousin was there with her new boyfriend, off in another room, talking and laughing.

My daughter ran up and took my hand. “Come meet Kevin,” she said. Her face was earnest, which is the most potentially devastating face a child can make.

This is not my world; I’m just dropping the kid off. And me venturing too deeply into this world can cause complications. A meeting can lead to my daughter asking me to stay a little longer, play a game, have dinner, stay the night. In these situations, I enter a room, nod and smile and exchange a few words while everyone involved remains uncomfortable until I leave. And then I say warm but firm goodbyes to my daughter. I go outside, with the sound of them laughing or talking fading until I close the door. Then, I am alone.

But she wanted to integrate me into the situation. She’s always doing that, trying to bridge this gap between these two halves of her life. There’s a balance that has to be maintained, but it’s a complex one. It’s not a question of simply drawing a line and never crossing it. Life is too messy for that.

When I think about this for too long, I feel terribly guilty. I wish that her life could’ve been ideal. I wish I could’ve sheltered her from the reality that relationships sometimes don’t work out. But there is another reality it’s important for her to eventually understand, a hard, revolutionary reality: divorce is an act of love and hope. Sometimes, you just have to do the best you can.

Her mother and I wanted our daughter to know that, if you’re unhappy in a situation, if you can, you should leave and try to find a better situation. That’s hard. It means setting aside the comfort of a familiar way of living, knowing it will take a long time to get back to something resembling normal.

The lesson I want to demonstrate for my daughter is that she has options. Sometimes, life is hard, but with some effort—usually a lot of effort—it can be really good. Better, even. At very least, it’s worth it to try.

My mother tried to teach me a similar lesson. When I was about my daughter’s age, my mother packed my sister and me up and stole away to her brother’s house in Missouri. She told our father and us it was a vacation. When my sister saw the mound of trashbags in the back of the wood-paneled station wagon, she realized this was permanent, and it was only when my sister and I snuck away to call our older brother that he and our father realized the truth.

I was young when this all happened. I mostly have second-hand accounts. They argued, often. There was drinking, late nights, mysterious phone calls. Along with these complaints about her failing marriage, my mother was motivated by the surety that she was developing symptoms for Huntington’s Disease, a debilitating illness that runs in our family. She’d seen her father die after struggling with it for years, his sense of self gone. She knew that her time was limited and she felt that she had to make a change.

It didn’t work, though. My father tracked us down with my and my sister’s help and brought us back. Don’t think my feelings about that aren’t complicated. All I can say is that we were children, very strange things were happening, and we missed our older brother and father. Our father had never believed that our mother was sick. We bought into this gas-lighting until she was diagnosed by a doctor. The story goes that he stood in her motel room doorway and wept when he learned. The messy divorce trial they’d been going through ended, and my mother decided to move back home to be with her kids while the illness ran its course. The hard truth she’d realized was that she wouldn’t be able to take care of us on her own. I can’t imagine what that must’ve felt like.

How would things have been different if she’d managed to start a new life for us in Missouri? Who can say? She made the decision she had to make with the time she had left. Things didn’t really change in her home life, but she was with her kids. It was not ideal, but she made the best of it. There wasn’t really a “good” option for her, I don’t think, and she took the best one she could.

I don’t have nearly as tough of a situation as my mom did. I just have to sit through awkward family get-togethers, deal with people I think might be secretly (or not so secretly) judging me. I live in a place I don’t want to live, without a support network, so I can be close to my kid. I do the best I can, as my mom did, as everyone does.