YOUR CHILDREN ARE REVOLTING! 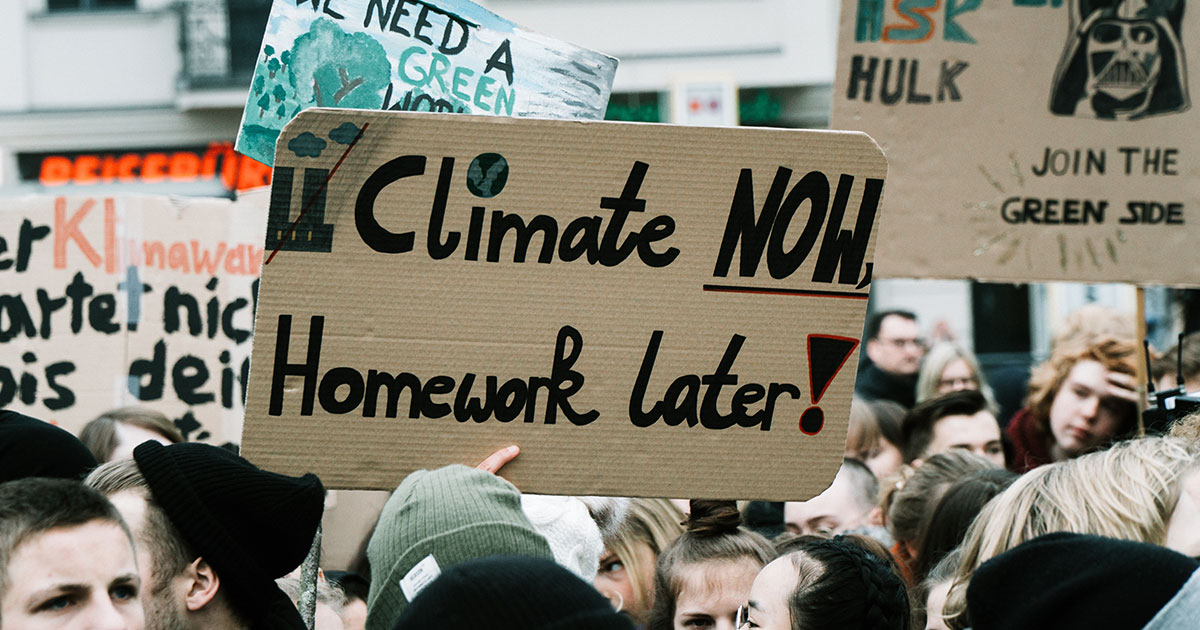 It may, or may not, have escaped your attention, but something seismic is taking place.

On March 15th, over a million school students and their supporters joined in a globally coordinated protest – a climate strike – to call for immediate action to avoid catastrophic climate breakdown.

This is, frankly, an unprecedented movement, headed up by a teenage girl, who less than a year ago sat alone in front of the Swedish parliament demanding that something be done.

Admittedly, these are unprecedented times. Times in which the global population is being asked to sit and watch as the rich and powerful drive the planet over the precipice. Times in which all the critical indicators of ecological collapse – CO2 emissions, methane emissions, global warming, extinction rates, deforestation, ocean acidification, soil depletion, loss of drinking water – are still increasing, in spite of our decades-old, detailed knowledge about the existential threat they pose. Times in which our rulers expect us to ignore the suffering and devastation we are building up for ourselves and future generations for the sake of the profits of the super-rich.

The school student climate strike movement –#FridaysForFuture – is first and foremost a movement for intergenerational climate justice. What is there not to understand? These are the young people who can see the world – the world they are set to inherit – going up in flames before their eyes. They can see the corrupt inaction of the political caste for what it is: a call to collective suicide. Their strike action is the only logical response to such madness.

I’ve said that the movement is unprecedented. Indeed, it’s difficult to find any historical parallels. Perhaps the events of May ‘68 in Paris come close, but then it was rebellious students joining up with striking workers that gave France its revolutionary moment. Here, it is something very different: Teenagers, children even, are simply demanding the right to have a future. But, like ‘68, the movement is starting to have a ripple effect.

More than 23,000 scientists from Germany, Switzerland and Austria have signed a declaration in support of the #FridaysForFuture movement.  Education International, a global trade union federation representing over thirty-two million teachers and other education employees, also issued a statement in support of the students striking for climate justice:

‘Education unions stand with the students. We urge governments to make the necessary structural changes for a just transition towards a climate-resilient and low-carbon economy. Climate change is not combatted through the “good behaviour” of consumers. Coordinated and sustained participation of students and workers and their representatives may be the first step towards climate justice. We stand by students in the demand for urgent climate action and a just economic transition.’

And in an opinion piece for the Guardian, UN Secretary General Antonio Gutierrez wrote the following:

‘These schoolchildren have grasped something that seems to elude many of their elders: we are in a race for our lives, and we are losing. The window of opportunity is closing – we no longer have the luxury of time, and climate delay is almost as dangerous as climate denial.

My generation has failed to respond properly to the dramatic challenge of climate change. This is deeply felt by young people. No wonder they are angry.’

He went on to say that he was calling world leaders to come to a climate summit in New York in September, with the aim of “reducing greenhouse gas emissions by 45% over the next decade, and to net zero by 2050.”

With all respect to the good intentions of Secretary General Gutierrez, our faith – if we ever had any – in so-called world leaders is shattered. Not a single one seems seriously prepared to implement the world-saving measures needed within a timeframe commensurate with the scope of the emergency, i.e. immediately.

That means that the only way forward for the climate movement is to continue to build and defend mass, non-violent action.

The struggle for intergenerational climate justice is morphing into the definitive issue of our time. More and more young people are grasping this fact, along with its urgency and the need to act now. For those of us too old to be directly involved in the school strike movement, the challenge is to bring the issue of climate collapse into our daily lives, our workplaces, and our communities. Apart from joining in, and escalating protest action, at the very least we need to be taking a stand.

The Swiss city of Basel recently declared a Climate Emergency in support of the school strikers. And here’s the interesting thing – Basel’s city administration majority is not made up of tree-hugging crazies, but just run-of-the-mill liberals and social democrats. It’s not earth-shattering, but it’s a start, and a clear signal, and certainly something that we ought to be emulating.

Whether we want to admit it or not, we are living through a historical moment, a moment of planetary crisis that can only deepen, the more it is ignored. The moment is calamitous in its potential for tragedy, but also rich in its potential for sacrifice, heroism, and commitment to the common good. Rich even, in its myth-making potential. Like Joan of Arc on steroids.

Take a look at the leadership of the global school strike movement. They are, almost without exception, girls and young women. This is no coincidence. Although they are focused on the issue of climate justice, their movement represents an implicit revolutionary challenge to the entire system of capitalist patriarchy, in its insistence on an extractivist, ecocidal worldview and economic model that is antithetical to life itself. Their rebellion negates head-on the self-proclaimed right of rich old men to take the world down with them when they die.

This is the wildest vanguard the world has ever seen.  A peaceful army of youth dedicated to non-violence and saving the world, led by young women. We older generations have yet to match the example they have set.

In case you hadn’t noticed, your children are revolting. Be proud of them.