WHEN THE LAW OF THE LAND IS IMMORAL 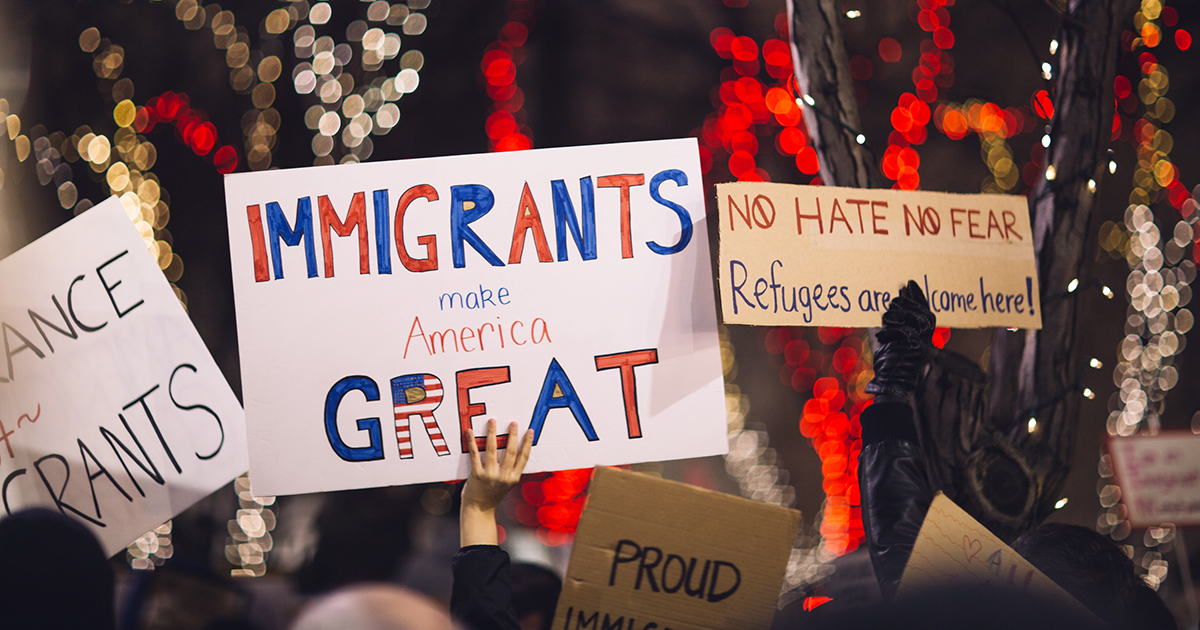 During the 2016 election cycle, Candidate Donald Trump spoke with dystopian fervor about restoring “law and order” to the social fabric of the United States. President Donald Trump’s zeal for the rule of law, however, appears to wane dramatically when he discovers those rules place any constraint on his own executive powers.

Since his inauguration, President Trump has made notorious comments about the judicial branch, mocking the “so-called judges” who threaten to limit any of his executive power. These remarks suggest that, for President Trump, the rules and laws which govern our land are not the guidelines and parameters that give definition to our common life as a society. Rules and laws are just obstacles to his ability to achieve his, and his advisors’, agenda without restraint. Initially, it looked like judges would be able to keep the more blatant elements of white supremacy at bay.  Unfortunately, it seems that over the past several weeks Trump and his team have learned to become more effective exploiters of rules.

Take, for example, the revised Executive Order on immigration that the White House released on March 6. Federal judges easily struck down the original executive order for its blatant violation of the Constitution and its disregard for the welfare of many legal U.S. residents. In the days—indeed, hours—after the original order came through, stories circulated around the world about individuals turned back at airports, families divided, and refugees stranded in limbo. On the surface, it would seem the updated order addresses some of these issues. The new order will not go into effect for ten days, giving travelers and visa-holders time to make arrangements rather than being stranded and possibly stateless. The writers even omitted the language indicating the government would give priority to non-Muslim asylum seekers (when and if the country starts accepting refugees again).

This new travel ban admittedly seems to play by the rules that govern our society. All the same, “playing by the rules” is not the only metric by which we should evaluate the policies that shape our common life. Being legal does not make this new order moral. The updated version remains as immoral as the original. Yes, those who drafted this new order have done a better job of obscuring the fact that the aim is to target and inhibit as many Muslims as possible from entering the United States. For a government run by a party that cries out for religious freedom at every opportunity, one gets the distinct impression that religious freedom applies predominantly to those who are white and Christian.

As problematic as the basic travel ban may be, the treatment of refugees remains utterly indefensible. For the most powerful nation in the world to close its doors to asylum seekers—even for a matter of months—is unconscionable at any point. It is morally repugnant when our planet is experiencing the worst humanitarian crisis since 1945. What I cannot and will not understand is how so many Christian leaders support closing our borders to families and children desperately in need of sanctuary. All in the name of security—as if preserving our safety is a greater moral and spiritual imperative than helping those in acute, desperate need.  I spend my life as a Christian leader urging my congregation to follow the example of Jesus. Our entire faith is centered on a teacher who willingly sacrificed his life for the sake of other people. I must confess I find it hard to see the moral imperative to turn away those in need out of concern for our own well-being.

No one needs me to recount all of the ways in which this immigration policy will fail to achieve its stated purpose of ensuring the safety of American citizens. On the other hand, one might reasonably assume that the order will achieve the underlying purpose of protecting Americans from encountering those from diverse perspectives and backgrounds. It will achieve the dubious benefit of sheltering Americans from coming face to face with those who have suffered first-hand the horrors and atrocities of global warfare. The executive order will protect many Americans from being put in situations where we may need to form first-hand personal relationships with men and women who faithfully practice Islam.

All of this is perfectly legal. There are no rules or laws that restrict our government from placing a hold on refugees. Our president and his administration are playing by the rules to get their “Muslim ban” in everything but name alone. President Trump certainly has learned how to exploit the rules to get his own way. The trouble is he can only do so by violating unspoken rules of democracy at the expense of the common good. “America First” is not a rule which I want to follow.