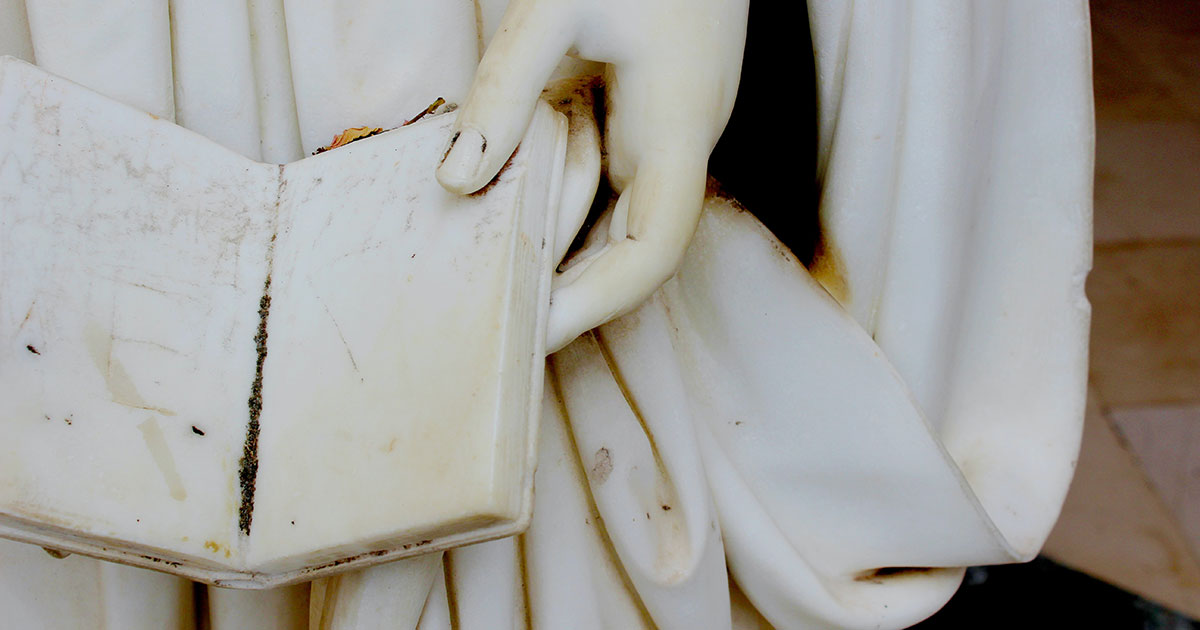 “They are not demons, not devils…
Worse than that.
They are people.” [1]

I was a gifted child. Not in the traditional way. Brutal intellect was beneath me. My gift was an odd installation of a minor, focused clairvoyance. I could see the power flow through the chain of human interaction.[2] My first day at school was terrifying and it lasted for my entire education. There was so much energy and authority flowing from the nun teaching 1st grade at Saint Patrick’s Catholic School you didn’t need a gift to see it. If you were unfortunate to be blessed with an extra sense [3] it was almost crippling.

The longer I went the worse things got. In 5th grade I swear the nun could chop a Volkswagen Beetle in half with her yardstick. It was a special brand of ruler, made from a unique hardwood, pressed and cut in strips with a terrible mass, fired through the red-hot anger created by herding elementary students from 1st grade to sixth grade. The horror…

High school was worse. The halls were lined with teachers, malignant sneers etched into the fleshy, pocked, cynical, mature faces. They roamed the halls with a terrifying malignance. I saw two of them shove a student into his locker. It was a spine-tingling laugh howling through the building. I still have nightmares, the harsh, cruel, hateful sound of their voices as they congratulated each other.

They even had a special room right in the middle of the school: “The Teacher’s Lounge,” where they would gather, and sacrifice small animals, or students to the gods of education. I never saw inside that room, I didn’t want to. One time one of the history teachers, who happened to coach the football team, was standing in the doorway, I walked past wanting to glance inside, but knew it would be a mistake. Who knew what kind of Goya drawing waited in there.

Bam, the coach grabbed him by the collar and threw him into the room. His copy of Lord of the Flies bounced off the wall and slid to the middle of the hallway. It was a physics experiment, the law of fluid motion. Everybody walked around the small book, actively ignoring it, but afraid of the bad karma rising from the pages. The student was never seen again.[5]

All that wasted time. And it still haunts me. All the things I don’t know, all the knowledge people were willing to share, all I had to do was listen.

Several years ago we went to the Macedonian Festival at the Macedonian Orthodox Church. It was amazing. There was ethnic music, roasted animal of some type turning slowly over an open fire, exotic foods with names I couldn’t even begin to sound out, colorful, flowing clothing. I talked with one of the priests from the Church and he explained the symbolism behind the elaborate, detailed, beautiful murals painted on the walls of the chapel. It was gripping. I had to find out more.

Unfortunately, I had no idea where Macedonia was. Hardly surprising, I wouldn’t have been able to point out Nevada, or Massachusetts on a map.

Apple Maps helped me find Macedonia, now North Macedonia. It is just north of Greece, which is odd, because I always thought Greece was an island. What an idiot.

Alexander the Great was Macedonian, I had no idea.

There is a library app on my phone, and I downloaded an audio book about Alexander the Great. My eyes were opened, it was like a slap in the face. Reading (or listening) about Alexander piques an interest in Philip, his father. Philip told the Spartans, “If I invade Lakonia you will be destroyed, never to rise again.”

The Spartan reply was amazing. “If.” One word containing the embodiment of an entire society. I had to find out more. Turns out the word laconic (“adjective, using or involving the use of a minimum of words, to the point of seeming rude or mysterious”[6]) comes from Lakonia, the home of the Spartans. Who knew?

If you read about Philip, or Alexander, or the Spartans you have to dive into the Great Persian Empire. Then you need to find about Rome, from there it’s Vandals and Goths and Huns. Then you have to, and I mean have to, find out all you can about Genghis Khan. Which, possibly presaged the Black Plague, which helped fuel the anger leading to the Protestant Reformation. It is a trap, you are sucked into curiosity. Knowledge for the sake of knowledge. Go figure.

And, finally it hit me. That’s what all those teachers were trying to tell me, all those years ago. Learning is cool. Though I still haven’t found a use for algebra, or geometry, and I still can’t diagram a sentence and have no idea what it means to conjugate a verb. I think I should take this opportunity to apologize to every teacher I ever had. You deserved better, and it is one of my greatest regrets.

[1] Andrzej Sapkowski, The Tower of the Swallow.

[5] That never happened, and if it did I wouldn’t talk about it anyway, I know better.