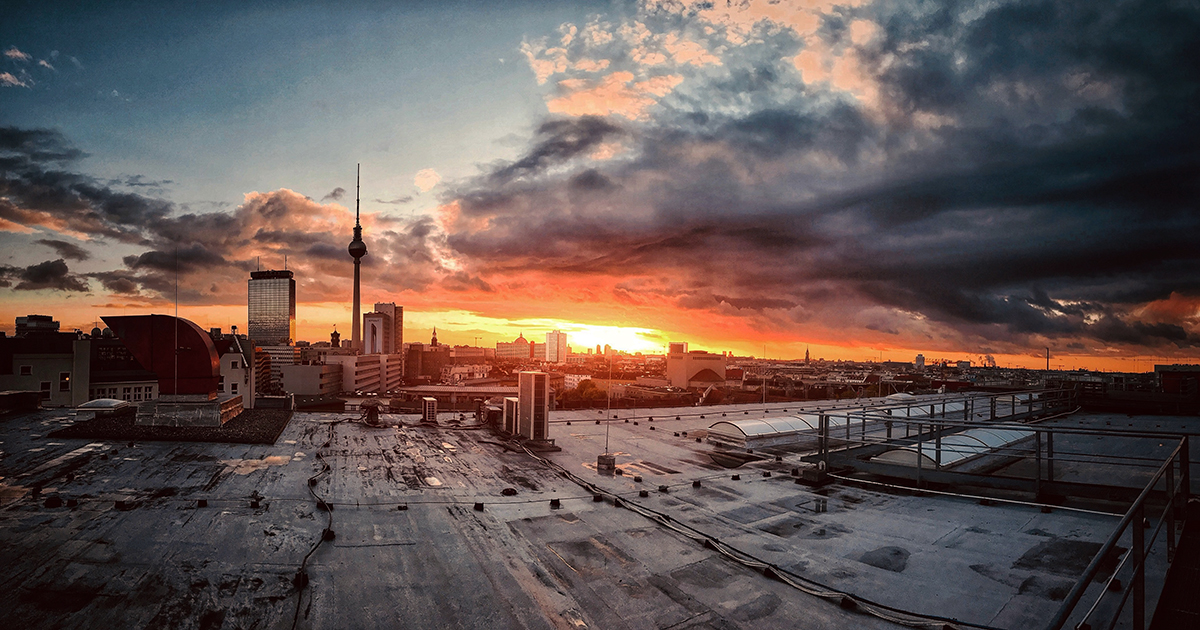 Last week, I got pulled over by the police on my bicycle, here in Berlin. When my brother reads this, he will laugh in that bursting way that toes the other side of the laughing at you versus with you line.  There may be an incident from my university days which also involved a police officer and a bicycle, which he witnessed. You know how some people just always get caught? I am one of those people.

This time, my infraction was riding through a red light. The officer claimed the light was red for “at least seven seconds,” which I find absurd for several reasons. The precision of seven seconds is just so utterly German. And also, it was probably more like three. Just a few seconds, anyway, is my point. There were no side streets, no pedestrians in the cross-walk, and I was late for a doctor’s appointment. Plus, the bike in front of me also had not bothered to slow down. The police officer was hiding behind a parked car, from where he jumped out and pulled us both over. A delighted neighborhood busybody waddled up next to us to harrumph and nod her head along with the cop’s lecture. She punctuated it with a loud and solicitous, “Danke, officer, for enforcing traffic laws and ensuring the safety of all residents.”

This was the first moment in three years that I felt myself resentful of my new country. Germany, with its love of rules and precision. Berlin, the city that will ignore intravenous drug use on a subway platform, but has no patience for jaywalking.

Culture shock was once best explained to me as an emotional rollercoaster in the shape of an M. In the beginning, the honeymoon phase, everything is new and exciting. This period is followed by frustrations and adjustments, ups and downs that you experience as you settle in to a place.

There is no doubt that I have been in the honeymoon phase since we moved to Berlin three years ago. My beloved Berlin, with its democratic socialism that provides an affordable cost of living, state-sponsored parental leave and monthly stipends for each child, free daycare, a general sense of live and let live, and social freedoms that include public alcohol consumption, curiously combined with a culture of social responsibility… has been heaven. For three straight years, I have been asking myself when the honeymoon phase will end.

Last month I had the opportunity to travel to Indonesia for roughly two weeks, as part of my day job. Although I spent my twenties traveling regularly, it had been several years and two kids since I had left the Western world. My pre-departure anxiety settled in with the familiarity of an old friend, picking up right where we last left off. In 2005, this meant I was in the fetal position of a hotel room floor, sobbing to a friend, the night before I moved to Korea. This time, pre-departure anxiety simply kept me awake every night in the week before my flight, and snapping at my husband over minor annoyances.

In the days leading up to my departure, several well-meaning friends encouraged me, “Have a great time! Don’t feel guilty!” Don’t feel guilty? It had not crossed my mind to feel guilty. Yes, they were referring to leaving my children. My children, who were with their father, who was supported by my very capable parents, who were visiting at the time. I texted my most honest mom friend (every woman needs That Friend), “Sorrynotsorry has become guiltynotguilty.” As in, I feel guiltynotguilty for leaving my children with their loving father and grandparents so I can go on a business trip that is important for my career.

A favorite part of traveling, for me, is learning the obvious experientially. For example, I knew that Indonesia is near the equator, which means it is hot. What I did not register, however, was that the sun would rise and set at roughly 6:00 every evening and morning. This means that if you are working long days, staring at a projector screen and discussing project design while staring longingly at the beach next to you… then you will be eating dinner in the dark every day, rather than taking an after-work swim.  I was not prepared for these long equatorial nights.

Summer started and stopped in Berlin this year. Fake summer, if you will. After a record heat wave in June, when I was in Indonesia, the weather turned cold in July. Cold, meaning the 50s each morning; a daily high in the 60s. This is known as 15 degrees in Europe, apparently. I am still not adjusted to Celsius measurements.

My four year-old has begun throwing daily tantrums when getting dressed in the mornings. Despite what all the parenting books say, it does not placate him in the least when I agree that it is some kind of real bullshit that it is supposed to be summer outside and we have to wear pants. He wants bare legs, not empathy. We are both in the frustrated phase.

Our days are bookended with another tantrum about going to bed while it is still light outside. I feel guiltynotguilty for ruining his childhood, and tell him sorrynotsorry, it’s time to go bed. His father, the better parent, sits on his bed with him until he falls asleep. I grab a jacket and a beer, and go for a walk in the sunlight, grateful to be home.