A new serial about a woman, her men, and a crankiness that may, or may not, be justified. 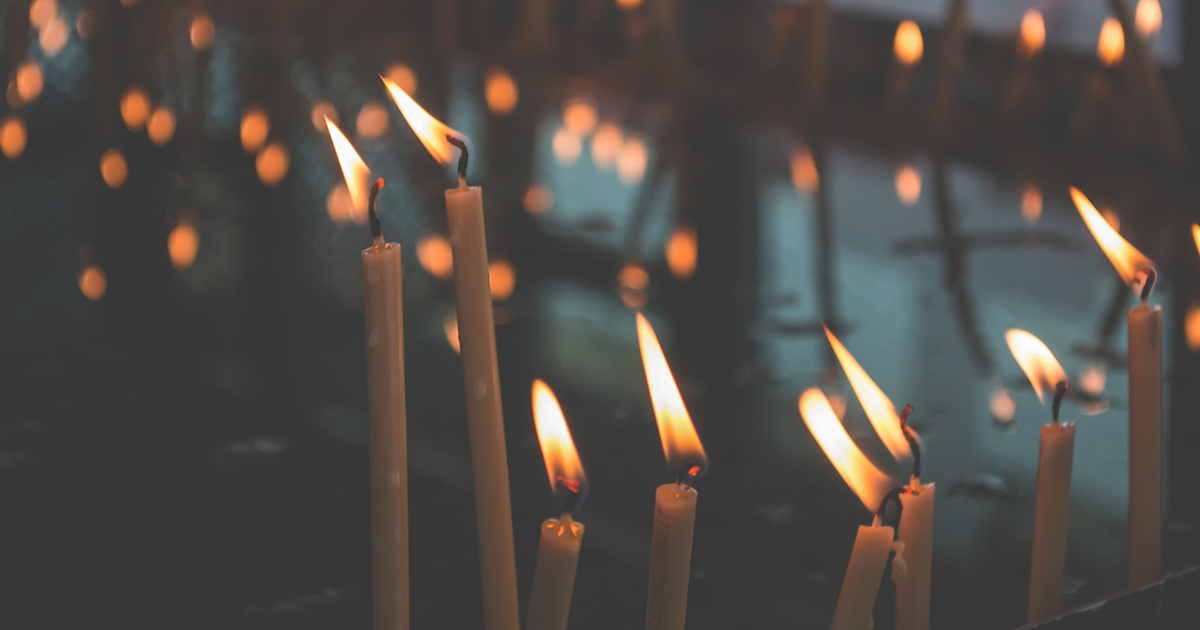 Season of the Witch

Installment Eight: In which our hero indulges in Halloween hijinks.

Like most kids, I loved Halloween—and unlike most adults, that enthusiasm persists. Which is why, even though I have no plans this year, I’m wearing silvery face powder, pale lavender lipstick, and a lacy black dress with a long, narrow-cut skirt. The result is both cadaverous and fetching, at least that’s what I’m aiming for. But so far, none of the trick-or-treaters who’ve shown up at my door have noticed. They’ve only had eyes for the heaping bowl of Reese’s peanut butter cups I set on the hall table amidst a scattering of yellow leaves, the closest we get to autumnal drama here in California. I miss the blazing oranges and reds of back east.

It’s closing in on nine, and the thin trickle of princesses, superheros, and Trumps seems to have stopped. So I pour myself a grown-up treat, a glass of good cabernet. I’ll try to resist, but I know myself: By the time I get around to a second glass, I’ll decide that cab and Reese’s make an excellent pairing. And if you can’t indulge yourself on Halloween, then when?

The doorbell rings. I open the door and see a man standing there. “Err…Happy Halloween?”

Instead of replying, the man looks down and I notice a small girl cowering behind his thigh. She’s wearing a what’s-her-name from Frozen mask, but is otherwise costumeless.

“What do you say to the lady?” the man asks, gently prying her from his leg.

“Trick or treat,” the girl drones in cheerless singsong.

The man looks at me with a curiosity that makes me curious, too—until I remember my horror vamp get-up. At last, someone has noticed.

Watching him laugh, I decide he’s attractive. Maybe a shade under fifty, with graying hair and green eyes set deep under heavy, still-dark brows. He has broad shoulders and compact hips, though he’s shorter than I usually go for. And of course, there’s the matter of the urchin who’s combing through my candy bowl, apparently searching for something other than Reese’s.

“Actually, I’m Brian. Nice to meet you. And this is Marcy.”

Realizing she has no other choice, Marcy has scooped up all the candy that can fit in her stubby hands.

“No, it’s fine. I’m sure you’re my last visitors tonight, so Marcy’s welcome to the rest of the candy.”

“Really, are you sure?” Brian asks.

Without waiting for an answer, the girl empties the bowl into a paper sack imprinted with a hag on a broomstick. I peer into Marcy’s mask and see red, runny eyes. She’s been crying, or maybe she has a cold.

“Say thanks to the nice lady,” Brian tells his daughter, who ignores him.

He turns to me. “My wife has a migraine, so I got drafted into escorting Elsa the Snow Queen tonight.”

“Have you lived in the neighborhood long? I don’t think I’ve seen you guys around.”  It’s a lame thing to say…I mean, how would I even recognize the urchin sans mask?

“About a year. We’re just down the block.” There’s a definite something in his look. “How long have you—”

He interrupts himself to address his daughter. “Damn it, Marcy!” he says in a tone that freezes the girl like a death ray. She’d been wiping chocolate-smeared fingers on my entryway’s pistachio-colored walls. “What makes you do these things?” Brian turns back to me. “I’m so sorry. She’s been in a foul mood since her mother bailed out on her tonight.”

“Don’t worry about it. I’ll get something to wipe her hands.”

I return from the kitchen with a roll of paper towels and hand it to Brian. He wipes his daughter down and ushers her out the front door. He turns to me and hesitates in the doorway, looking past me into the living room, taking in the flickering jack o’lantern and the open bottle of wine.

“Bye now, honey,” I shout over his shoulder at Marcy. I turn to Brian and point to the handprints on the wall. “If you want to be a good neighbor, maybe you can come back later and clean that up,” I hear myself saying in a low, certain tone. Before he can respond, I gently push him through the door and close it behind him.

Pinpricks of sweat rise on my face. My body feels tight or, more accurately, coiled. I am appalled and delighted with myself. My mind flashes to an image of Brian’s wife in a migraine swoon with an ice bag on her head and I’m hit with a wave of guilt. But what, really, am I guilty of? I’ve never met the woman, and I haven’t done anything with her husband. I had a chance to flirt a bit on what was otherwise a lonely Halloween, and I took it.

I pour myself another glass of wine.

Brian returns within an hour and informs me that he’d put Marcy to bed and given his wife a second dose of her migraine medication. “She’ll be out for the night,” he says, his eyes probing mine.

I don’t really know what to do besides continue with the half-assed roleplay I’d started. I hand him a paper towel and a bottle of spray cleaner. “Here.”

He looks at me uncertainly, then shrugs, gives the wall a few squirts, and wipes at it ineffectually. I lean against the opposite wall, breathing deeply to slow my racing pulse. I feel both ridiculous and thrilled.

“All done,” Brian says, turning back to me. “Can you spare a drink for a hard-working man?” His smile fades as we stand staring at each other.

“Sure, if that’s what you are.” Pouring Brian a glass of wine with a shaky hand, I wonder where my tough-broad persona is coming from. Some old Ida Lupino movie, maybe. Stilted as it is, the gruff-sexpot approach seemed to be working. I hand Brian his glass. “Let’s sit in the living room.”

I lead him over to my jungle-print couch, part of the room’s subdued tropical motif, which includes an overgrown rubber plant, a framed Rousseau print, and a wooden jaguar I picked up during a vacation in Mexico.

“From what I can make out, this is a nice place.”

I gesture towards the jack o’lantern I’d carved that afternoon. “I was going for Halloween atmosphere. Do you want more light?”

“No, I’m fine.” Brian settles on the couch with his knees spread wide apart.

“Why do men sit that way?” I ask, taking a seat beside him.

The question had bubbled up without thinking; I am definitely tipsy. Since I can’t see how to take it back, I run with it. “You know, with your legs spread like that. Men sit like that all the time, even when space is tight, like on a bus. The poor women next to you have to make themselves as small as possible. Why do guys need to take up all that room? Do your balls need to breathe?”

“Not that many women would mind being mashed by you,” I throw in, hoping to rebalance the sexpot-to-gruff ratio. My god, I’ve been at this for decades…how can I still be so horrible at it?

Donovan’s “Season of the Witch” comes up in Spotify’s Halloween playlist. Brian drains his glass and looks over at me. “You’re a strange one, you know that?”

“How about this one?” He leans forward and kisses me.

It’s a slick move, but the thrill is stillborn. Brian’s breath smells like air trapped in a hot attic, and his tongue vibrates pointlessly against my back teeth. Again, my thoughts flash to his wife: a woman I’ve never met, but with whom I’m now forever united, thanks to our shared experience of Brian’s less-than-magical mouth.

I pull away. “Uh…you’re very attractive, but I don’t feel good about this.”

The word that pops into my mind is cocksure…what a perfectly apt term that is. “I’ll admit I did start this, but I shouldn’t have. It’s Halloween and all and I…look, I’m sorry.” Part of me really is, although another part thinks he should be the one apologizing. Maybe not to me, but to his wife. I may be a drunken tease, but he’s a sober cheater.

Brian sits upright, making himself as tall as his short stature allows. “Well, at least Marcy got a lot of candy, and you got your wall cleaned up,” he says with a mirthless smile.

Thanks to that smile, I noticed that his eyes are squinty and cold. Shifty, like a bounty hunter in an old Western. I’ve never been in exactly this situation before, but I’ve been in similar ones, when a man shuts off his charm the moment he gets what he wants…or realizes that it isn’t in the cards. It’s a chilling moment, and I’ve been through it so often, I’ve lost count.

And this, ladies and gentlemen, is the gender I’m genetically programmed to mate with. Not for the first time, I wish I were a lesbian. I stare at Brian, unwilling to say or do anything to break the awkwardness of the moment.

“Um, I’d better go. Thanks for the drink.” He gets up and heads to the door. I stay on the couch until I hear the click of the latch.

I go into the kitchen and, to my dismay, discover that we’d killed the bottle of wine. Alright, it was mostly me. I consider opening another, but I’ve had quite enough to drink, as demonstrated by my behavior tonight.

I open up Facebook on my iPad, though I’m well aware that comparing my Halloween of bad romance with my married friends’ photos of adorable costumed kids, and my single friends’ shots of themselves looking sexy at ironically gothic parties, is just going to make me feel worse.

And it does. But after inundating me with a load of pictures of children and adults dressed as goblins, Facebook sends me my very own ghost: a friend request from my ex-boyfriend Mitchell.

I almost click on the “Accept” button right away, but my judgment is clearly off tonight. I’ll decide tomorrow. 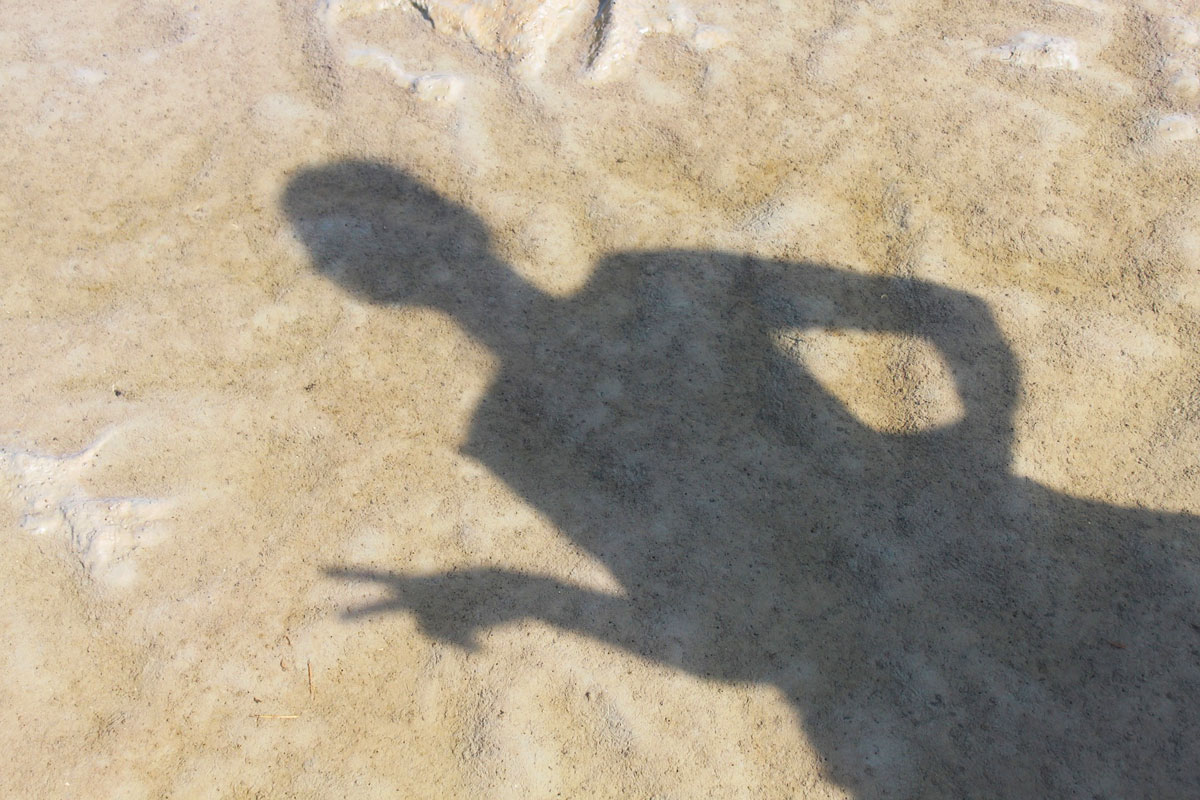 Nan DePlume is a writer who has lived in various spots in America and Europe. She enjoys Internet videos of cats tackling toddlers.